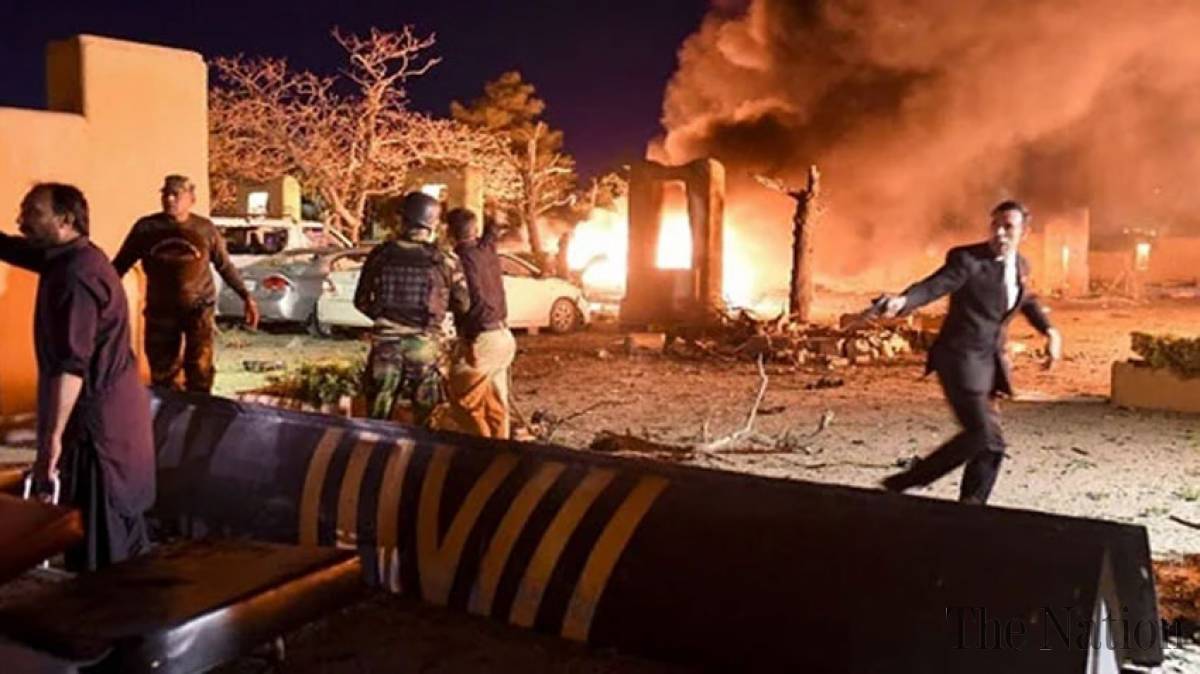 In the blast in a hotel parking in Quetta, five people were killed and 10 injured. At the time of the blast, some important personalities were present in the hotel for iftar. According to the police, the explosive was put in a vehicle. The area is generally considered a secured one. Despite that a vehicle with an explosive could enter the area; it raises questions on the security preparedness of the law enforcement agencies. The lapse should be investigated and the guilty be punished.

Interior Minister Sheikh Rasheed has said that the blast in a five-star hotel in Quetta was a suicide bomb attack and the bomber was sitting in his vehicle. The minister said that it seems the country was facing a new wave of terrorism. There would be more such attacks in Pakistan. Sheikh Rasheed said that the enemies of the country cannot see Pakistan developing and making progress and they were behind this attack. Efforts are being made to weaken Pakistan from inside. TTP-like groups are being enabled in Afghanistan to attack Pakistan.

It is reported that TTP has claimed responsibility for the attack. When Sheikh Rasheed referred to the reports that TTP was being enabled in Afghanistan, he was pointing towards this reality. But because of diplomatic compulsions, he could not divulge much. Prior to the attack, President Ashraf Ghani had issued a statement, asking Pakistan to decide whether it wanted to be friends with Afghanistan or remain an enemy. The statement was undiplomatic and an open threat. Ashraf Ghani is not acceptable to the people of Afghanistan. The Taliban controls large chunks of the country. To save his position, Ashraf Ghani tries to drag Pakistan into the issue.

Ashraf Ghani and many others believe that Pakistan can convince the Taliban to concede to certain demands from Kabul. But that is not possible, as it has been made quite clear by both the Taliban and Pakistan. After the withdrawal of the foreign troops, the Taliban is going to be the strongest player on the ground. They are ready to reconcile themselves with other factions. The reports that TTP was being readied in Afghanistan imply that Kabul has been trying to create troubles for Pakistan. In the past, Afghan territory has been used for carrying out terror attacks inside Pakistan. This time, India could be behind it… All the same, if the Quetta blast was a sign of new terrorism in Pakistan, then all political forces need to unite to defeat it.