Sheikh Hasina refusal to be part of any war 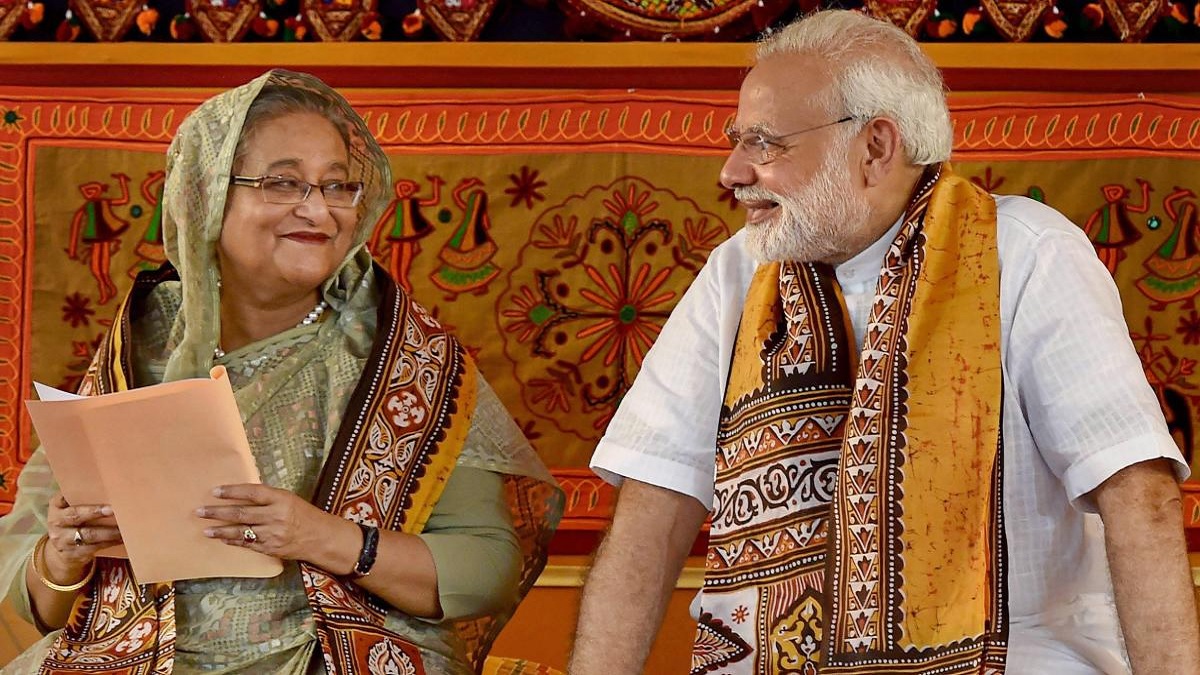 26 March 2021 will always be remembered as a dark day in India’s Bangladesh relations. As soon as the speech of the Indian Prime Minister was over, Sheikh Hasina made it clear that Bangladesh does not want to go to war with any country in the world including Pakistan and China. Indian Prime Minister Modi went to Bangladesh to hit two targets with one arrow but the Bangladeshi PM Shaikh Hasina made it unsuccessful. Modi wants to give the impression that India attaches great importance to Bangladesh with his visit. He also visited Kandy Thakur Bari to win the hearts of the Bengalis hoping it would have a positive impact on West Bengal Assembly elections.

According to the Daily Star, Dhaka, when Modi arrived in Dhaka on 26 March 2021, on his first foreign visit since the outbreak of the Corona epidemic, he was welcomed by the Prime Minister of Bangladesh Sheikh Hasina. However, the student body of Jamaat-e-Islami was staging massive protests against Modi’s visit to all Bangladeshi universities. During this visit, Modi appeared nothing more than Bol Bachchan. The biggest dispute between India and Bangladesh now is over the distribution of Teesta waters. There was a lot of goodwill talk during the visit but no solutions were provided to this major issue.

It is true that India has the best of relations with Bangladesh among its neighboring countries and Sheikh Hasina’s government is considered pro-India. But in recent years anti-India sentiments have been growing in Bangladesh as well. One of the reasons for this is the death of some Bangladeshi nationals in the firing by the Indian Border Forces. Relations between the two countries could have been better if India had helped Bangladesh in infrastructure and other essential areas during 2017-18, but now China is doing it all and Bangladesh is leaning more towards China than India. Therefore, the reaction of the Bangladesh government to the protests against Modi’s visit was not that intense.

During his speech, Narendra Modi kept trying to get Bangladesh and Pakistan to fight each other, but Sheikh Hasina has disappointed Modi by announcing that she does not want to go to war with any country.