Self Help Groups providing wings to women in ‘Naya J&K’ 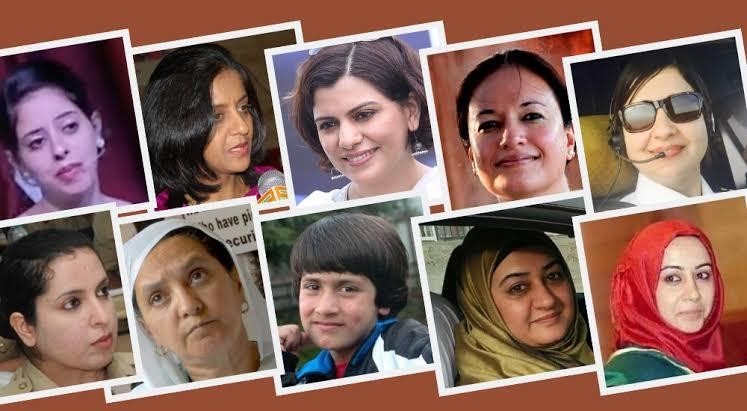 The Self Help Groups (SHGs) are scripting a new chapter in ‘Naya Jammu and Kashmir’. The government has provided wings to the aspirations of rural women in the Himalayan region by introducing various schemes under the SHGs. The J&K administration has embarked on a mission to form 11,000 new self help groups in the Union Territory by the end of this year. At present, there are more than 56,000 SHGs in J&K and as many as 5 lakh women are associated with these groups. Last year, J&K Lieutenant Governor, Manoj Sinha had stated that under the guidance of Prime Minister Narendra Modi and Union Home & Cooperation Minister Amit Shah, the country is witnessing renaissance in Cooperative movement to address the developmental needs of underprivileged sections of the society. He had asserted that the J&K Government won’t leave any stone unturned to carry forward the mission of PM Modi and Amit Shah. “The new self help groups will be formed to give new impetus to entrepreneurial women organisations,” LG Sinha had said.

After August 5, 2019, when the Centre announced its decision to abrogate J&K’s special status and bifurcated it into two union territories-the helmsmen in the Himalayan region have been working hard to truly realise the Prime Minister’s vision of ‘Sahkar se Samriddhi’. They are focusing on agri-marketing, food processing, branding, supply of seeds and other innovative activities in dairy & handicrafts and the women have become an integral part of the mission. According to the official figures, about 55 per cent gram panchayats have been covered under women SHGs in J&K and the efforts are on to expedite the initiative to make women financially independent. The formation of SHGs has helped in bringing transparency in selection of beneficiaries of government schemes. In order to popularise the SHG concept in J&K, the government has involved women from SHGs of Andhra Pradesh, Kerala and Bihar as resource persons. They are reaching out to women in the rural areas and explaining to them the benefits of joining the SHGs. The target is to cover the remaining 45 per cent gram panchayats by the end of this year.

In January this year, the Institute of Rural Management undertook a study for the rural development ministry to assess financial progress, quality and sustainability of institutions built and financial services provided to women SHGs. The impact of the initiative, under the DeenDayalAnyodaya Yojana National Rural Livelihoods Mission, was found positive. The reforms introduced by the government after abrogation of Article 370, a temporary provision in the constitution of India, to identify women’s potential in the leadership role and providing them opportunity to scale up their businesses have changed the lives of the fairer sex in J&K. The initiatives like Saath, Hausla, Umeed, Tejaswini have laid a strong foundation for financial independence of rural women.

Technology, market dynamics and financial inclusion are providing an opportunity to transform the women Self Help Groups. These groups are creating a niche for their products in a fiercely competitive global market and are proving to be an inspiration for the other women. The women SHGs in the far-flung rural areas are keeping the wheels of socio-economic progress moving. This has helped the government to reduce disparities, inequalities in the society and create employment. On the occasion of Independence Day (August 15), the government is all set to honour 75 progressive women entrepreneurs from Rural Livelihood Mission Self Help Groups as an acknowledgment for their contribution towards women empowerment. The SHGs are organising workshops for women in different areas to boost their confidence. The success stories of women are being shared to make the fairer sex in the rural areas believe that they have the potential to become like their counterparts. Many women during the past two years have turned from job seekers to job providers. The SHGs have connected thousands of females and have provided them with an opportunity to interact with other women, to know their thoughts, livelihoods as well as about several government schemes. The SHGs are working hard to inculcate the habit of saving and banking among the rural women, to develop a relationship of trust between the rural women and the bankers, and to develop group activity so that women can become successful entrepreneurs. Women like Kaushaliya Devi of village Bali, Chenaniin district Udhampur have become role models. Her story from rags to riches is just one of the examples about how SHGs have changed the lives of women.

While sharing her experience, Kaushaliya Devi while talking to a local newspaper revealed how difficult her life was. “I was a housewife and my husband was unemployed which made our lives very difficult. In 2013, I came to know about the UMEED scheme and joined SHG group Shri Mandir under the aegis of this scheme.” She stated that her life changed after the government started to infuse funds into SHGs. The members started to utilize the funds to start their own small businesses. She started a small business of dairy farming and after taking help of government funds, small loan through bank linkage she started earning around Rs 8,000 per month. Getting inspired by the success of dairy farming, Kaushailya also started to look for alternate business to earn more money. After that, she started the business of tailoring and bag making which turned her into a successful member of the group. With the assistance under the UMEED scheme she bought a dumper after the government provided Rs 10 lakh loan to their group. Currently, Kaushailya is handsomely earning more than Rs 50,000 per month making her life and that of her family very happy. Her children are studying in a good school and she is living happily with her family. “Earlier people in my village used to tell women can’t do anything but after my success, the same people are giving my examples,” she said. Atiqa Wani, of Ramhal, area of Kupwara district in North Kashmir after completing her post-graduation thought to stand on her own and decided to start an educational institute. With the desire to do something big in life, she got associated with the SHG eco-system to augment her otherwise limited financial resources. She received a “Revolving Fund” of Rs 10,000 initially and later on a Community Investment Fund of Rs 20,000 and then three times a total loan of Rs 1.40 lakh. Seeing her performance of repayments etc. and her commitment towards her mission, she was recommended for bank linkage which helped her in running the affairs of the institute successfully. She started the institute with only five students in 2019. As on date, hundreds of students are enrolled in her institute as the financial support from the UMEED scheme has helped her to reach the top. “We are not only earning a decent living but we are proud to become job-givers rather than job-seekers and are able to provide gainful employment to fifteen persons in our institution so far,”[email protected] [Atiqa told a Srinagar-based daily. Janna Begum, a SHG member, hailing from Singhporain North Kashmir’s Baramulla district, established various livelihoods for herself and also engaged her entire family in it. “UMEED provided me with a platform to overcome my financial difficulty. I started cosmetics and a fodder shop and both the units were a good success. I now earn more than Rs. 25,000 profit a month,” she said. NaseemaBano of Newa area in south Kashmir’s Pulwama district wanted to extend a helping hand to her husband but every time lack of financial resources would stop her “I not only now created a livelihood opportunity for myself but engaged my entire family with it. UMEED provided us with an appropriate platform for overcoming our financial difficulties we were facing for quite a long time,” she asserted. With the financial help and bank linkage, she was able to establish a full-fledged workshop and a retail copper shop in her vicinity. The shop is a successful venture and she is earning more than Rs 30, 000 profits a month. Sheetal Kumari, hailing from village Sultanpur of Bishnah block was struggling on a daily basis for her livelihood. “It was very hard for us to make both ends meet. I used to make paper bags all night and sell them to the nearby vendor. I joined the UMEED programmeand did my best to revive our economic condition,” she said. Kumari in a short span of her association with UMEED has generated quite a few assets for her family. She is a role model for the women in her village as well in her own community. She has at present a Kiryana shop, a load carrier, 2 to 3 cows and works as an AMC operator in her village. Anju Bala of Mathwar, Bhalwal area of Jammu region was imparted a number of trainings by the sakhiswhich opened her horizon. Currently, Anju is running a general store successfully and earning substantial income for her family.

After August 5, 2019, lives of women in J&K have changed. During COVID-19 pandemic, fairer sex played a lead role in sustaining the economy of J&K. Women made lakhs of masks and contributed immensely in the fight against the pandemic. The support offered by the government turned the women into key agents for the development of the society. Self-Help Groups especially for women helped them to start entrepreneurial activities which led to eradication of poverty. These groups have proven to be effective tools for women empowerment in J&K. The women members of the SHGs in J&K have set an example in repayment of loans with less than one per cent NPA. Union Rural Development Minister Narendra Singh Tomar had stated that women self-help groups in rural areas had set an example for the country in repaying loans. J&K women are on a way to change their destinies through the Self Help Groups and they have proven their mettle through the dint of their hard work, sincerity, dedication and honesty. They are contributing immensely towards building ‘Naya J&K’ and the government is providing them with all possible support.