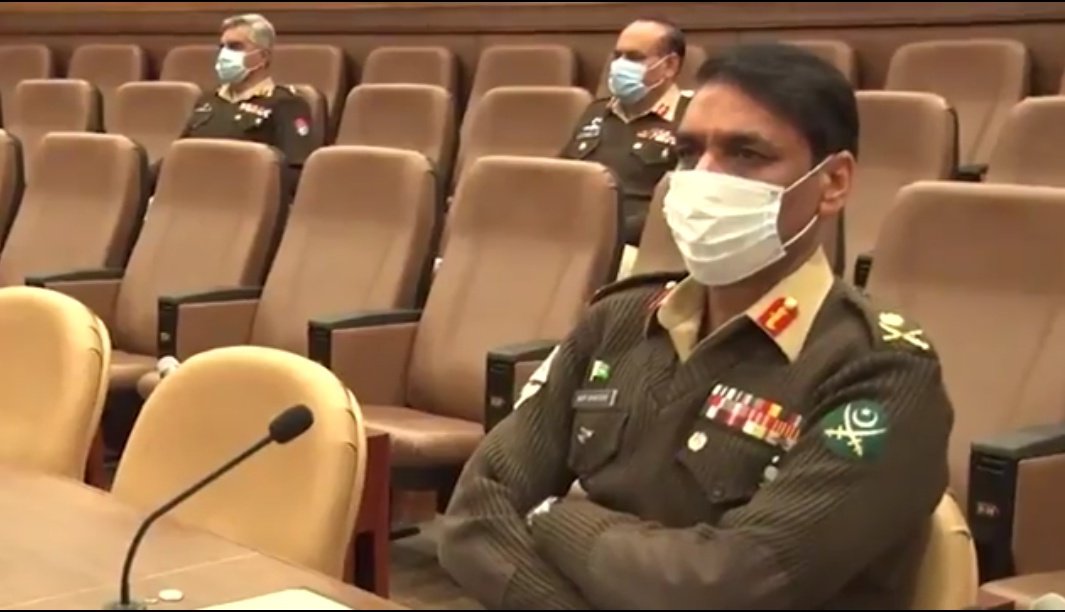 Addressing the Corps Commanders Conference, Army Chief General Qamar Javed Bajwa reiterated his commitment to defeating terrorists and their facilitators at any cost.

He said that all institutions would have to play their roles in tackling the challenges facing the country. The Corps Commanders Conference expressed satisfaction over the efforts made towards ensuring regional peace and stability. As the year 2020 began, national and international organizations issued reports of a significant reduction in terrorist incidents in Pakistan. In 2009, there were 2,000 terrorist incidents across the country, but in 2019, the number dropped to 250. The reduction in terrorism is attributed to intelligence and law enforcement agencies. Security personnel risked their lives to protect civilians and national assets. The Financial Action Task Force (FATF) warned Pakistan that it was not effectively countering the flow of funds to terrorist groups. In order to build a peaceful and economy-friendly society, Pakistan will have to cut off terrorist groups from the financial system, FATF observed.

With the arrival of 2021, Pakistan has witnessed a rise in terrorism. At present, Pakistan is fighting a hybrid war. India is violating the Line of Control and shelling the civilian population every day. The number of martyrs falling to India-sponsored violence is said to be around 350. Our western neighbour, Afghanistan, follows the Indian pattern of border violations. Border tensions orchestrated by the two neighbouring states are a major obstacle to cordial relations in the region. Trade, cultural relations, and cooperation do not thrive because of this tension. The South Asian local population can make the best use of their resources and potentials, only if there is peace on the borders.

If there is peace in the region, India, Iran, Afghanistan, and China can equally benefit from the CPEC. If economic co-operation is promoted, the region’s resources and manpower can all bear fruit. Ever since the US decided to withdraw from Afghanistan, it has been felt that our security interests would be best served by taking care of our economic interests. The United States is separating India from other countries in the region by declaring it as its strategic partner. Through its strategy of pitting India against China, the US is ensuring that Indian resources are hoarded in the coffers of US weapons industries. In India, the incumbent BJP government’s extremist policies are spoiling the environment and standing in the way of mutual cooperation.

India’s ceasefire violations along the LoC and its support for subversive activities in Balochistan are indicative of this attitude. India and its sponsors are trying to throw Pakistan into a sectarian and ethnic war. Declaring the incidents of terrorism as internal unrest in Pakistan, the world powers are interested in playing a new game. This is not a situation that Pakistan was unaware of With the rolling out of the CPEC, the establishment of a separate force for its security, and negotiations with militant groups of the region with the help of China, Pakistan has prepared itself for playing a new role in the region. China’s plan is huge that it cannot be left to the mercy of the terrorists. It is hoped that by providing protection to all Pakistanis, including the Hazaras, national institutions will not hesitate to showcase their potential in a credible manner.