School’s out: Children struggle with lack of internet 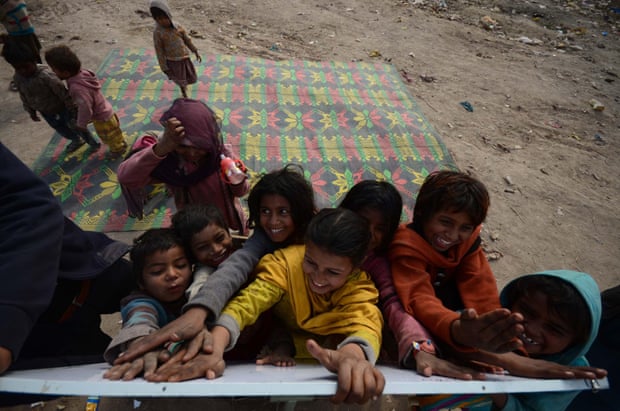 Iqbal Khan works as a chauffeur in Lahore. His children are in his home village in a rural area north of Peshawar. Both of these very different areas of Pakistan have the same problem for many of their young people: no means of getting access to an education.

Online learning was not an option for Khan’s children as the pandemic locked down schools across cities and countryside. Even as he worked to pay the school fees, his two sons, aged 16 and 13, were unable to access any lessons as their schools went digital.

“My children got lazy sitting at home doing nothing for the last year. They seem to have forgotten the little they did know and it’s like the government has forgotten about us,” he says, adding that the lack of government focus on education worries him.

In Pakistan, more than half of the population now own a smartphone but these are concentrated mainly in the more urbanized provinces of Punjab and Sindh, so online schooling benefits a minority of pupils in a country where 22.7 million children already do not participate in education. For Khan’s 16-year-old, in his final year at school, this is a crucial time for his future.

The pressure to continue to pay the fees is draining. For Pakistan’s lower-income communities, paying for education is a struggle and a difficult choice. Marvi Soomro, founder of the education charity IEI Pakistan, says that as incomes have been hit during the pandemic, fewer families can afford to keep their children in school, because they need them to bring in extra money.

“Regions like Gilgit-Baltistan have been completely isolated due to lack of technology access. Families can no longer earn through tourism and have had to sell livestock to make ends meet,” she says. “It’s often difficult to convince rural populations of the need for education because they don’t see an immediate gratification in it.”

The increased dropout rate since the Covid pandemic hit has happened despite deeply held aspirations for education. “I have met young girls who often travel four or five miles to attend school, having to bear a hefty burden of transport costs on a monthly basis,” says Seema Aziz, founder of Care Foundation, Pakistan’s largest education charity. Aziz worries that attendance will dwindle even more as the lack of internet outside big cities makes distance learning next to impossible. “We tried to start online learning on smartphones in a few of our schools but there’s no mobile signals or internet access for many of our students at home.”

Government tele-education projects also dwindled, Soomro says. She believes the solution is in changing mindsets. “There was no prior awareness campaign that television will be used for education. These are agricultural-based communities, they don’t understand the concept of sitting around a television for most of the day,” she says.

It is not that people do not understand the value of education, she says, pointing to the high enrolment numbers in schools, but rather that having being left to fend for themselves in lockdown has eroded their link to the wider world. Aliza Ahsan, a pupil from Misgar – a mountain village in Hunza – had to return home when hostels near her college closed. She has to travel miles to relatives’ houses to get internet access and download assignments or attend classes. Being left to fend for herself with little leeway given by the college has left her feeling isolated.

Aanya Niaz, an education researcher, says there is not enough understanding of the diversity of educational experiences across Pakistan. “Digital penetration varies greatly, across provinces, urban-rural divides and socioeconomic classes, along with the impact of gender as well, none of which can be taken into account with blanket initiatives that are meant to be applied on a national level,” she says.

as you’re joining us today from %%COUNTRY_NAME%, we have a small favour to ask. Tens of millions have placed their trust in the Guardian’s high-impact journalism since we started publishing 200 years ago, turning to us in moments of crisis, uncertainty, solidarity and hope. More than 1.5 million readers, from 180 countries, have recently taken the step to support us financially – keeping us open to all, and fiercely independent.

With no shareholders or billionaire owner, we can set our own agenda and provide trustworthy journalism that’s free from commercial and political influence, offering a counterweight to the spread of misinformation. When it’s never mattered more, we can investigate and challenge without fear or favour.

Unlike many others, Guardian journalism is available for everyone to read, regardless of what they can afford to pay. We do this because we believe in information equality. Greater numbers of people can keep track of global events, understand their impact on people and communities, and become inspired to take meaningful action.

We aim to offer readers a comprehensive, international perspective on critical events shaping our world – from the Black Lives Matter movement, to the new American administration, Brexit, and the world’s slow emergence from a global pandemic. We are committed to upholding our reputation for urgent, powerful reporting on the climate emergency, and made the decision to reject advertising from fossil fuel companies, divest from the oil and gas industries, and set a course to achieve net zero emissions by 2030.