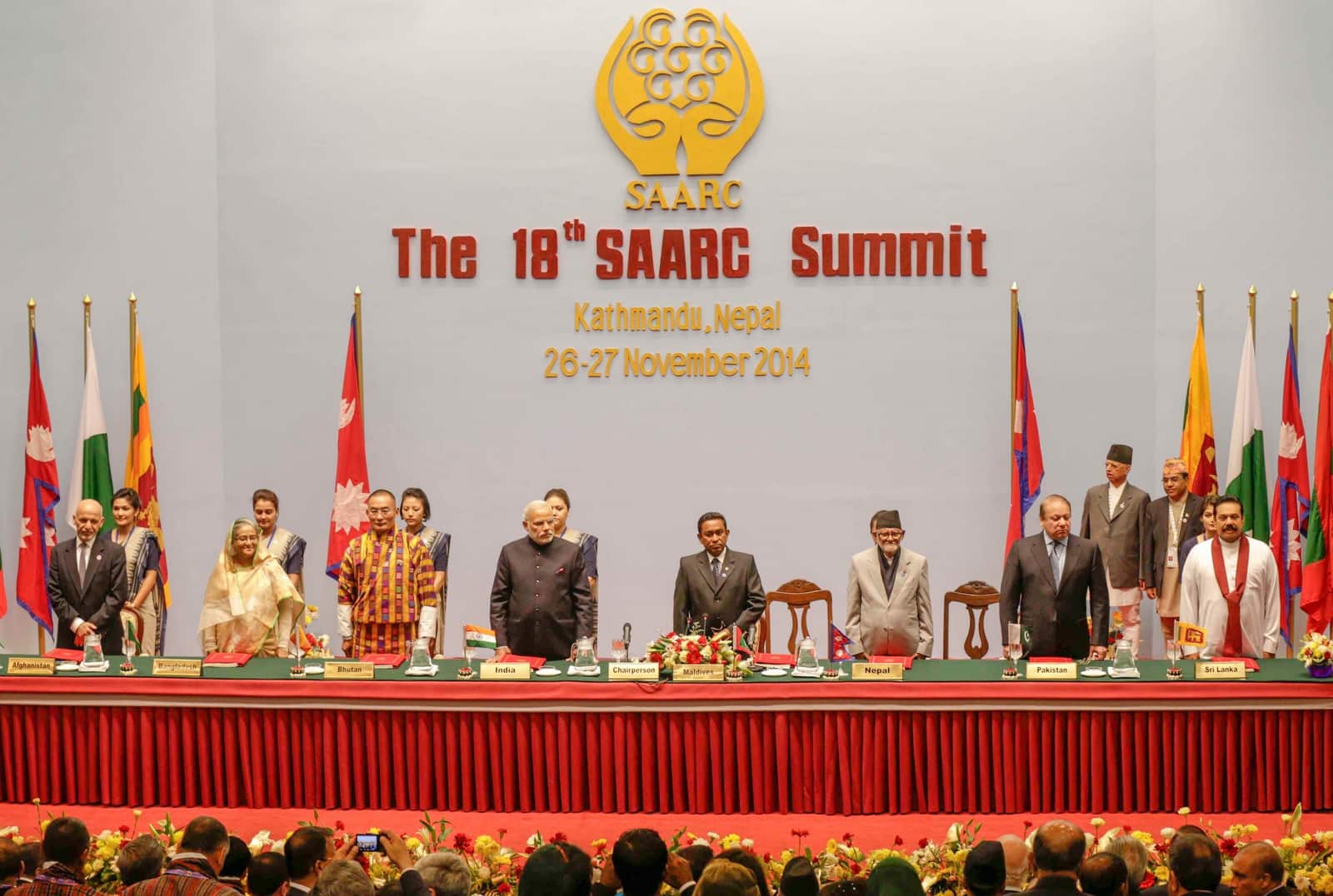 36 years ago, leaders of seven South Asian countries gathered in Dhaka to form the South Asian Association for Regional Cooperation (SAARC). The charter of the meeting stated that the countries would pool in their resources through trade to bring about regional economic development. Despite the fact that in every meeting leaders of the member countries reiterated this basic promise, SAARC never met the expectations. In trade, for example, the performance has been abysmal. Unlike the trade within other regional organizations like in ASEAN (25 percent), EU (60 percent), the regional trade between the SAARC countries has been 5 percent.

One of the reasons for the failure of SAARC is the organization was formed 36 years ago amid suspicion, grudge, and tension between the states of the region. Those hurdles continue to operate even today. The reason for the persistence of regional tension is the strained relationship between India and Pakistan. All other regional countries know this.

One of the main reasons for the failure of SAARC is India’s behaviour. India considered the coming together of the small regional countries for development as ganging-up against New Delhi. Because of this fear, India inserted two clauses in the SAARC charter. One that disputed issues would not be discussed on the SAARC platform and second that any decision would be taken only by consensus, not by majority. Every commentator on SAARC agrees to the fact that because of these two clauses, the organization never took off. It is said that given the current structure of the organization in which India is much bigger in terms of area and population, SAARC would not succeed.

To overcome the hurdle, it is being suggested that countries like China, Iran, and Myanmar should be made members of SAARC. If Afghanistan can be a member, why cannot Iran and Myanmar be members of SAARC? China makes an even stronger case. It shares a long border with India, Bhutan, Nepal, Pakistan, and Afghanistan. In terms of trade, China is already deeply involved in South Asia. If Pakistan and India can be members of SCO, why cannot China be a member of SAARC? Also, the presence of China in SAARC would dispel the fears of the regional countries vis-à-vis India. It would also help India in focusing on South Asia rather than moving to ASEAN or Indo Pacific.