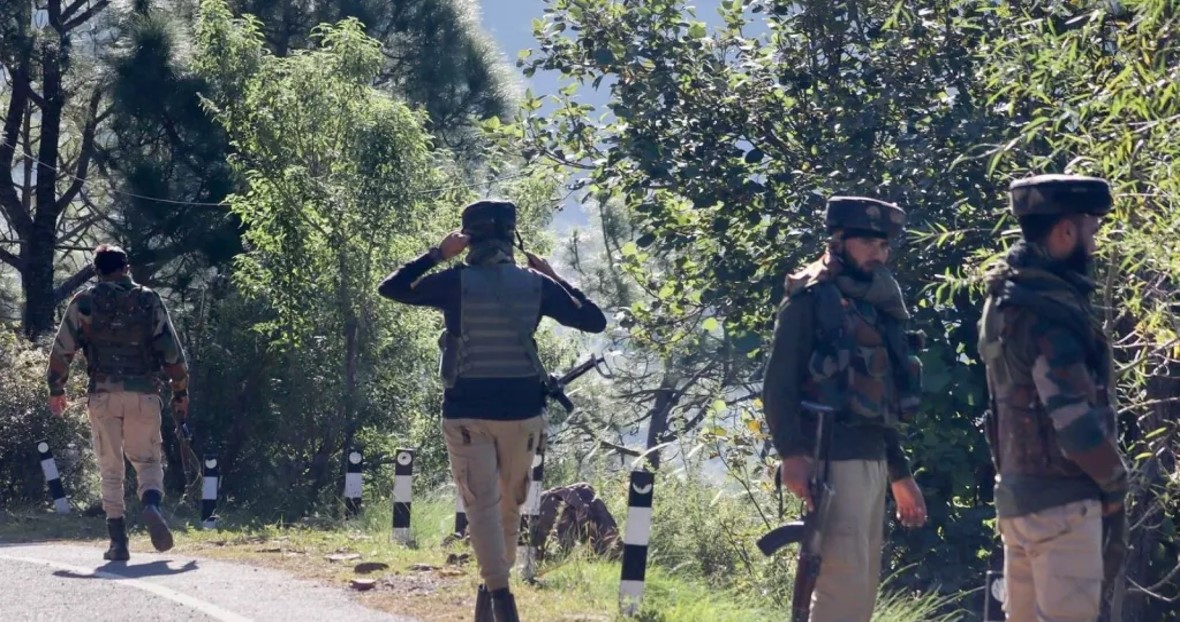 The Poonch episode confirms Pakistani centrality to sustaining terror in Kashmir in terms of both resources and foot soldiers. In February, India and Pakistan reaffirmed their commitment to the 2003 ceasefire agreement along the LoC. Both countries agreed to resolve the “key problems” that threaten peace and stability. It is now evident that Pakistan was only buying time with the ceasefire agreement to avoid military engagement on its western and also eastern flanks. In February Pakistan’s focal engagement was with Afghanistan. With Taliban in power in Afghanistan sooner than anticipated, Pakistan is back to normal in terms of supporting terror in Kashmir. Attempts are being made for infiltration and pushing in weapons. Going by experience, it is known that Pakistan shall escalate the infiltration attempts before heavy snowfall chokes the infiltration routes.

Terror in Kashmir is sustaining on two grounds. One, the Pakistan-trained terrorists and the steady supply of weapons from Pakistan. Second, the network of overground workers and Pakistan proxies, carefully nurtured by the terror ecosystem. The local terror networks sustain the militants and also the movement of weapons received from Pakistan. A section of indoctrinated youth of Kashmir continues to walk into the terror camps, driven by diverse socio-economic factors. These youth are completely untrained in terms of handling weapons or in jungle survival. They embrace militancy with a drummed up jihadi mindset fed on Pakistan’s propaganda. For handling arms and jungle survival, they depend on trained terrorists sent from Pakistan or on Google search. With the rebooted government offensive against terror operators, there is lower command and control among the militant ranks in Kashmir. This makes trained Pakistani terrorists central to any terrorism in the Valley. According to recent reports, security forces have identified 38 Pakistani terrorists active in the Kashmir valley. These include 27 men of Lashkar-e-Taiba (LeT) and 11 men in Jaish-e Mohammad (JeM). These ultras are on the radar of the security forces and efforts are on to neutralize them soon.

All the infiltration happening on the border is now loaded with as much ammunition as possible. Pakistan is pushing in as many weapons as it can manage to, in order to sustain terror through the winter months. Pakistan has utilized the last few months to build and strengthen their bases on their side of the line of control. With Pakistan back to its duplicity, the Line of Control may get activated. When one nation is trying to push terrorism into another nation, anything can go wrong any time.

The Army and the security agencies shall have to focus on a strong line of control grid, and target the support system of the Pakistan proxies. In order to demolish the terror networks, it is important to target the OGWs. Since many of them play on both sides of the law, they are tougher to catch. Robust targeting by the intelligence agencies is essential.

The state has to work on deepening the realization of Pakistan’s duplicity on Kashmir. Some progress has been made on this front. The Pakistan propaganda on Kashmir manages to mislead some people internationally. It also continues to be the opiate for the Pakistani population, to wean away their attention from the nation’s domestic failures. Within Kashmir, the Pakistan propaganda of supposed oppression and repression is losing value. There is now only a very small constituency which buys these lies. To fully expose Pakistan’s lies on Kashmir, much more needs to be done. The initiatives of the government to build this narrative carry value. From the civil society side, the pushback needs to be stronger.

Local Pushback To Terrorism Is Difficult, But Needed

It is understandable that any vocal resistance is difficult for those living in the midst of terror. The commoners in a conflict area have zero protection. Speaking up against terror is not an option for them. The cost for this may be too high. But the cost of silence is high too. Kashmiri life will get to normal only if violence stops. As things stand, we can expect the continuation of what has been going on. Militants may try to hit more soft targets, like the minorities and the migrant labour. We need more Kashmiris who are vocal in rejecting violence and who speak for peace. The large majority of the civil society does not support the killings by the militants. But at the same time, the civil society pushback is not enough to deter the terrorist. We have not crossed the Rubicon yet. The moment the terrorist feels that the people have gone against him, he will be sufficiently deflated. That scale has not happened yet.

There are enough Kashmiris who still accept the soft killings in one way or another. Some indulge in whataboutery. What about this or that killing? Others are pained but feel that they have no choice except to be silent spectators. This is the social feedback that finally reaches the terrorist – that the society accepts the killing of soft targets one way or the other. Some areas in life cannot be seen in greys. They must be seen in stark black and white. If tight security checks to prevent killings are seen as oppressive, that may perhaps give greater leeway to militants to operate there with ease. Unless the civil society pushback is stronger, we may be doomed to see more and more blood on our streets, and more and more Kashmiri blood. If we assume that terrorism is not threatening our life, we are living in a bubble. Life shall always be at risk in a society where killings have been normalized. One may think that only the other is threatened, but one never knows when the cycle may come back. Collateral damage is not selective. When the violence increases, the level of threat faced by all shall go up.

WAY OUT OF THE MORASS