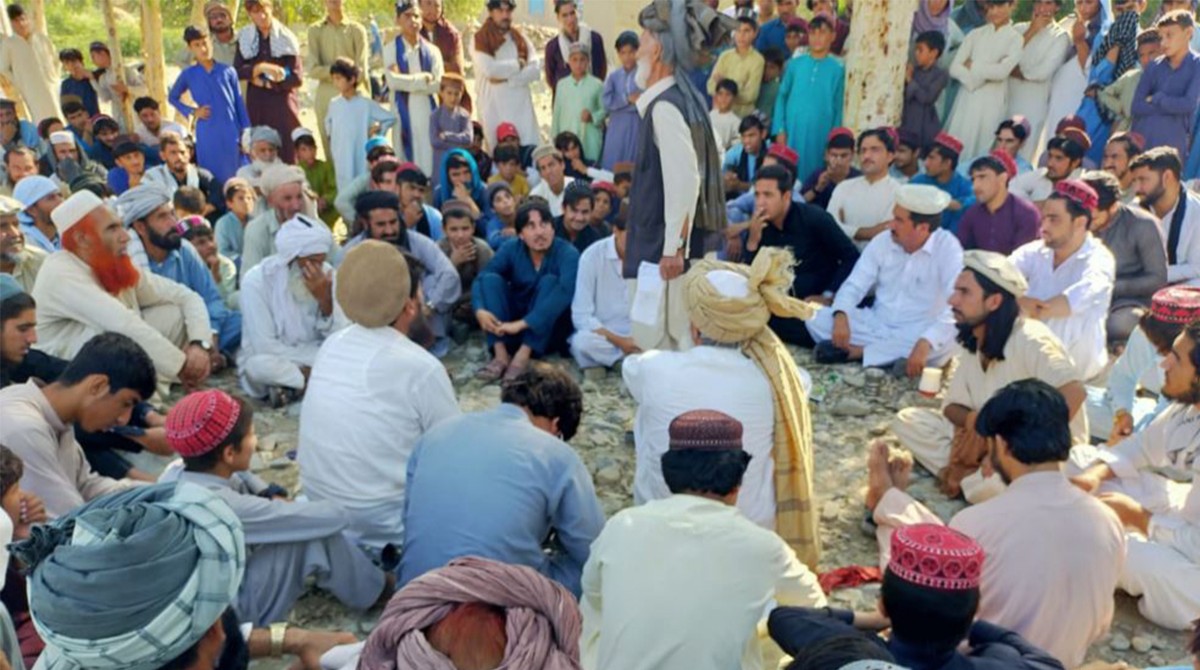 Dozens of people continue to protest in Pakistan’s North Waziristan tribal district over what they call the “illegal” detention of four local residents accused of links with militant groups. Around 200 demonstrators participated in the second day of a sit-in in the Mir Ali area on January 13, complaining that the whereabouts of the four locals and their status is still unknown nearly a month after they were picked up by the military. Local authorities say the suspects, who include a police officer, will not be released before the completion of investigations.

Speaking to RFE/RL, one of the protesters, social worker Jamal Dawar, accused the authorities of filing cases against people who have raised their voices against growing insecurity in the area, where he said local elders are being killed in targeted attacks. Another demonstrator, Noor Islam Dawar, said the four suspects have now been kept in “illegal custody” for 26 days and should be brought before a court if there is any proof of their involvement in terrorist or other criminal activities and if not, they should be freed. A senior military official who wished to remain anonymous said all four suspects are believed to have links with local militants and insisted that nobody is kept in detention for more than two days without evidence against them.

Pakistan’s seven northwestern tribal districts, located in Khyber Pakhtunkhwa Province, have long been a militant stronghold, including for Taliban fighters. In 2014, security forces conducted a massive operation in North Waziristan and claimed the area had been cleared of militant groups. But local residents have protested against what they say is brutality by security forces. Residents also complain that targeted killings have increased over the past year, raising concerns of a return of the Taliban and other militants to the area. In December, dozens of people in North Waziristan launched a sit-in protest following the killing of a local man during a search operation by security forces.