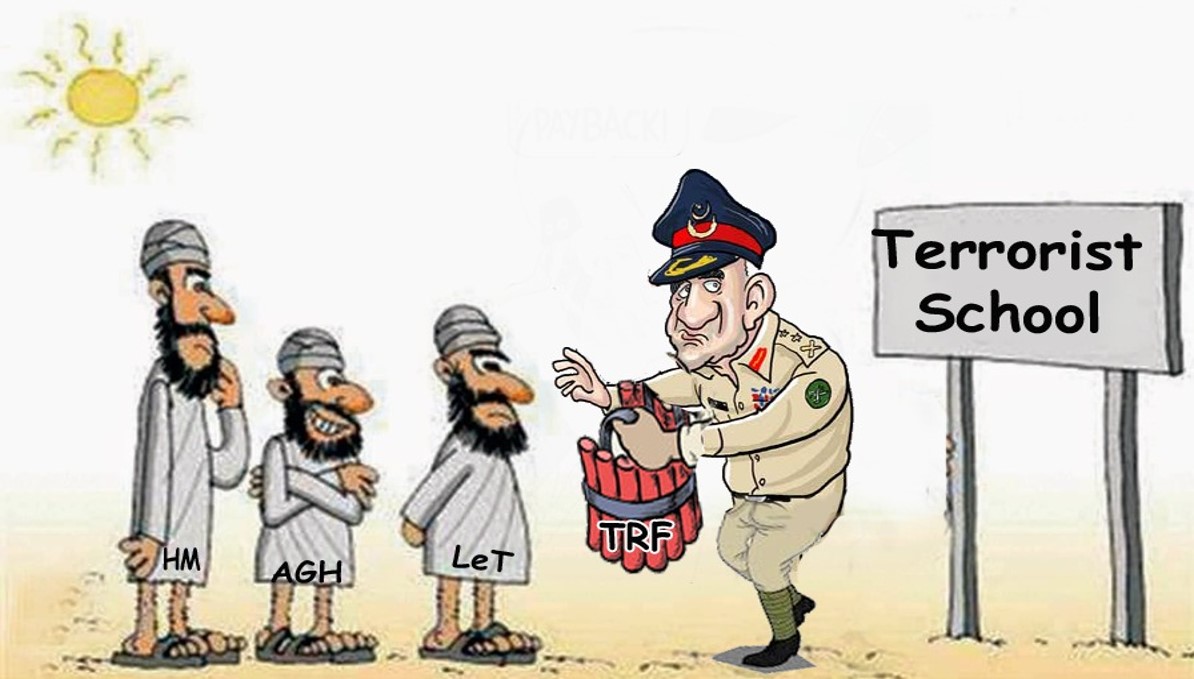 Militant-turned-separatist leader Altaf Bhat alias Sajad is on run in Pakistan. The state’s Federal Investigation Agency (FIA) has registered an FIR against Altaf and his business partners for fraud of 110 crores in the case related to CBR Employees Cooperative Housing Society in Islamabad. Altaf Bhat alias Sajad is the brother of militant-turned separatist leader Zafar Akbar Bhat, who is presently under the custody of NIA in a terror funding case. On the directions of the Supreme court of Pakistan, FIA has registered a case against Altaf Bhat and 17 others for embezzlement of Rs 110.18 crore in the employees cooperative housing society case. As per reports, many of the accused in the case have been arrested by FIA. Altaf Bhat and his two close associates have gone underground to evade arrest by the investigating agency. According to a senior FIA officer, Altaf Bhat’s house was raided by he escaped or went underground. All those against whom cases have been registered are involved in various cases of corruption and huge misappropriation of funds. The officer added that Aftaf Bhat shall try to get bail along with the other persons who have been named in the FIR. Altaf went to Pakistan in the early 90s with his brother Zafar Akbar Bhat. Around the same time, Yusuf Shah alias Syed Salahuddin, on becoming chief commander of Hizbul Mujahideen, also fled to Pakistan. Altaf was chosen by Salahuddin as his bodyguard. Zafar returned back and remained active as the divisional commander of Hizbul Mujahideen for many years till he was arrested. Interestingly, only a few days ago, images of Syed Salahuddin’s huge mansion were doing rounds on social media. Salahuddin’s palatial house is in the outskirts of Islamabad. It is spread over 10 kanals and is equipped with lavish and modern facilities.

The case of fraud registered against Altaf Bhat and the pictures of Syed Salahuddin’s mansion seems to be inter-related. Is there a message from the Pakistani establishment to the militant commanders operating on Pakistani soil in the twin events? Is Pakistan finally exposing its Kashmiri-origin operatives on its soil to keep them in check and follow ISI’s dictat in letter and spirit? Whatever the case may be, these fresh events have exposed the real faces of separatist and militant commanders within India, and also those sitting across the border. Putting the gullible youth on the path of violence through deep indoctrination and making fortunes for themselves and their families has always been the modus operandi of conflict operators of Kashmiri origin. It is a lucrative business passed on from generation to generation. While building personal riches, these conflict operators have directly or indirectly incited violence in Kashmir in which local youth are being killed for decades. Syed Salahuddin’s two sons, Syed Ahmad Shakeel and Shahid Yousuf, were till recently in government service. They were dismissed from government service a few weeks ago on the charges of involvement in terror funding. According to sources, NIA has tracked terror funding trails of both these men. They have been found involved in raising, receiving, collecting, and transferring funds through hawala transactions for terror activities of Hizbul Mujahideen. In an earlier edition, we had discussed in detail that separatist leaders are doing real estate business through their close blood relations. The action of the Pakistan government against Altaf Bhat and others is part of the same pattern. The death and destruction of Kashmir and Kashmiris has been family business for those propagating violent and deadly extremist ideology.

Kashmiri Separatists Have Made Riches Through Real Estate Business

The money received by separatists through overt and covert means has been invested in real estate business within and outside Kashmir. There is not even a single separatist in Kashmir whose one or other relative is not in the real estate business. The killing field created by the separatists consumes the innocent indoctrinated youth of backward social strata in Kashmir. It seems that this is part of the investment made by the separatists in the family business of terror operations. They indoctrinate, breed hatred against the state and push vulnerable youth to become OGWs or militants. After the youth is killed in counter-terror action, they use the killing of each innocent youth to ensure more violence and more killings. The more violence that is generated by the bloody conflict, the more killings happen, the more money they get and the more they can embed their divisive agenda in Kashmir. Since last week, Pakistani media has been systematically digging out stories about the lavish life of Kashmiri militant commanders living in Pakistan. This is not a coincidence. The information is being circulated among the Pakistan media as part of an ISI strategy.

The Pakistani establishment has shifted its focus from Kashmiri origin operatives on its soil to self-exiled Kashmiris who live in Europe and other parts of the world. For Pakistan, the militant commanders settled on its soil become redundant and obsolete. They have no utility for Pakistan for two obvious reasons.

One, the self-exiled Kashmiris are more vocal and vicious in peddling lies on Kashmir. They capitalize on their Kashmiri identity to build an audience. Their fake narratives on Kashmir are bankrolled by Pakistan.

Second, militant commanders in Pakistan are designated terrorists for international security observers and agencies. This makes it difficult for Pakistan to hoodwink global security watchdogs regarding its terror activities.

This is the reason that Pakistan’s interest in the terrorist commanders is waning. The current phase of terrorism in Kashmir is directly supervised by the Pakistani establishment. The terrorist commanders settled in Pakistan are losing their clout over terrorism activities engineered by Pakistan in Kashmir. Since Altaf Bhat is on the run, it is likely that his contacts in Kashmir, particularly amongst the political class, may try to go in for political adventurism in desperation. Altaf alias Sajad is connected to at least two mainstream politicians in Kashmir. One is from south Kashmir and the other from Budgam district. It shall be interesting to watch how they behave as the events unfold in Pakistan. Altaf Bhat’s brother Zafar Akbar Bhat is in custody. A case has been registered against him by the Counter Intelligence (Kashmir), a branch of CID of J&K Police for selling MBBS seats in the medical colleges in Pakistan.

The probe has revealed that the money collected from the Kashmiris for sending their wards to Pakistan for medical education was used to support terrorism and separatism. The case was registered under Unlawful Activities Prevention Act and Prevention of Money Laundering Act. The searches undertaken by the investigation agencies has provided ample evidence that the money taken in lieu of these seats was put into channels that ended up supporting programs and projects pertaining to separatism and terrorism. The investigation agencies have learnt that ISI was responsible for initiating the programme for “incentivising terrorism by compensating the family of slain terrorists” by way of providing free MBBS and engineering seats to Kashmiri students.