Rape and Silence in Kashmir’s Jihad 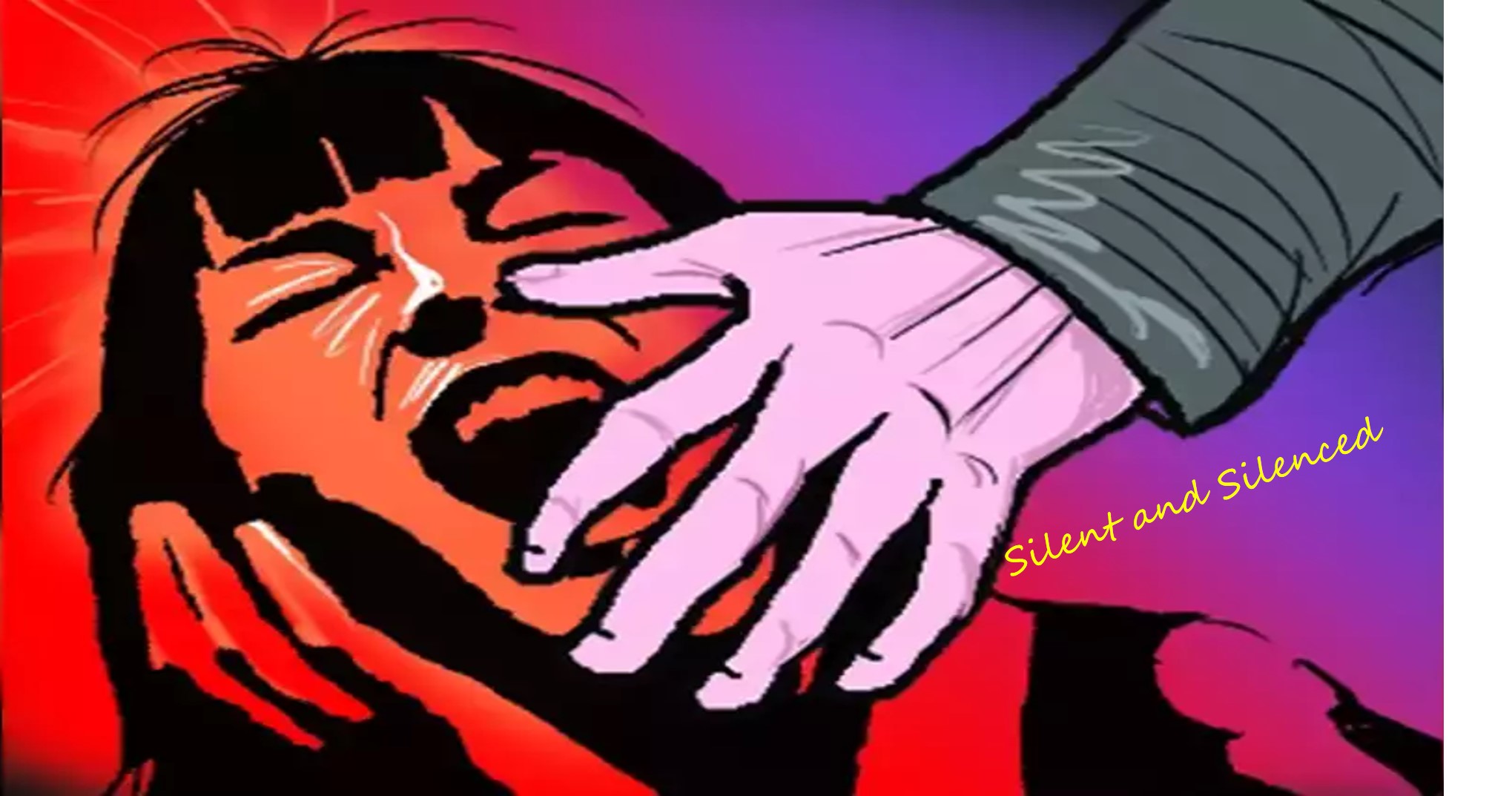 “After a point, all I begged of them was not to take me on the cold, hard floor – my back couldn’t take it, and the unborn baby in me would die, I told them. But they didn’t listen.” Fatima had sobbed softly through most of her interview. She spoke barely louder than the slow cold breeze rustling the dried chinar outside the spare room we were sitting in.

But it was at this point that her crying turned to a helpless childlike wailing. Her large wet eyes darted from me to the translator and the women in the crew – turn by turn – silently asking if we were registering the injustice done to her.

“Is this jihad? Is this their piety?” she added, a note of anger entering the monotone of despair.

“I was very pretty when young,” she continued after a while, wiping her nose with her veil. “Everyone said so. Everyone. I could’ve found myself a good man to marry and lead a good life.”

The militants first came to her house in Ganderbal in 2005, when Fatima had just hit 14. Starting with that visit, the beauty the little girl had prided herself over turned to a curse that would haunt all her adult life.

“The militants knocked on the door and asked for water,” she said. “We opened the door, and they saw me. From then on, they sought out every opportunity to come to our place.”

Soon after, her father, a daily wage laborer, was shot dead not far from their home. And with the male guardian of the house gone, she became easy prey.

“They came to our house, stripped me, and asked me to lie down with them in the bed. When I refused, they just grabbed me by the hair and took me down.”

The repeated gang rapes went on till she turned 17, and she asked her mother and uncles to marry her off and send her away from her native village, hoping her nightmare would end.

“I was spoiled – no man would marry me,” Fatima said. “So, they hitched me to a paralyzed, wheelchair-bound first cousin who lived in another village. Even then, they didn’t stop. They found my new address and started coming there too. They didn’t stop even after I’d had my first child with my husband and the second was on the way.”

The prolonged physical abuse left Fatima with severe complications in her pregnancy and spinal injuries.

Gruesome as Fatima’s story is, it’s hardly an exceptional one. The investigation for this story recorded similar cases across all districts of Jammu and Kashmir.

Data from India’s National Crime Records Bureau shows that the number of cases of violence against women in Jammu and Kashmir increased by 11 percent in 2020, from 3,069 in 2019 to 3,414 the next year – even while the national rate fell by 8.3 percent during the same period.

Given the low reporting rate and the shroud of violent shame and social boycott that accompanies rape – especially in a society as conservative and patriarchal as Kashmir – the real numbers are likely to be significantly higher.

Beyond the numbers, the striking similarity of the militants’ modus operandi stood out in the narratives.

Like all guerrillas worldwide, Kashmiri militants sought shelter and food from locals. But soon after, their demands flowed to the satiation of other carnal needs.

“We didn’t have enough to feed everyone, but our father tried his best to serve them. We had only two rooms in our small house, and they [the militants] occupied one. We women were restricted to the kitchen all day.”

“Bring us water – they’d order from their room,” she continued. “And when I went in, they’d grab me and start fondling and teasing me. I was a little under 12 then. I didn’t even know what all was being done to me. All I knew was it was wrong and painful. And this continued for a very long time.”

It took Afroza a long time to muster enough courage to confide in her father – a decision she regretted immediately.

“My father politely and firmly asked the men to leave the children out of these things. Angered by that admonition, they took my father to the market the next day and killed him in front of everyone.”

“She was too young to be raped. So, they didn’t do that. But they teased and fondled her as well.”

“Where big violence is so common, it is no surprise that gender violence is hardly a priority issue,” explained Mantasha Rashid, founder of Kashmir Women’s Collective, a trust that provides support under a single window to survivors of gender-based violence.

“The rape and assault you’re referring to is akin to collateral damage. Women are caught in the crossfire in any conflict region, and the body of the enemy’s woman is seen as war booty by all the warring sides.”

The point about women being viewed as “war booty” to be plundered by the victor is evident in Bismah’s story.

“We were all home, the night the militants picked my husband up and killed him,” Bismah recounted from the night her husband – a driver – was murdered on suspicion of being an informer.

“Immediately after killing him, they took me forcibly. I was violated in every possible way… just unspeakable amounts of torture and humiliation.”

“The killing of my husband wasn’t vengeance enough,” she said. The first gang rape wasn’t either. “My torture continued for years after. The nightmare that started at 18 continued till I was 27.”

Beyond the overly conservative society that makes rapes the victim’s burden to bear, what compounds the problem in Kashmir is the political inconvenience of acknowledging rape and assault committed by the keepers of faith and upholders of the Shariah.

In the 1990s, when militancy in its current form first took shape, the jihad in Kashmir was seen as a popular movement seeking freedom from the Indian state. Women were encouraged to help the militants by playing supportive roles: cooking, cleaning, and offering shelter and comfort to those who fought the righteous battle.

Several radical political leaders of Kashmir have called upon women to give their bodies to the men who fight the holy war, becoming proud wives and mothers of the militants. Movements like the Dukhtaran-e-Millat, led by women, have called for harsh Shariah to be implemented and meted out beatings to women for not sticking to dress codes and yardsticks of religious morality.

“I don’t really want to go out and say that Kashmiri society is particularly flawed or patriarchal because that can be misinterpreted,” Rashid of the Kashmir Women’s Collective said. “Whenever we speak about Kashmir one has to choose their words very carefully or else the discourse is hijacked by the bigger political narrative.”

Rashid’s point is a fair one.

Given the polarized debate around Kashmir, acknowledging the crimes of one side can very easily be misconstrued as batting for the other side. This sentiment is evident from the positions taken and abdicated by academics and activists alike.

For example, take a 2006 Human Rights Watch report on rape in Kashmir, shared by the organization’s South Asia director, Meenakshi Ganguly. The report acknowledges that abuses have been committed by state forces and militants alike, but there is no data on the latter.

“While in areas of armed conflict, sexual violence can often occur, survivors can choose not to report such crimes,” Ganguly added further. “A key need in Kashmir is to create a strong health infrastructure including psychosocial support so that people can receive the help that they need in spaces they can trust.”

On being asked specifically about this bias in the data, she said, “When we were conducting the research for this report, we did not receive complaints of rape by militants.”

“Who would I report to?” Chasfeeda from Uri hit back at me when I asked her why she had stayed silent for so long and was only speaking now.

“I was poor, illiterate, and completely helpless. Nobody was interested in hearing me out. In such matters, no one sides with the poor. Especially a poor woman. You are the first person in all this time who has come to ask, and I’m telling you!”

A group of militants that often visited their village sent her husband away under the ruse of some work that needed to be done.

“I don’t know which group they belonged to or what their politics was. But whatever morality and piety they preach is bogus. Just to mislead people. Only Allah knows what evil truly lies in their hearts.”

“So many of them raped me so many times… I’ve lost count. In the darkness, I couldn’t even tell whether it was four or eight people at a time. They ate away at me until all my flesh was picked off clean, and I was left bone dry as I am now.”