Protests erupt in Pakistan’s Gwadar amid growing backlash against CPEC 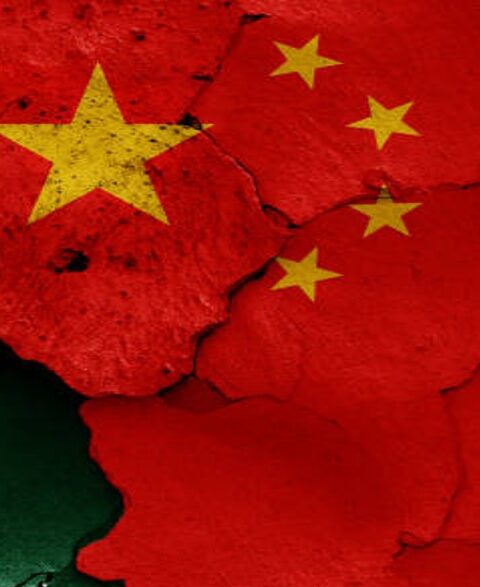 Massive protests have erupted in Pakistan’s port city of Gwadar against unnecessary checkpoints, a severe shortage of water and electricity and threats to livelihoods from illegal fishing, part of a growing backlash in the country against China’s multibillion-dollar belt and road projects.

The protests organised by workers of some political parties, civil rights activists, fishermen and concerned citizens have been going on for a week at Y Chowk on Port Road in Gwadar, a coastal town in the restive Southwest Balochistan province of Pakistan.

The protesters demand the removal of unnecessary security check posts, availability of drinking water and electricity, eviction of big fishing trawlers from Makran coast and opening of the border with Iran from Panjgur to Gwadar, Jang newspaper reported on Sunday.

Head of the ‘Give rights to Gwadar’ rally Maulana Hidayat ur Rehman said the protests would continue until their demands are met, asserting that the government has not been sincere in resolving the problems of the local people living in the region.

Rehman has strongly criticised the government in the past for failing to resolve the basic problems of the people of Gwadar.

“We are demanding the rights of Gwadar, which were usurped by the rulers and the people were even deprived of basic needs. The fishermen were not able to earn their livelihood as big trawlers were allowed for fishing at Makran Coast,” he said at a public meeting last month.

Rehman said despite building the Gwadar Deep Sea Port, the people of the city were still jobless and the government has done nothing about it.

“It is an insult for the sons of soil when they are stopped at checkpoints and inquired about their whereabouts,” he was quoted as saying by The Express Tribune.

The protests are part of growing discontent with China’s presence in Gwadar, whose port is an integral part of the USD 60 billion China-Pakistan Economic Corridor project (CPEC), the flagship project of China’s multi-billion-dollar Belt and Road Initiative (BRI).

India has protested to China over the CPEC as it traverses through Pakistan-occupied Kashmir (PoK). The massive infrastructure project connects China’s Xinjiang province with Gwadar port in Pakistan’s Balochistan province.

Gwadar port has long been portrayed as the jewel in the CPEC crown, but in the process, the city has become the very embodiment of a security state.

The authorities’ priorities are geared towards securing the port and its ancillary interests; the welfare of those for whom the area is home counts for little. Far from the port being a harbinger of an economic boom, the opposite has happened, The Dawn newspaper reported on Friday.

Existing privations have deepened; people’s mobility is restricted by security forces and there is unwarranted questioning of their activities. Many say they are made to feel like strangers in their own land, it said.

Adding to the miseries of a large number of fishermen among the populace, the government, they complain, has issued licences to Chinese trawlers to fish in the waters off the coast. Their small boats cannot possibly compete, as a result of which their livelihoods are being squeezed. This is the petri dish of discontent from which have sprung the recent protests, it added.

Balochistan is home to a long-running violent insurgency, and China’s presence in Gwadar has been the cause of much social unrest and led to anti-Chinese sentiment.

It has also given a fillip to Baloch militant insurgent groups, who have carried out terrorist attacks in protest at CPEC projects.

This year in August, a suicide bomber attacked a motorcade carrying Chinese personnel on the Gwadar East Bay Expressway project in which one Chinese was injured and two local children were killed.

The Chinese embassy after the incident asked the Pakistan government to beef up security for the CPEC projects and the Chinese personnel working on them.

In October last year, gunmen killed at least 14 people near Ormara on the coastal highway after ambushing a convoy of vehicles travelling from Gwadar to Karachi and in 2019 five people, including a Pakistani Navy soldier, were killed in an attack on the luxury Pearl Continental hotel in Gwadar.