Prophet Muhammad and Right demand on the West 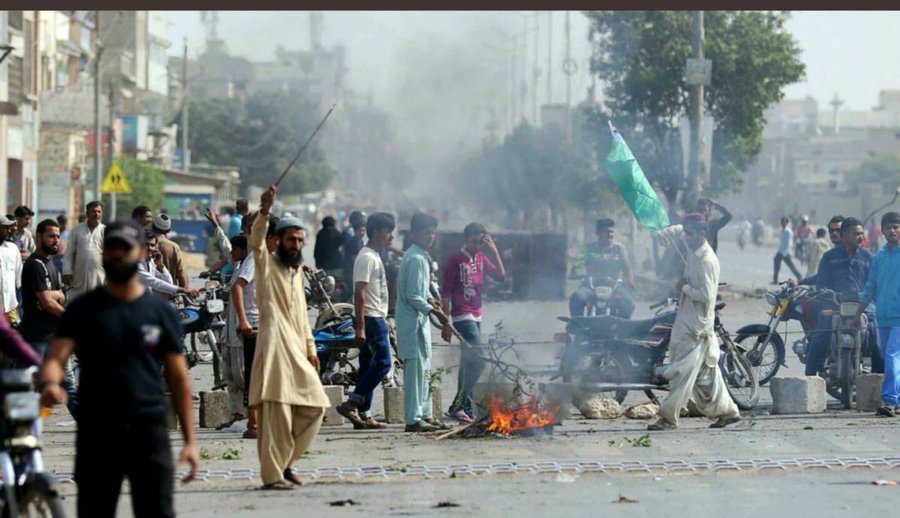 While representing the emotions of the Muslims across the world, Prime Minister Imran Khan has rightly pointed out that Muslims have a special attachment to Prophet Muhammad and some extremist leaders in the West, by supporting disrespectful things about the Prophet in the name of freedom of expression were hurting the Muslim sentiments. He said that disrespect towards the Holy Prophet cannot be tolerated in the name of freedom of expression. Imran said that like in the case of the Holocaust, disrespect towards the Prophet should be made punishable.

Justifying the banning of Tehreek-e Labbaik Pakistan (TLP), Imran said that it had become necessary because of TLP’s continuous challenging of the state institutions and indulging in unrest in the streets. To understand the situation better, last year, French President Emmanuel Macron had supported the people who had drawn blasphemous sketches of Prophet Mehmood in the name of freedom of expression. Muslims across the world had given a strong reaction to Macron’s stand. In Pakistan, people protested against France and demanded that the French ambassador in Pakistan should be sent back.

The demand of the Prime Minister to the Western world to respect Prophet Muhammad and make any criticism of him punishable like the Holocaust is a fair demand. Every other Muslim country should demand the same. Besides, they need to find a counter to the continuous attacks of the Prophet Mohammad, which might be happening as per a well-conceived conspiracy. Because of the hypothesis of clash of civilizations that dominates the West today, the only civilization that can be a threat to the West is Islam. That is why efforts are being made to label Islam as a terrorist religion as a diversionary tactic. As per this agenda, the sentiments of the Muslims are hurt when someone says or writes disrespectful things about Prophet Mohammad, so that the Muslims are outraged, creating a chance to defame them.

Such anti-Islam propaganda is unleashed to create confusion among the people. That can be removed only by following the footsteps of the Prophet, who could convince even his fierce enemies through his action and behaviour.