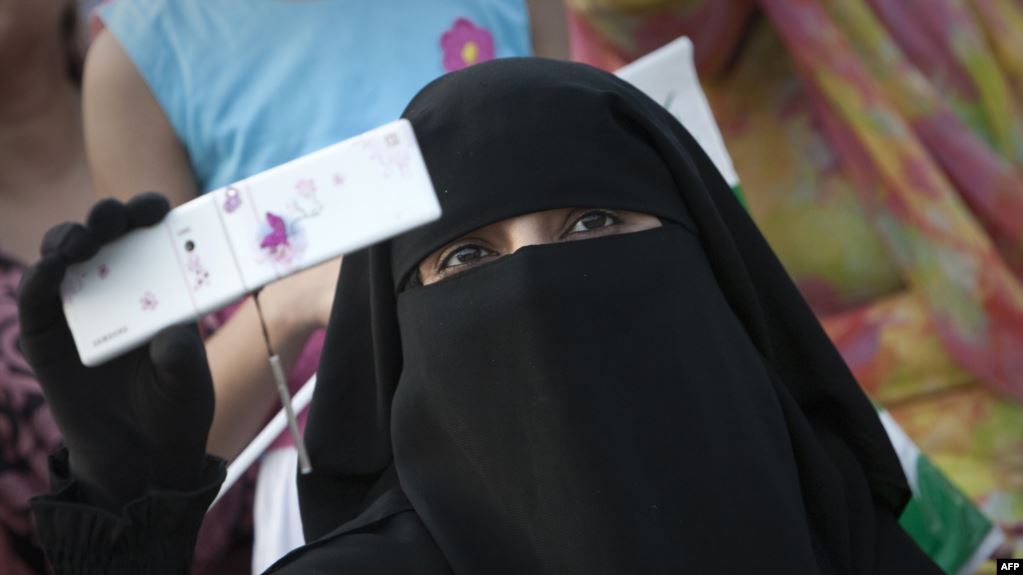 Bahram Dotanai took his mother’s ID two weeks ago to buy her a mobile SIM card in their town of Toi Khulla, northwest Pakistan. He got a shock, however, when he learned that five SIM cards had already been issued in his mother’s name. Like many other women across the South Waziristan tribal district, Dotanai’s mother rarely leaves home, which makes her an easy target for identity theft. “These SIM cards could be used for illegal activities, including terrorism activities and harassment,” Dotanai told Radio Mashaal, adding that he and dozens of other residents staged a protest in December to demand the authorities address the issue. “We presented our demands to the local police and military stationed in the area, who promised us they’d find a solution,” he said.

Officials in Khyber Pakhtunkhwa Province told Radio Mashaal that following complaints by the protesters, police and the Pakistan Telecommunication Authority (PTA) are now investigating the misuse of identity cards primarily those of women in issuing mobile SIM cards, which officials say are being used for terrorist activities. By law, a Computerized National Identity Card (CNIC) can be used for a maximum of five mobile SIM cards, but biometric data or fingerprint verification is required. Across the region, however, people are complaining of their CNICs being used to issue SIM cards without their knowledge or consent a crime that the authorities and mobile operators blame on shopkeepers who allow customers to make purchases without showing ID.

In a socially and culturally conservative society like that of the Pashtun ethnic minority in the region, the misuse of someone’s identity brings dishonour to their family, especially when it happens to women. The fact that many women in the region do not often leave home and therefore may not be aware of the multiple SIM cards piling up in their name makes them frequent victims of the war in 2001. In the town of Darazinda in the neighbouring district of Dera Ismail Khan, people have filed similar complaints. Fawad Khan, a local police officer, said he addressed both the military and the PTA after his own mother’s ID card was misused. But the region’s fledgeling police department one of many institutions still not fully developed since the tribal areas’ merger into the Khyber Pakhtunkhwa mainstream in 2018 has little recourse.

“This is a prevalent problem in our region, and many people have made complaints and requested help,” he said. “However, until recently this was a tribal area, and the police department is not fully established here yet,” he said. With a lack of access to investigative and surveillance equipment, police have had to rely on the PTA and the cybercrimes department of the Federal Investigation Agency (FIA) for assistance, Khan added. But because ID misuse is so often not detected or reported, the authorities face an uphill battle in gauging the extent of identity theft among the country of 220 million people.

The misuse of identity cards in obtaining illegal SIM cards is not limited to the tribal districts. In Mardan, another district of Khyber Pakhtunkhwa, Samreen Khan says her ID has been used to issue at least 10 SIM cards without her consent. “When I tried to get a SIM card, I was told that multiple SIM cards for various mobile operators had already been illegally issued in my name,” she said. “I went to the PTA and each mobile operator to block those SIM cards and obtain one for myself. This is a cumbersome process, and for women, especially, it is even more difficult due to social and cultural constraints.”

Jalal Khan owns a phone shop in the provincial capital, Peshawar. He says the problem stems from shopkeepers, some of whom want the extra sales even if it means exploiting the current safeguards that are supposed to prevent this sort of abuse. “Those applying for SIM cards are required to give their biometrics and fingerprints, but some shopkeepers take the client’s fingerprints and tell them the system is down and to come back the next day,” he said. “The client leaves without a SIM card. However, the trickster shopkeeper issues a SIM card and keeps it.” He added that anyone whose CNIC has been misused should visit an official branch of their mobile operator.

The Pakistani government has cited the use of unregistered SIM cards in the coordination of terrorist activities. The 2015 antiterror National Action Plan established a stricter policy regarding sales of SIM cards. Javed Aziz, a journalist based in Peshawar, says the issue is compounded by the difficulty in tracking the perpetrators. Mobile operators sell SIM cards in bulk to larger shops, which then resell them to smaller ones, which makes it almost impossible to determine which shopkeeper sold an illegal SIM card. “If police discover that a SIM card used for a crime belongs to an innocent or illiterate person whose ID card was wrongfully used, it’s extremely hard to find the real perpetrator,” he said.

PTA spokesman Khurram Ali Mehran told Radio Mashaal they are “making progress” in cracking down on sellers in Dera Ismail Khan. “We investigate all registered complaints, and if we reach the conclusion that a SIM card was issued illegally, we register a formal criminal case against the franchise or shop that issued the SIM card,” he said. The PTA, Mehran adds, is also in the process of launching a public awareness program wherein people can learn how many SIM cards are issued in their name by sending an SMS with their CNIC number to the nationwide telephone number 668.