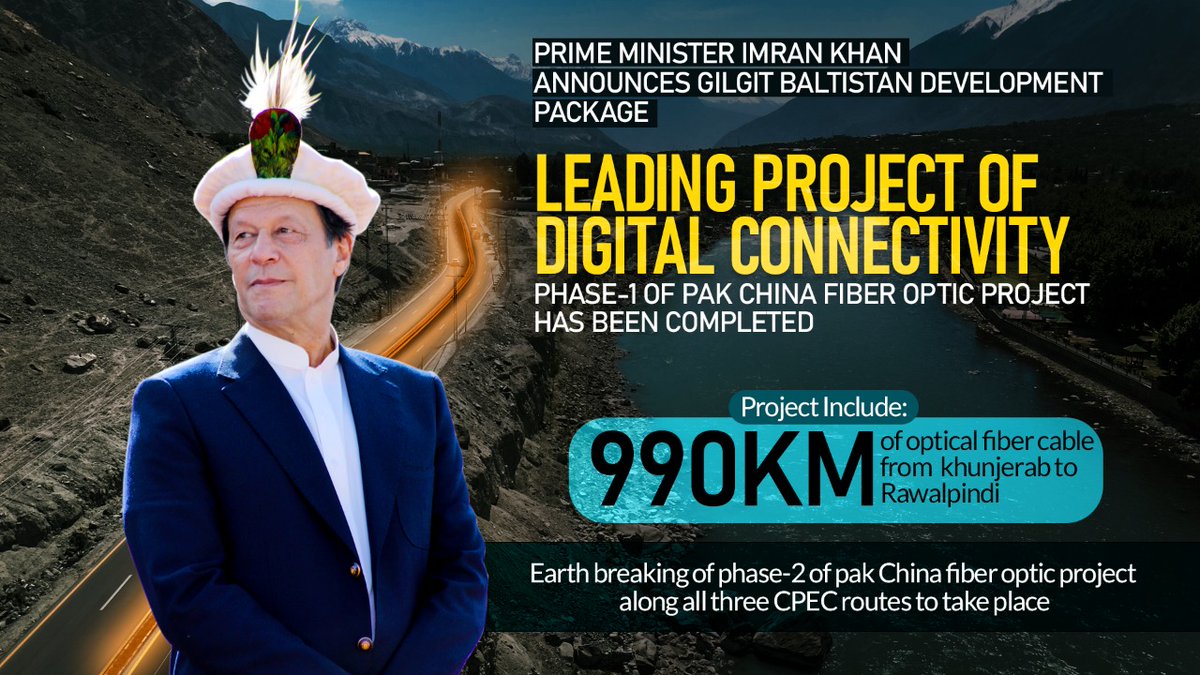 The Prime Minister laid the foundation stone of various NHA projects in Quetta and inaugurated them. He also laid the foundation stone for the construction of 22 km Quetta Western Bypass N25 and 11 km Dera Murad Jamali Bypass N65. In his address, Imran Khan said that in 15 years, only 1,100 km of highways could be completed while in the last two and half years of his rule 3300 km of highways are under construction. He said that one of the reasons for ignoring Baluchistan in the past was that MNAs were available from large provinces in such large numbers that there was no need for votes from this province. The development of Baluchistan was not the priority of former rulers.

In the Musharraf era, Balochistan went through a great turmoil that forced Baloch youth to go to the mountains and fight for their rights. Later, anti-national elements used them for their nefarious purposes. As soon as the PPP government assumed power it tried to alleviate the deprivations and Balochistan and started the Aghaaz-e Huqoq-Baluchistan package. This package was so good that if it were implemented honestly, the fate of Baluchistan could have been changed. But the traditional bigotry and thievery of politicians did not allow the fruits of this package to reach the people. Depriving the people of Baluchistan of their rights is not the crime of any one person but all politicians are equally complicit in this sin. The present government is giving the Baloch their rights, which they have been deprived of for years.

If there is an element of anger in Baluchistan and if the Baloch people look angry today, then we are more to be blamed for their alienation. We must not only openly admit our guilt but also take immediate and practical steps to fix it. While giving development funds to Baluchistan, we have to take into account the demography of the province. We must not forget that Baluchistan is not only inhabited by the Baloch, but also by the Pashtun’s, Punjabis, Makranis, Persians, Hazarawals, Brohis, and other nationalities in large numbers. These groups should also not be ignored. All these nationalities should have opportunities in employment as per the proportion of their population.

For the first time in history, the present government is giving top priority to the development of Baluchistan. Under the “Successful Youth Program” to provide employment to Baloch youth, distribution of loans to the youth of Baluchistan on easy terms has started after which would hopefully enable the Baloch youth to stand on their own feet. The central government should pay special attention to end deprivation and alienation; if Baluchistan develops then Pakistan can develop.