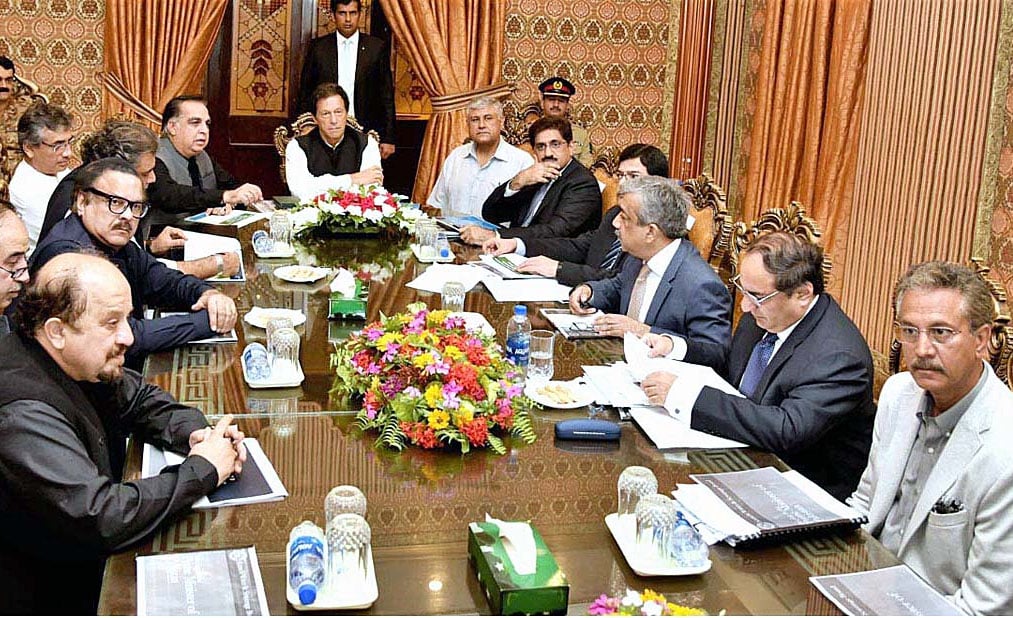 Speaking at a dinner for coalition lawmakers recently, the prime minister had boasted: “I am the only choice”. Maybe his words were meant to calm down disgruntled allies and were also a way of letting an increasingly aggressive opposition, baying for his blood, know that he was not going anywhere. But whose ‘choice’ was he alluding to? Some observers took the prime minister’s remarks as meant for the security establishment, i.e. ‘we are still your best bet’. It is evident that the establishment’s continued support is critical to keeping intact a fractious ruling coalition that has been further shaken by the exit of Akhtar Mengal’s BNP-M and the threats of some other parties to abandon ship.

A major challenge for the prime minister is how to save the coalition from falling apart. One tangible change in the prime minister, perhaps prompted by internal criticism, is his more frequent appearances in the National Assembly in the past week. That is certainly a good omen. But some of his remarks during the budget session have certainly exposed a lack of understanding of some critical national security issues. For instance, the comment in which Osama bin Laden was described as a ‘martyr’ did not appear to be a slip of the tongue but something that he really believed.

Dismissing increasingly loud opposition chatter about a ‘minus one’ formula, Prime Minister Imran Khan on Tuesday vowed to go after “mafias and cartels” and announced. There is no option,” declared the prime minister while addressing an opposition-less house amidst desk-thumping and sloganeering by the treasury members. Refuting reports about differences within the ruling party and its allies, the prime minister said the opposition was talking about “minus one formula” only to save its corruption. “They the opposition don’t know that even if minus one happens, the others will not spare them,” the prime minister said without any reference, thus fueling the speculations already going on in political circles about a possible change in the set-up.

That the federal budget has been passed by the National Assembly is no news. If there is anything that came out as news from the assembly’s budget session on Monday, it is the scoreline. The government managed 160 votes against the opposition’s 119 at the time of passage of clause nine of the Finance Bill 2020-21. The 41-vote majority could have shrunk further if an eleventh-hour dinner party, thrown by Prime Minister Imran Khan, had not managed to win back several disgruntled party colleagues and allies. There are reports of senior-most PTI members reaching out to a group of more than a dozen party colleagues who had refused to attend the dinner with assurances on behalf of the Prime Minister as regards some unfulfilled promises.

Still, the number of votes secured on the budget stood 12 short of the magical mark of 172 that ensures simple majority in the 342- strong lower house and that is needed by the PM to stay on in the coveted office in case a no-confidence motion is a table by the opposition. Should this electoral equation worry the PM? Yes, it should, given the poor performance of his team in almost every area be it the economy, governance or social service delivery.

Whoever is responsible for the inflation in Pakistan, it is creating troubles for Imran Khan’s continuation in office, as the Prime Minister. High costs of basic commodities have made it difficult for people to meet their daily requirements. The Government has failed to curb inflation. Shopkeepers do not follow the guideline issued by the Government. These guidelines keep changing every day. The language used by the Government about the matter is technical and incomprehensible to the common man. Imran Khan has appointed inexperienced and unelected people to the top financial posts. They have not lived up to the expectations. They do not seem to be capable of delivering. These people should be called “ministers for recovery of funds” who are working tirelessly to meet the demands of international money lenders.

Surprisingly, the very people, who used to say that taking loans from outsiders was unacceptable to them, are borrowing freely from foreign lenders. Though not a single penny reaches the people, they are made to pay back these loans. The Government is selling local factories instead of running them. Prime Minister Khan tries to address the issues but his team does not stand by him. For the last one and a half year, the finance ministry has not designed any policy that would have helped the government to stabilize the economy. It seems that no one in the Government understands economics. Anyway, if Imran Khan wants to continue as the Prime Minister of the country for the next three years, he needs to stabilize the economy. Otherwise, he is going to meet the same fate that his predecessors have in the past.