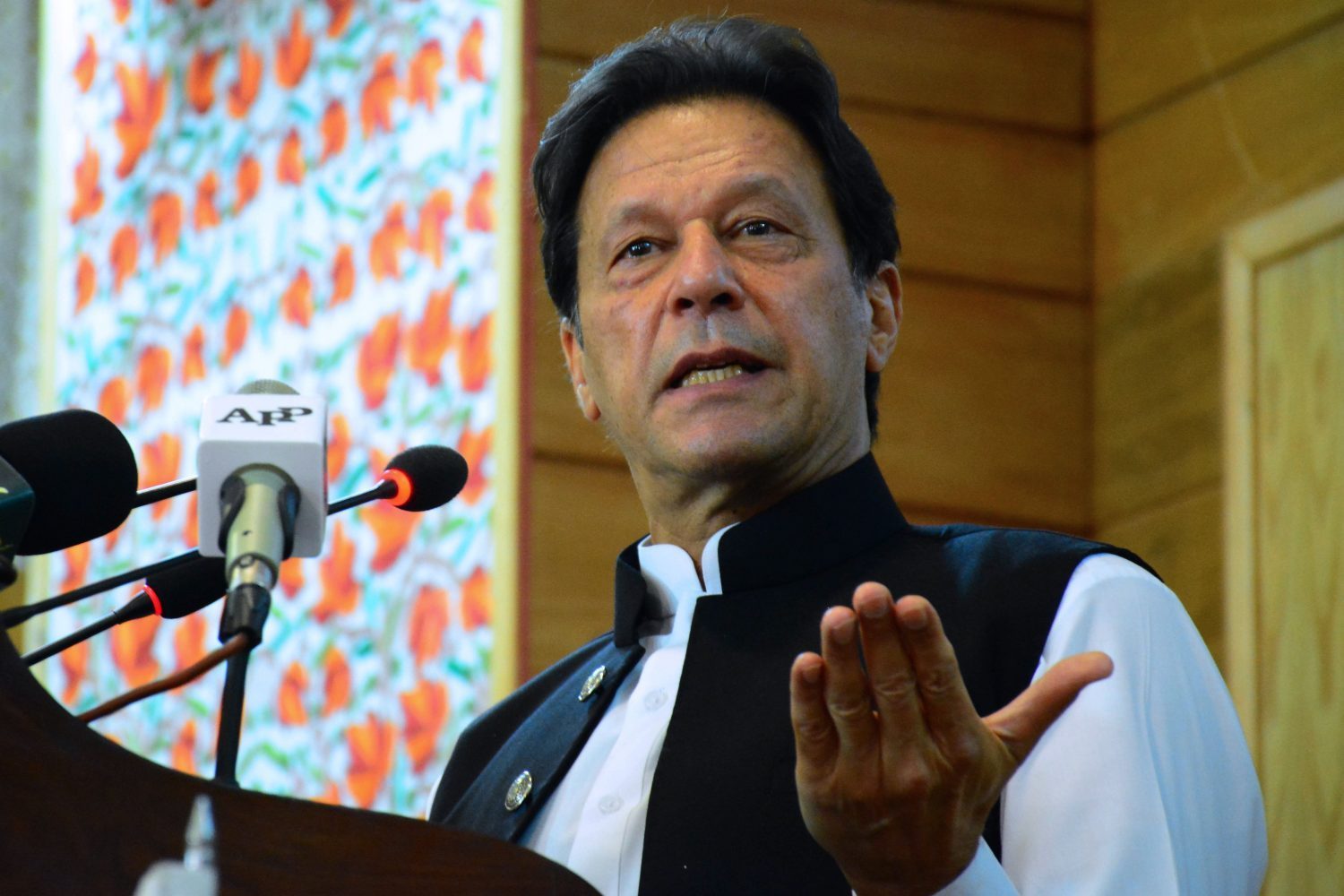 Just a few days after India and Pakistan armies announced ceasefire along the Line of Control in Jammu and Kashmir, Pakistan Prime Minister, Imran Khan once again resorted to political ‘jumlebazi’ by terming Kashmir as the only issue in way of better ties between the two countries.

Addressing the first edition of the Islamabad Security Dialogue, a two-day summit organised by Pakistan’s National Security Division in collaboration with the country’s leading think tanks, he said: “India will have to take the first step for improving bilateral relations by addressing Kashmir.”

It seems Khan has forgotten that India took a decisive step vis-a-vis Jammu and Kashmir on August 5, 2019, by abrogating its special status and merging it completely into the Union of India.

His assertion that his country would make efforts for peace but it cannot move forward due to the decisions taken by India on August 5 has no takers. It appears that the Pakistan Prime Minister is once again trying to threaten India. It seems that he has forgotten that soon after August 5, 2019, he had used similar language and had dropped enough hints about a war breaking out between the two countries. But all his rhetoric was punctured when he realised that his army could not match the skills of the Indian Army and any misadventure could lead to even Pakistan-occupied Kashmir (PoK) falling into India’s lap.

Prime Minister Khan is aware of the fact that his country is not in a position to fight a conventional war with India as it has no resources. If he wants Pakistan to survive, he and others should give up their obsession with Jammu and Kashmir. After August 5, 2019, Khan knocked on the door of every country in the world to build pressure on India but he didn’t get any support. Even the Muslim countries turned their back towards the Pakistan Prime Minister.

In his speech, he once again raked the outdated United Nations Security Council (UNSC) resolutions. “We still hope that they (India) give the Kashmiris the rights they were given by the UN Security Council to decide their own lives. It will be as beneficial for India as for Pakistan,” he said.

J&K people have made their choice

It looks like Prime Minister Khan is unable to digest that the people of Jammu and Kashmir have already made their choice and are very much happy with India. No one in J&K even talks about the UNSC resolutions as the people of Kashmir have no interest in Pakistan. The stooges who were hired by Pakistan and used to talk in the language of their bosses sitting across the Line of Control (LoC) have become a history. No one in J&K wants to carry forward their legacy.

The UNSC resolutions that Khan is talking about are dead and stand buried.

Despite Pakistan waging a proxy war in J&K in 1990 by sending militants and hiring people to orchestrate street protests, the region has witnessed tremendous development as New Delhi has ensured that the people of J&K live a decent life. On the other hand PoK that’s under the illegal occupation of Pakistan has remained underdeveloped and has emerged as the terror hub. It houses terror training camps that produce terrorists who spread hate and violence. The visible difference between divided Kashmir is enough to prove how sincere Pakistan and its leaders are. Prime Minister Khan should stop worrying about Jammu and Kashmir and look towards the PoK where people have no idea about what peace, prosperity and development mean.

From the day Imran Khan has taken over as the Prime Minister of Pakistan, he is trying to project himself as the Messiah of Muslims. But the irony is that he has been unable to stop human rights violations being committed by his own army against the people of Gilgit and Baltistan – under Pakistan’s control.

If someone asks him about the atrocities being faced by Uighur Muslims in China, he says that he is unaware of it. About 10 million Uighurs live under state surveillance in Xinjiang, and there are reports that since 2017, hundreds of thousands have been confined in internment centres. The detainees who have stayed in these detention centres have revealed that Uighurs and other Muslims are made to eat pork on Fridays and are harshly punished if they refuse.

But the Pakistan Prime Minister lacks the courage to condemn the acts of the Chinese Government as he knows that he cannot annoy Beijing as Pakistan’s survival is directly linked to China’s help and financial aid.

Whenever Khan was asked about the Uighurs, he came up with different excuses like “knowing little about the issue” or “I am discussing the matter privately with China”.

One of Khan’s advisors in October 2020 had said that Pakistan Government is “100 per cent satisfied” and the situation of Uighur Muslims was a “non-issue”.

China has been claiming that its policies toward Uighurs are aimed at curbing terrorism and extremism, and it is their internal issue.

Prime Minister Khan needs to be told that the people of Jammu and Kashmir are living their lives happily and they have got full religious freedom. In J&K, Muslims enjoy equal rights as India is a secular country and it’s an abode of unity in diversity. Before talking about the human rights of minorities in other countries, he should see how his own country and China treat the members of other communities.

If he really wants to do something for Pakistan, he should persuade his masters, on whose tunes he dances, to give up their obsession with Jammu and Kashmir and allow him to do something for his own country. If he keeps on harping about Kashmir, his country may vanish from the world map. New India cannot tolerate anyone interfering in its internal matters. No power on earth can snatch Kashmir from India. During the past 70-years, every attempt made by Pakistan to look towards J&K has been thwarted and if it doesn’t mend its ways it would have to pay a heavy price for beating around the bush.

Khan’s assertion that the road to peace passes through Kashmir is an old political stunt that has lost its relevance. He should stop worrying about the “big benefits” that India will get, he needs to show some concern towards the nation he heads. He seems unaware of the fact that Pakistan is caught in the quagmire of uncertainty and it can crumble under its own weight at any point in time.

He needs to muster courage and tell his countrymen the truth that J&K is an integral part of India and if they want Pakistan to prosper they should forget Kashmir and move on.