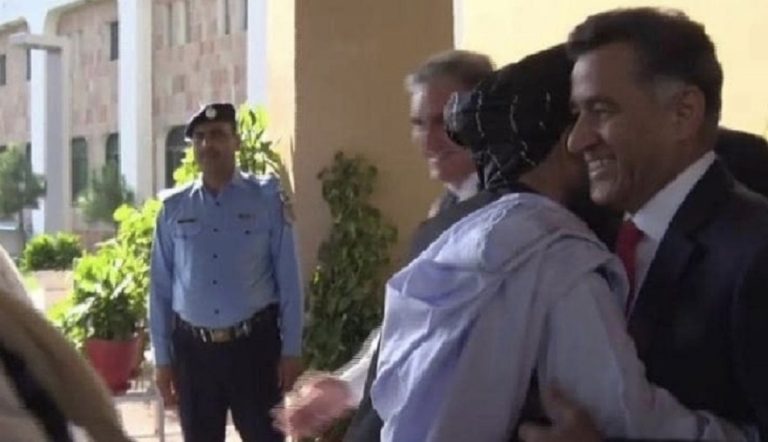 The Pakistan army is going through a huge internal crisis, fissures are visible through the rank and file of the organisation. While discontent at the lower level is quite apparent, it is the power play within the senior leadership that is more significant; it is the result of a succession battle that is now raging with the second, and possibly final, term of Pakistan Army Chief, General Qamar Bajwa, coming to an end in November 2021 and also due to different perceptions with regard to the Afghanistan policy of the Army.

In June 2021, there were reports of an assassination attempt on General Bajwa which led to the arrest of 14 officers, 22 SSG commandos and  30 soldiers. The assassination was to be carried out while the General was on tour in Pakistan Occupied Jammu and Kashmir (POJK), possibly with the intention of putting the blame on India.

The initial report was given by Dr. Amjad Ayub Mirza, a human rights activist of POJK who is active on social media and is a keen Pakistan army watcher. Mirza made a video which went viral.

The  incident was not reported by the Pakistan media at all, which shows the kind of control that “The Establishment” has over the fourth estate of the country.  However, the dissension did not die down and now it is coming more to the fore with the retirement date of the General coming closer. General Bajwa has already put his cards on the table by appointing a Shia officer, Lt. General Azhar Abbas, as Chief of General Staff (CGS). This puts General Abbas well into the succession battle with the support of the outgoing chief. The development does not bode well for the Shia haters and militant supporters within “The Establishment.” The other two contenders are Lt. General Faiz Hameed, chief of the notorious spy agency Inter services Intelligence (ISI) and the Rawalpindi Corps Commander, Lt. General Sahir Shamshad.

The second big issue of contention is the formation of the Government in Afghanistan in which the Pakistan Army wished to play a major role. There was, however, a differing perception in this too. Those with a Islamist and fundamentalist mindset like the ISI chief Lt General Faiz Hameed wanted to place  extremist elements of the Taliban in key posts. It is now reported that, at the behest of General Hameed, two top two leaders of the Taliban, Mullah Baradar and Haibatullah Akhunzada, have been sidelined by the Haqqani’s and are now under detention.

Thus, the ISI chief has engineered the ascendency of the Haqqani network that is partial to both ISI as well as the militant warlords of terrorists organisations like the Lashkar-e-Toiba (LeT) and Jaish-e-Mohammad (JeM) which operate in Kashmir. It is something that India needs to be concerned about.

All of this has been done by General Hameed without keeping General Bajwa in the loop. He has, as such, unilaterally and without state authority created a situation that the Government of Pakistan and the Bajwa faction of the Pakistan Army have reservations about. Many who are now ministers in the Government  are on the terrorist wanted list of the US, other western nations and the United Nations with huge prices on their heads. The move has made it difficult to project the moderate face that the Taliban wishes to adopt to gain international acceptability; it further, does it help in pushing Pakistani aspirations of building bridges with the US and other western nations.

Those of the Taliban who are negotiating with the US and other countries at Doha are quite upset with the manner in which things are shaping up due to interference of the ISI. They feel, and rightly so, that the Taliban is increasingly getting isolated instead of  gaining the acceptability that it requires. The emerging situation is perceived as  the harbinger of doom for the already beleaguered and isolated country. General Hameed has been hauled up for having engineered this set up but now it is too late, those occupying the chair will not let go in a hurry.

While the Afghanistan policy of the Government of Pakistan (read Pakistan army) continues to be in a state of flux there is a civil war like situation developing internally. There are constant clashes of the army with the people. The local police in Provinces like Sindh and Balochistan is restive due to interference in law and order by the Pakistan army and the many atrocities being committed by Army soldiers.

The Pakistan Army has got its fingers in too many pies including Afghanistan, India (Kashmir) and a host of fundamentalist organisations. On one side it is training terrorists and so-called Mujahedeen and on the other it is trying to establish a moderate face. The resultant confusion has divided the organisation into a number of distinct categories and pressure groups. The fact that General Bajwa is now no more than a rubber stamp since his retirement date is coming closer has led to a leadership vacuum. As a result, each is doing as he desires with no checks and balances in place. The tenuous internal security situation with militant warlords calling the shots in many areas is not helping; internal dissent is gaining alarming proportions; the meddling of the ISI chief in the affairs of Afghanistan and that too in a manner that is extra-constitutional is a matter of concern.

The problems being faced by the Government of Pakistan in controlling the rogue elements of its Army cannot remain isolated from the overall dynamics of the South Asian region and the world at large. While the QUAD meeting is scheduled to discuss only the Indo-Pacific issues, the  power play in Afghanistan and Pakistan cannot be ignored since it has global repercussions. It is better to control the situation now than to wait for another 9/11 to happen.