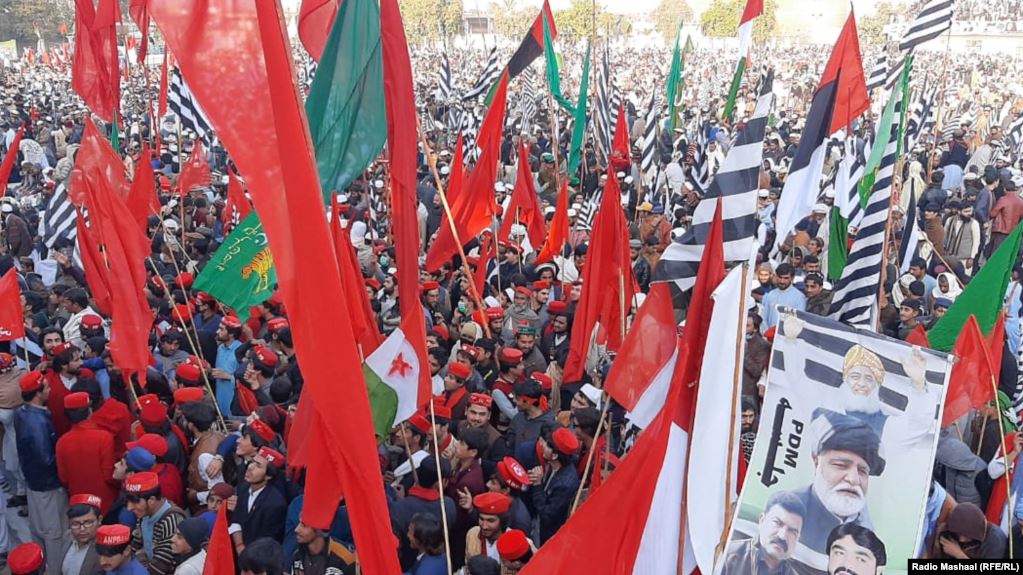 The Pakistan Democratic Movement (PDM) a collection of conservative, liberal, ethnonationalism, and Islamic political parties claimed they were seeking to “restore true democracy” by forcing the county’s pretorian army out of politics. Their goal was to pressure it to cease support for Khan and eventually submit to civilian supremacy. The Pakistani military denies participating in politics, but four army generals have ruled the country of more than 220 million people for nearly half of its history.

Four months on, however, the PDM is running out of steam. Its major component parties appear to have given up on mass resignations from the parliament and plans to storm Islamabad to force Khan’s resignation. His administration missed the alliance’s January 31 purported deadline to him to step down.

“The selected PM has failed to resign by the deadline set by PDM had given this illegitimate regime the opportunity to step aside respectfully and allow for a transition to democracy with free, fair and transparent elections,” Bilawal Bhutto Zardari the leader of Pakistan Peoples Party (PPP), one of the largest opposition parties in the county, tweeted late on January 31.

While claiming Khan’s administration was in disarray, the young opposition leader perhaps inadvertently highlighted the key trigger that set the PDM on a path to failure. In late December, the PPP stepped back from resignations from the parliament, which the PDM had long touted as a trump card to force Khan out of power and send the military back to the garrison. Instead, it announced plans to contest elections for the Senate, the upper house of Pakistani parliament elected by the country’s four provincial assemblies, and the National Assembly or lower house.

The PPP’s change of heart shook the PDM and left it scrambling to redefine a strategy. Public support for its vocal protests, which took the country by storm in October and seemed to set the stage for a showdown between PDM parties and Khan’s administration before Senate elections in March, soon waned.

Alliance leaders now offer meek prospects. “The January 31 deadline was not our ultimate deadline, so our struggle will continue,” Senator Jehanzeb Jamaldini, a lawmaker of the opposition Balochistan National Party Mengal (BNP-M), told Gandhara. “This government will fall because of its own mistakes and incompetence even if we fail to force it out of power.”

Jamaldini said a majority of political parties are ready to contest the Senate vote and have agreed to postpone their protest march until after the end of the Muslim holy month of Ramadan in mid-May. “Most [PDM member] parties agree that we should not leave the political arena and key institutions such as the parliament to government,” he said of the PDM’s logic behind contesting the polls.

But the disarray in the PDM’s ranks and its failure to force Khan out of power have emboldened the government to exploit its fissures.

“The PDM’s deadline has passed and the nation saw the reality of their hollow threat of mass resignations,” Information Minister Shibili Faraza tweeted on February 1. “The nation now knows that that their agenda is to protect personal interests and lust for power,” he added. “By rejecting all their words and deeds, the people have supported the elected democratic government.”

Suleman Khan Kakar, a political analyst in Islamabad, however, sees much deeper circumstances responsible for the fizzling out of PDM’s protests. He says the PDM’s biggest membersthe PPP, Pakistan Muslim League Nawaz (PML-N), and the Islamist party Jamiat Ulma-e Islamhave all worked to undermine and destabilize each other’s governments for years.

“This has created a kind of distrust among their top leaders that is not easy to overcome,” he said, noting the markedly different circumstances in which the three find themselves. Kakar says that despite their claims of vote-rigging the PPP actually improved its electoral performance in 2018 and have some share in power. “Their administration is now running the provincial government in Sindh, Pakistan’s second-largest province,” he said.

Unlike the PML-N and JUI, the PPP has been reluctant to take the country’s powerful military head-on. “If they end up on the wrong side of the military establishment, their grip on power will weaken,” he noted. “In Karachi, the provincial capital, rival political parties, criminal gangs, and terrorist groups can destabilize their party organization and provincial government,” he said, reflecting on volatile politics in the port city.

Kakar says the PML-N, on the other hand, has historically played it safe. Apart from toying with the idea of becoming an ideological group, the party has limited itself to power politics where it cashed in its large vote bank in the eastern province of Punjab, Pakistan’s largest, to form governments with the military’s acquiescence during the past three decades. “Despite the efforts of some of its leaders, it will take a long time for this party to transform,” he said.

As a senior official of the nongovernmental National Democratic Institute in Pakistan, Kakar has interacted with Pakistani political elites for a decade. He says that periodic stints in power have hollowed out most of Pakistan’s political parties, which are typically hereditary organizations. “Many of the PDM political parties used the mobilization for their joint protests to quash internal dissent and reunite their party’s organization, which worked well for some of its leaders,” he noted.

A deep reconfiguration of the Pakistani political culture, however, does not appear to be in the cards in the immediate future.