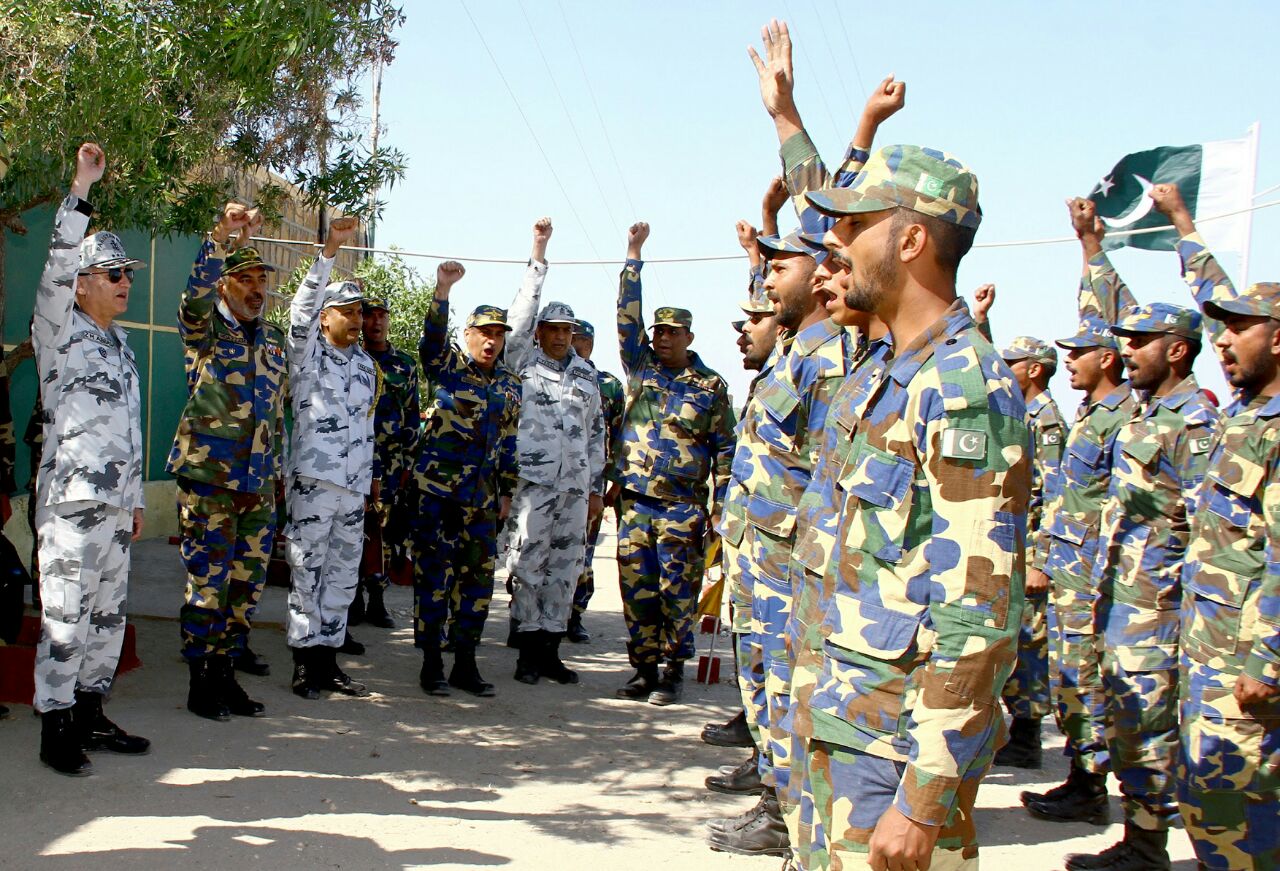 KARACHI: Police had a physical altercation with navy personnel near Hawke’s Bay in Karachi on Sunday according to a video that recently went viral on social media, Geo News reported.

According to a police spokesman, the incident took place on Sunday when a private car of a navy commander tried to go towards the beach but police personnel stationed over there stopped the car in line with the government’s coronavirus protocols.

The video, which surfaced on Monday, showed police personnel engage in a physical altercation with naval personnel near a checkpoint.

According to the report, it could not be found out who was at fault. However, an inquiry is currently underway, a police spokesperson said, adding that during the fight, five police personnel sustained injuries.

Police said a navy commander was going to Hawke’s Bay Beach in a private car with his family. When the police, who were stationed there to stop families from going to the beach in accordance with the government’s coronavirus SOPs, tried to stop the car, the commander got angry and “misbehaved” with the police.

Initially, the police did not retaliate considering the seniority of the officer. A few moments later, however, another car carrying several naval soldiers arrived at the site, the police said, after which a physical altercation took place between the two forces.

When asked if a first information report (FIR) had been filed regarding the incident, the police spokesperson replied that such incidents have taken place in the past too but an FIR is never registered.

A statement from the Navy could not be obtained, Geo News reported.