People With Lesser Rights In PoJK 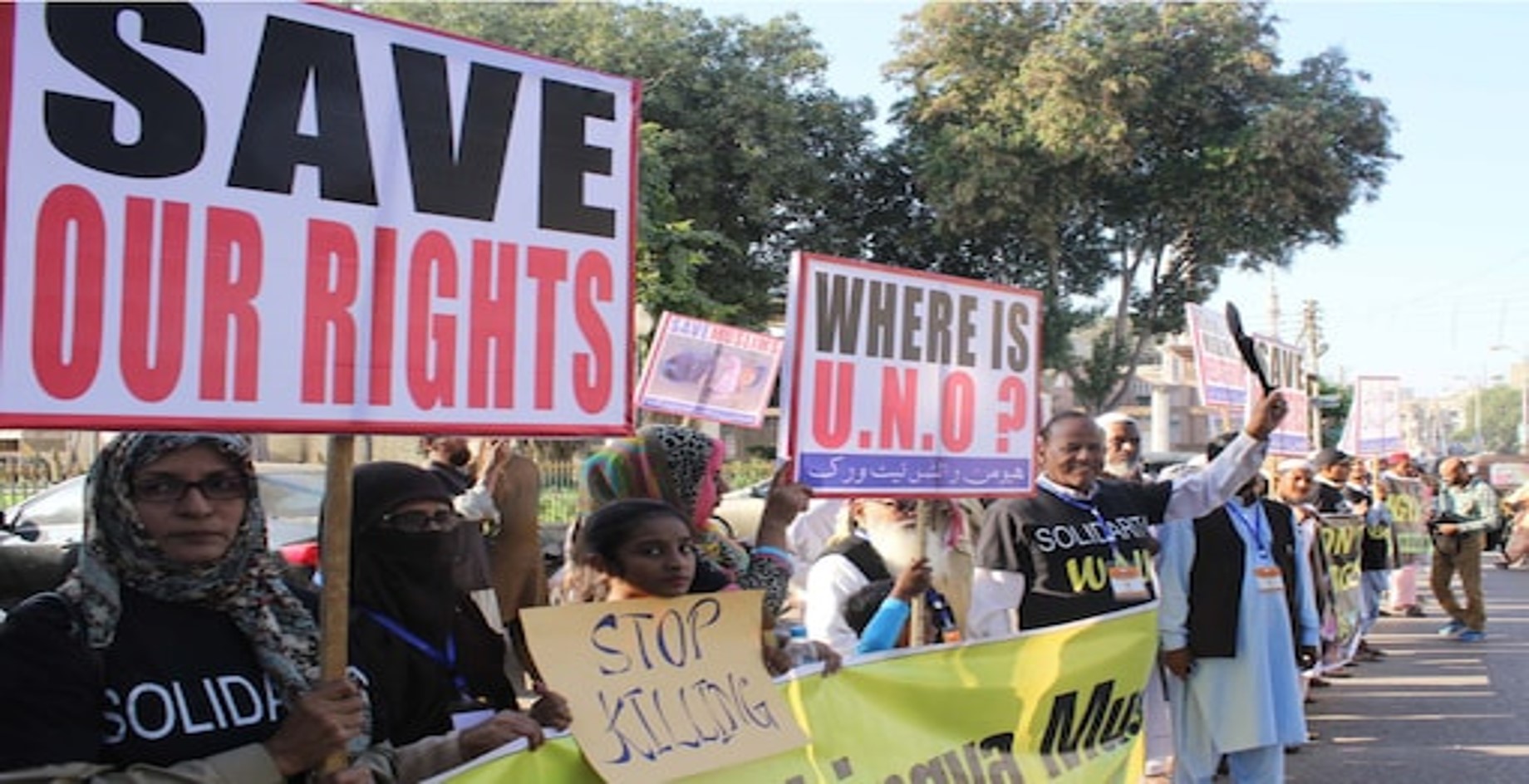 Year 2020 has been marred with lack of human rights for the India citizens who live under the occupation of Pakistan in Jammu Kashmir territory (PoJK) that has been named Azad (free) Jammu and Kashmir (AJK) by Pakistan since its occupation on October 22, 1947.

A recent report published by the Human Rights Commission of Pakistan (HRCP) reveals the scale of absence of human rights and the forceful deprivation of social and political privileges such as freedom of expression and association, that in other societies might be taken for granted. Let us examine them sketchily.

To start with let us examine the efforts the PoJK government has put into improving the human rights situation in the territory. Well, its Legislative Assembly enacted the AJK Human Rights Commission Act 2020, however, according to HRCP, “the commission’s structure remains questionable, and has not yet begun functioning.”

On the contrary PoJK government has deregistered 424 civil society organisations working in the region. No data has been provided by the PoJK government regarding human rights violations and no human rights monitoring group of designated individual is operating in the territory in 2020. No data is available to suggest the number of rape cases involving women and children since most of these vile incidents took place in the rural areas.

Local body elections have not been held since 1991 and no likelihood of them taking place is foreseeable in the near or distant future thus depriving the 4 million citizens of grass root level representation. Legislation has yet to be enacted to honour the commitment made under the Interim Constitution Act 1974 (13th Amendment) to the right to information. While the local media is curtailed through a draconian AJK Press Foundation which is a regulatory body headed by a serving high court judge.

The report reveals that coverage of news is not allowed to diverge from the official Pakistani narrative and “this compliance is achieved through a combination of structural censorship and selfcensorship. This self-censorship comes from an affidavit submitted by the journalist and the newspaper owners “declaring that they will not cross the lines drawn by the state of Pakistan when reporting, especially on the issues related to the Kashmir dispute.”

In 2020 only seven sessions of the Legislative Assembly were held over a period of 66 days and matters of grave importance and related to governance such as the appointment of a Chief Justice after the previous on retired on March 31, 2020, remain pending. Courts are under staffed. For example, the PoJK High Court should have 8 judges, however, there are only 3 appointed. Similarly, the Supreme Court, under normal circumstance, must be manned by three judges but only one is currently available.

Lack of a Supreme Court Chief justice and shortage of judges at the Supreme and High court level has created a back log of cases and dissatisfaction among lawyers led to the worse protests in 2020 when they clashed with the police on February 15 leaving at least two dozen wounded.

Social and political unrest has been the main feature of civic activity in PoJK during the year 2020. The diversion of Rivers Neelum and Jhelum to facilitate the construction of two Hydro power projects namely the Kohala (1124 MW) and the Neelum Jhelum (969 MW) gave birth to Darya Bacho (Save the River) Committee, led by a Muzaffarabad based popular political dissident by the name of Afzaal Sulehria who died of a mysterious heart attack.

Several social media activist and journalists were booked under cybercrime laws for using Twitter and Facebook to express their disgust at the ongoing social and economic injustice and the plunder of PoJK’s natural resources by Pakistan. To mention a few, Waseem Khawaja and Wassi Khawaja were booked on March 27, journalist Hayat Awan, Usman Chughtai and Atique Khawaja were booked on June 17, Tariq Naqash of Dawn Group was booked for contempt of court after he tweeted his comments regarding Supreme court and on August 20, Zaheer Chaudhary was booked under cybercrime laws for commenting about religious scholars and police on Facebook.

The list and details of human right abuses in PoJK is far too long to be included in a short article. However, the above writing should suffice to give the reader an idea of how people with lesser rights are living their day to day life in the Pakistani occupied territory of Jammu Kashmir.