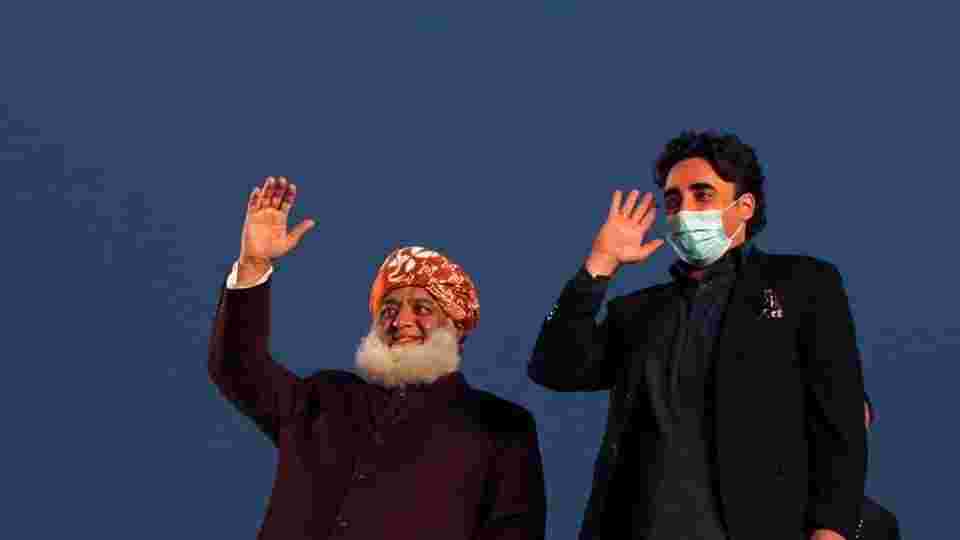 PPP President Asif Ali Zardari is considered a shrewd politician like Maulana Fazlur Rehman. Zardari has mostly preferred a democratic approach and has not targeted his opponents and media when in power. Zardari also deserves the credit for starting the CPEC and moving Pakistan closer to China and Russia, away from the US. He also managed the relations with the establishment better than Nawaz Sharif and Imran Khan. It was once said that one Zardari is dominating all others. For some time, however, Zardari has been playing a strange politics: maybe because of the fear of possible ‘cases’ that may be pursued against him or his fear of losing the government in Sindh or because of Nawaz’s betrayal.

It seems that Zardari is himself destroying the PPP. He is also limiting the prospects of Bilawal’s future in politics. Most of the secret dealings he had with the powerful elements are known to him, his sister Faryal Talpur, Bilawal, and Farooq Naek. Other leaders of the party have no idea what is going on. Bilawal tried hard to show himself as the heir of Bhutto and Benazir. But Zardari changed him to Bilawal Zardari!

Zardari also played politics in the Senate elections by allying with the establishment. Without his help, Sadiq Sanjrani could not have become the chairman of the Senate. He also helped PTI to make its candidate the President, angering Maulana Fazlur Rehman, even as Bilawal Bhutto kept calling Imran Khan a selected Prime Minister. PPP has, in fact, cooperated with the PTI government on every issue and sabotaged the chances of forging unity in the opposition. For the first year, there was not a single PPP took that was opposed to the decision of the PTI. It is another thing that despite that, the PTI-led government was not kind to him.

Finally, all opposition parties came together and formed the PDM to start a final movement to end the role of undemocratic forces. The PDM platform gave space to the Baloch and Pukhtun nationalists. It also united the major political parties of Punjab and Sindh. It was headed by JUI-F chief Maulana Fazlur Rehman who has tremendous street power. PDM managed to shake up the government and its supporters.

Following this, the government and its backers started wooing the opposition parties. All opposition parties rejected such moves but PPP secretly tried to reach a consensus with the government. It started to take some steps to show its loyalty. Firstly, Bilawal gave some surprising statements in a BBC interview which hit the PDM hard. Then PPP tried to stop PDM from going ahead with the decision to resign en masse, and plan the Islamabad dharna. It tried to delay the date for resignations. It also asked for holding a by-election for the vacant seats in the Senate. Its schedule for the PDM rallies looks less like protests and more election campaigns.

PPP is now hoping that if it breaks away from the PDM, it may get some relaxation from the government. But it would be an unwise move for the PPP. It would then be restricted only to Sindh and uprooted in all other provinces. Bilawal has two options. Either he acts according to the PDM’s motives and plays the role of a leader, or follows his father to save his influence in Sindh. Let’s see what decision Bilawal takes!