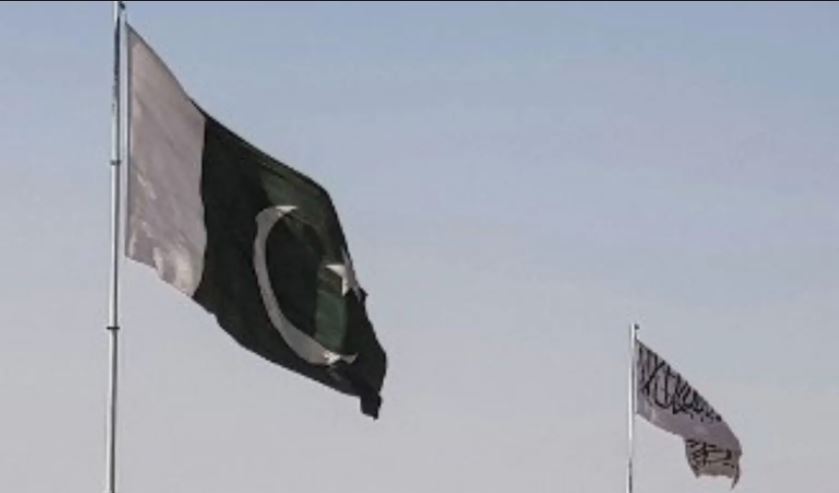 Historically, Pakistan viewed Afghanistan as its strategic backyard and was piquantly uncomfortable with any Indian influence in the country. Islamabad has made great strides to check Indian influence in Afghanistan in the past. Pakistan supported the Mujahideen in chasing out the Soviets, who at the time were an important ally of India. Later, Pakistan supported the Taliban to keep the pro-India Northern Alliance out of contention. India, despite making its best effort to contain Pakistan, has failed with the Northern Alliance inability to defeat the Taliban.

Pakistan and Afghanistan have much in common. Besides sharing a long common frontier, they also inherited the common cultural and religious tradition. Both declared themselves as an Islamic republic and enrolled as full members of the South Asian Association for Regional Cooperation (SAARC). Long-standing Afghan migration to the territories that now compose Pakistan makes them an integral part of the Pakistani society. Yet, the irony of the situation is that relations between these two countries, bound by linguistic, religious and geographical links, have remained far from cordial. The relationship between the two countries has been largely hostile since the independence of Pakistan in 1947. Afghanistan was the sole country to vote against the admission of Pakistan into the UN.

The primary cause of this hostility is the demand for Pashtunistan, which was put forward by the Government of Afghanistan immediately after the emergence of Pakistan as an independent state in 1947. The essence of this demand was that Pathans and Pushto-speaking tribes in northwestern Pakistan should be bestowed the rights to ‘opt out’ of Pakistan and carve out an autonomous state of their own. There was a greater degree of uncertainty about the future of Pakistan, after its independence from India. And the Government of Afghanistan’s claims on Pashtunistan were based on this very belief that Pakistan would not survive as a state and was bound to fail. In anticipation of such an eventuality, Afghanistan wanted to claim certain areas in case of the failure of Pakistan to bind and hold as a state.

The demand for Pashtunistan as an independent state also stems from the aspiration of Afghanistan to become a regional power. There were other reasons too. Afghanistan was nursing a long-cherished demand to get an outlet to the sea, as it remains a landlocked country. Afghanistan desperately needs an opening to the sea to reduce its dependence on transit routes to other countries and further reduce the cost of logistics to make trade and commerce more competitive. The Balochistan province of Pakistan was also included in the Greater Pashtunistan definition to gain access to the Arabian Sea.

The demand of Pashtunistan was not confined only to the peripheries of strategic discourse and political posturing. Afghanistan even armed the separatist movements in Pakistan to destabilize the country. With Pakistan showing its ability to hold as a state and its army establishing military superiority over Afghanistan, the idea of Pashtunistan was restricted to just political rhetoric, with each passing decade. However, this created deep mistrust and prevented the emergence of strong ties between the two countries.

There was another thorn in Pakistan’s flesh. Since 1949, a series of armed skirmishes and firefights have occurred along the Durand Line between the Afghan National Security Forces (ANSF) and Pakistani Rangers. The two countries share a nearly 2,600 kilometre, largely porous border, which encourages illegal movement in both directions. The international border between the erstwhile British Raj and Afghanistan was established after the 1893 ‘Durand Line Agreement’ between British Foreign Secretary Sir Henry Mortimer Durand of the then British Empire and Afghan representative Amir Abdur Rahman of Afghanistan for fixing the limit of their respective geographical spheres of influence. The Durand Line was reaffirmed as the International Border between Afghanistan and the British Raj in 1919 after the Anglo-Afghan war. The Pakistan side of the border area includes the provinces of Baluchistan, the North West Frontier Province (NWFP), and the adjacent federally administered tribal areas (FATA). On the Afghan side, the frontier stretches from Nuristan province in the northeast to Nimruz in the southwest. The border region is predominantly inhabited by ethnic Pashtuns, who were divided by the Durand Line.

Pakistan inherited the Durand Line agreement after its independence in 1947, but all successive Afghan governments, including that of the Taliban, have never recognized the Durand Line as an international border. They further made claims on the Pasthun and Baluch region of Pakistan. It has been long rejected by Pakistan and the border dispute remains a constant source of bilateral tension.