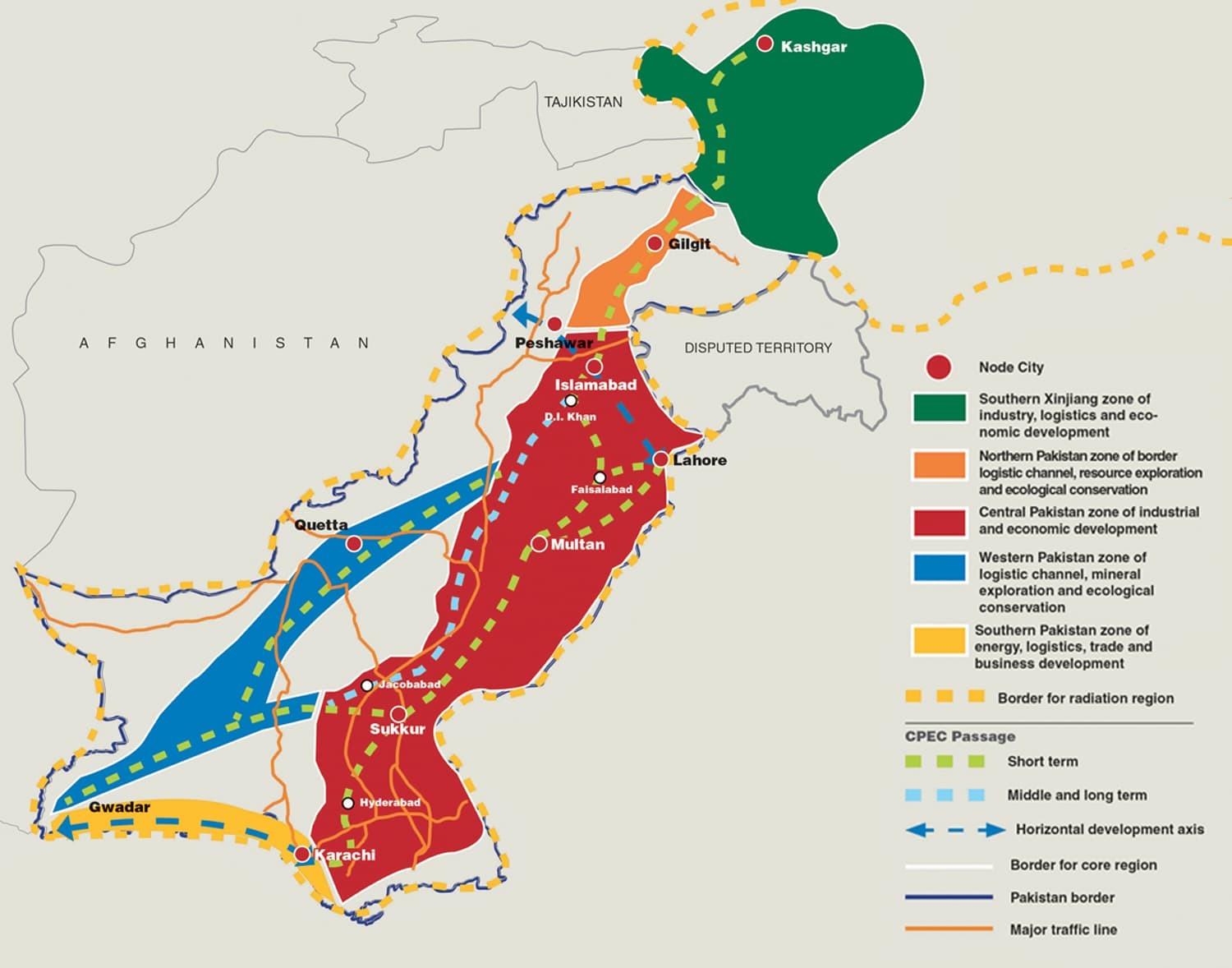 CPEC has made Pakistan the hub of the region. After expanding to Central Asia and Afghanistan, CPEC will revive the historic Silk Road, with Pakistan as the central point. Gwadar and the Iranian port of Chabahar together connect the route to the Middle East and the Near East, and its features are beginning to emerge. But many difficult steps remain to be taken until this dream becomes a reality. Peace in Afghanistan is mandatory for Eurasia. Luckily the Pakistani government and army are working for peace in Afghanistan learning from the past.

The enmity of the Arab countries with Iran is a major obstacle in the way of turning the Eurasian concept into reality. These religious differences are rooted in a power struggle, which the United States and Israel have taken full advantage of by following the old principle of divide and rule. Falling oil prices and the growing search for environmentally friendly fuels endanger the leadership of the Arab world, as their leadership role depends on oil and the wealth it generates.

In addition, the monarchy in the Arab countries did not allow political and economic reforms to flourish there. Pakistan needs to balance its foreign policy in this situation because of its religious and economic ties with the Arab world. It is also important to keep in mind the relationship with the emerging powers as a result of the weakening economic power of oil. Iran is our neighbour and the historical roots of our relationship with it are very deep. Effective completion of the CPEC is not possible without Iran’s cooperation. Only peace in Chabahar and Afghanistan will make this project complete and effective.

Due to BRI, the competition between global leadership and even regional powers is weakening and a multipolar world is emerging. Despite Pakistan’s central role, the fulfilment of the Eurasian concept requires India to refrain from its covert and open intrigue. India’s ambitions and stubbornness have taken the trade of the landlocked eastern and western regions hostage. The partnership of different forces in world power and the Eurasian journey can no longer be stopped. Pakistan is an integral part of the BRI. If India changes its mindset and joins the CPEC, the economic growth of the entire region will accelerate many times.

With CPEC and BRI, we have unique and immense opportunities economically, politically and culturally. With the completion of this project, Pakistan’s economy and political role in the region will reach new heights. Pakistan’s international acceptance of the Afghan peace process is a reflection of this, but many milestones remain to be reached. At the policy-making level, growing concerns about China’s supremacy in Pakistan also need to be considered. The world born of this new form of global relations needs to be properly understood in schools, universities and the media. In the case of SCO, China’s political principles can be understood. This principle of “Tianshiya” means under one sky, in the light of which China sees the whole world. This concept is based on the principle of mutual cooperation and partnership rather than supremacy. The sooner Pakistan realizes this, the sooner it will play its central role in the region.