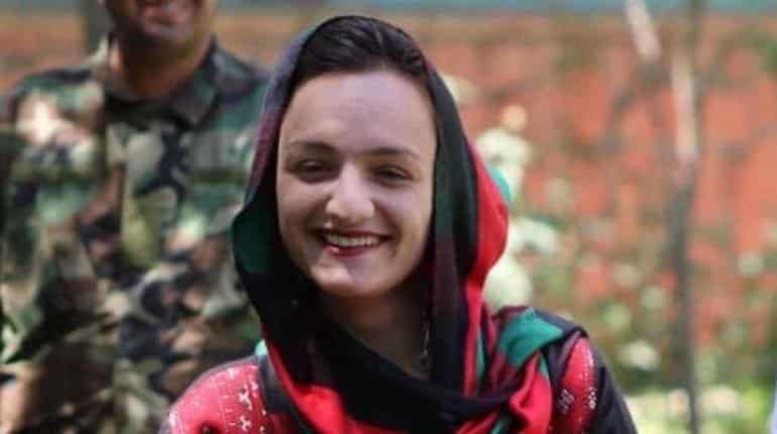 An Afghan mayor, who fled to Germany after the Taliban takeover, revealed on Tuesday that the Taliban had a list of persons who took a liberal stance during past internationally recognized governments.

Zarifa Ghafari, one of Afghanistan’s first female mayors, recounted the Taliban looking for her at her home and assaulting the security officers stationed there.

The former mayor of Maidan Shahr, which is located west of Kabul, stated that Afghanistan will always be theirs, regardless of who governs the country.

“Afghanistan was ours & it’ll remain ours no matter who comes. If women like me are not there now, it’s because… just like a tiger who takes two steps back to come back with more force…We have to show to the world the real face of Taliban in Afghanistan, ” ANI quoted Ghafari as saying.

The status of women in Taliban-controlled Afghanistan has become one of the most hotly debated topics in recent days, especially after it became clear that the Taliban would run the country.

“They have a list of people who took a liberal approach earlier…Do you know why they Taliban are killing people like me? Because they don’t want other people to know what they are. They don’t want Afghans to stand against them, ” Ghafari said.

“I want to talk to the Taliban leaders. I am taking responsibility. I even forget the death of my father. I want to negotiate with them on behalf of every unspoken woman, ” she added.

She also addressed the involvement of outside actors such as Pakistan in the ongoing issue.

Pakistan has been accused of assisting the Taliban in their offensive against government forces for a long time.

“Pakistan’s role is crystal clear, and every Afghan kid understands it,” she stated.

In March 2020, the Trump administration presented Ghafari with the International Women of Courage Award, during which she warned that Afghan women are “always worried for the future” since they “have not forgotten the Taliban’s reign.”

At the age of 26, Ghafari made history when she became the youngest and first female mayor in Afghanistan’s Maidan Wardak province.

Ghafari, like other women who have managed to break free, is now frightened about the Taliban’s takeover of Afghanistan.