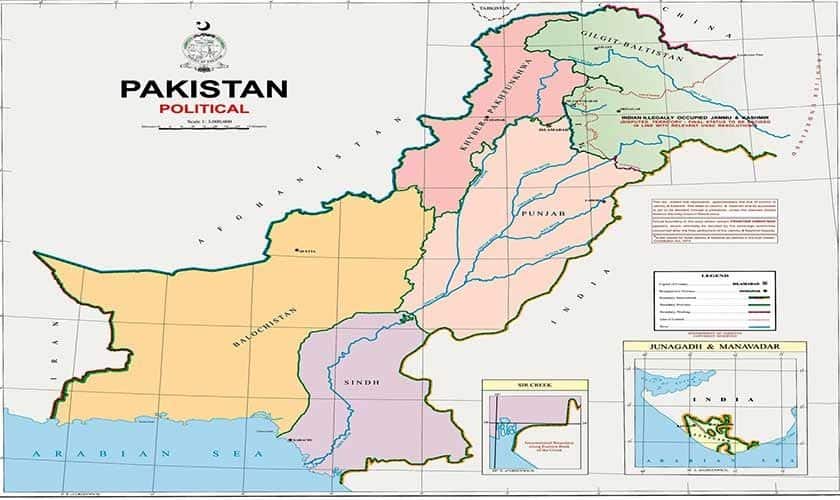 Issuing a new map from Pakistan on 5 August has changed whole history and geography. Kashmiris started their freedom movement by shedding their blood. The struggle of Kashmiris has given Pakistan its true borders. Prime Minister Imran Khan took an important initiative by releasing a new map of the country which showed Kashmir, Ladakh, Gilgit-Baltistan and FATA all parts of Pakistan. Syed Afzal Haidar would say that Pakistan was created on 14 August 1947 but there were no boundaries. After three days, a bogus announcement about the geographical boundaries was made. India sent its forces to Kashmir to occupy it. Pakistan did not give up and started a movement to free Kashmir. After witnessing the resolve and commitment of the Pakistani army, Jawaharlal Nehru took the matter to the UN and said it would be resolved under the UN supervision. But nothing happened.

It was in the background of the radical changes that happened around the world in the later 1980s, Kashmiris rose against the Indian state and started a movement. Till now, over a lakh, Kashmiris have laid down their lives. The movement has survived and strengthened with time. From Syed Ali Shah Gilani, Yaseen Malik, Mirwaiz Umar Farooq to Burhan Wani, they have all kept the movement alive. Pakistan, meanwhile, has provided diplomatic and logistic support to the movement. But India’s atrocities do not seem to end. On 5 August 2019, it came up with a new plan to abrogate the special status of Jammu and Kashmir so that it could fully annex the state. New Delhi wants to settle non-Kashmiris in the state and change the demography of a Muslim majority region. But Pakistan by issuing a new map, has tried to reign in India. If on 14 August 1947 geographical boundaries of Pakistan were not demarcated, today we have a clear picture about what constitutes Pakistan.

The Pakistani government observed 05 August 2020 as Youm-i-Istehsal to mark one year since the special status of India-held Kashmir was revoked by New Delhi. All major political parties of the country observed Black Day on the appeal of Jamaat-e-Islami and expressed their position in the National Consultative Meeting that the only way for the independence of Kashmir is Jihad. Amir Jamaat-e-Islami Sirajul Haq said giving more time to Modi’s war crimes would be tantamount to setting millions on fire. The important thing about this national consultation is that the President of Azad Kashmir also addressed it and his position like other participants of the consultation was that the road map of independence should be given and the only way to achieve independence is jihad. The current government was asked to provide a roadmap for the independence of Kashmir, but it brazenly issued a map of Kashmir and declared it as an official map.

Sometimes the government asks to observe silence for half an hour, other times it releases hymns and sometimes it changes the name of the road and now a new map has been issued which is again paperwork. Whether the United Nations recognizes it or not, the Pakistani nation must recognize it. But we are sure that the government of Pakistan itself will not accept it as an official map. If it is an official map, then according to this map, occupied Kashmir is part of Pakistan, and it is the responsibility of Prime Minister Imran Khan Niazi, to take notice of the presence of one million Indian troops in his country. According to the official map issued by the Prime Minister, Kashmir is part of Pakistan. Niazi himself has been trapped by issuing this map. Now it is his responsibility to expel foreign troops from his country.