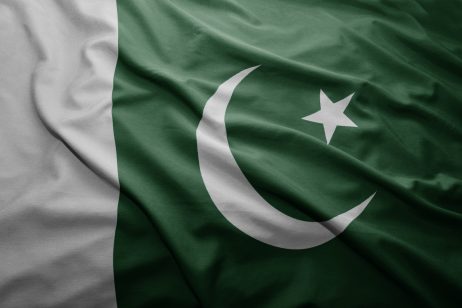 Women avoided visiting picnic spots alone, even with their male relatives, in Bajaur tribal region on Sunday after a local “jirga” (meeting of tribal elders) of the Salarzai and Khar tehsils of the volatile district imposed a ban on entry of females into public places. Pakistan’s ‘Jirga’ (tribal council) of elders announced a ban on women’s entry to tourist spots and said that they will take it upon themselves to enforce the decision if the government did not impose it by Sunday.

In the Global Gender Gap Report which was released by WEF on Wednesday, Pakistan ranked as the second-worst country in terms of gender parity.

Several JUI-F leaders and religious figures of the region were present during the gathering along with several elders from various tribes and areas of the Salarzai tehsil.

Concerns were expressed over the ‘unethical’ activities in the name of entertainment at Ragagan dam on Thursday, local media reported.

Maulana Abdur Rasheed, JUI-F district chief and Khar tehsil council chairman, along with other speakers said that the jirga was meant to discuss and resolve the issues of the region that emerged during Eid peacefully and amicably.

During the gathering, the speakers said that several local women visited different tourist and picnic spots in the Eid holidays to attend musical concerts and boat rides, either with their husbands or other relatives, adding that it was against the local customs and traditions based on Islamic principles.

The participants were also told that there was no room for tourism and entertainment in Islam and local traditions and they were termed “totally unethical and unacceptable.”

The decision to restrict women’s entry to tourist/picnic spots was announced by Maulana Rasheed, who called it a “joint declaration” of the jirga, local media reported.

“We want to promote tourism in our areas as it is vital for the socio-economic development of the region. We are only against women visiting such areas as it was in contrast to our customs and traditions. Hence, the jirga banned it,” he said.

Rasheed said that a complete ban on women’s entry to picnic sites, with or without husbands, was approved by all the participants.

The jirga asked the residents of the Salarzai region not to take women in their families to picnic places now, and the local authorities were asked to recruit local residents in various departments in the district instead of outsiders, Rasheed said as quoted by local media.

Even though the party has influence in the tribal district, social activists said that the decision did not have any legal or constitutional backing.