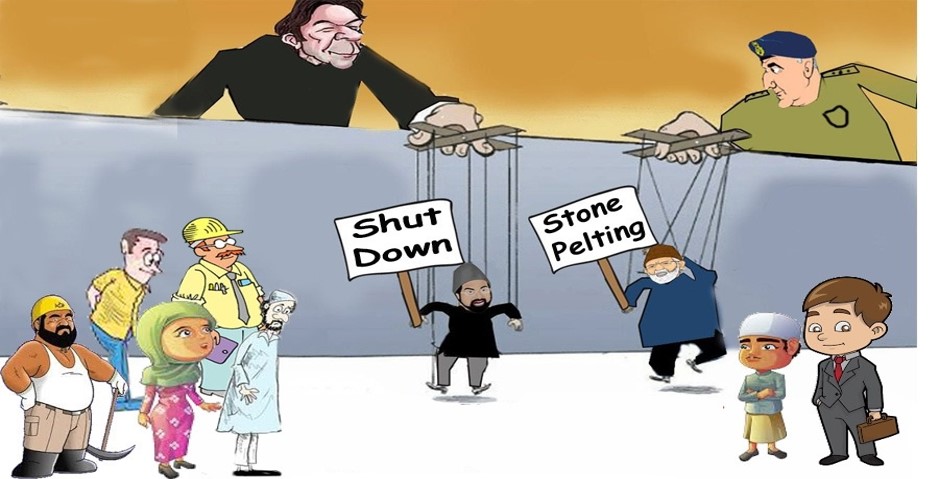 On March 26, 1971, Pakistan army launched ‘Operation Search Light’, ostensibly to restore law and order in what was then East Pakistan
Some may say it’s merely a coincidence, while others may contend that it’s an attempt to compare apples with oranges, but since the Pakistan army has a history of repeating its stratagems, drawing parallels between its actions becomes inevitable.
Pakistan’s Stratagem
Readers may recall that in 1947, Pakistan army launched a full-fledged military operation [codenamed ‘Operation Gulmarg’] by disguising its rank and file as ‘tribals’. In 1965, Rawalpindi masqueradedits army soldiers as ‘razakars’ [civilian volunteers] during its second unsuccessful attempt in 1965 [‘Operation Gibraltar’] to seize Kashmir, and then as ‘freedom fighters’ during the 1999 Kargil intrusions [‘Operation Koh-i-Paima’].
Even though it may sound odd, but then, the modus operandi of Pakistan army in ‘Operation Search Light’ during 1971 in erstwhile East Pakistan has an uncanny similarity with what ISI did in Kashmir during the late eighties and early nineties as part of ‘Operation Tupac’. It may be argued that as these two situations were completely different as East Pakistan was then part and parcel of Pakistan, while Kashmir isn’t, and so, it’s a case of comparing apples with oranges.
While this viewpoint does have merit, the terminal objectives were the same- getting both these places under Pakistan control. So, to conclusively establish if there is any the similarity, let’s examine both these operations dispassionately.

On March 26, 1971, Pakistan army launched ‘Operation Search Light’, ostensibly to restore law and order in what was then East Pakistan. However, under its garb, Pakistan army resorted to use of brute force for crushing dissent by eliminating not only those who were considered a direct security threat, but the ones whose political and ideological outlook went against the establishment. It also undertook ethnic cleansing of the minority Bengali Hindu community.
As news of Pakistan army’s barbarity during this operation slowly started trickling out, Rawalpindi went into a damage control mode. On April 14, 1971, it organised a guided tour of East Pakistan for a select media team from West Pakistan. Eight senior journalists were selected and assistant editor of Karachi based ‘The Morning News’ Neville Anthony Mascarenhas was one amongst them. The army’s intention was to use this media team’s selective reportage to camouflage the ongoing atrocities and project a positive image of Pakistan army’s action in East Pakistan.
However, this plan backfired when, shaken by the unmentionable brutality of Pakistan army against innocent citizens of East Pakistan, a conscious-stricken Mascarenhas decided to tell the world the truth by exposing ground realities. Knowing that he couldn’t publish the gory facts while in Pakistan, he fled to the UK alongwith his wife, where under the caption “Genocide,” he wrote a first-hand graphic account of brazen human rights violations, which was published in ‘The Sunday Times’ on June 13, 1971.
What’s particularly of interest is his exposé on the Gen Yahya Khan Government’s policy for East Pakistan, which had “three elements”, and is quoted below:
(1) The Bengalis have proved themselves “unreliable” and must be ruled by West Pakistanis;

(2) The Bengalis will have to be re-educated along proper Islamic lines. The ” Islamisation of the masses ” [this is the official jargon]-is intended to eliminate secessionist tendencies and provide a strong religious bond with West Pakistan.

(3) When the Hindus have been eliminated by death and flight, their property will be used as a golden carrot to win over the under-privileged Muslim middle class. This will provide the base for erecting administrative and political structure in the future.

In late eighties and early nineties, Pakistan unleashed ‘Operation Tupac’in Kashmir due to which the Valley experienced an unprecedented upsurge in violence perpetrated by Kashmiri youth, trained and armed by Pakistan army’s Inter-Services Intelligence [ISI]. Though Pakistan denies its involvement, but Rawalpindi’s deep involvement in fomenting unrest in J&K isn’t mere conjecture.
In an interview given to ‘Der Spiegel’ in 2010, while answering the question- “Why did you form militant underground groups to fight India in Kashmir,” former Pakistani President and ex-army chief Gen Pervez nonchalantly admitted, “They [terrorist groups] were indeed formed. The government turned a blind eye because they wanted India to discuss Kashmir.”
One has to accept that ISI had done its homework pretty well. The violent stage of ‘Operation Tupac’in Kashmir was preceded by a phase of extensive religious indoctrination in which it used local proxiesto poisonthe minds of the masses by breeding fundamentalism through dissemination of misinterpreted Islamic tenets.
This campaign, which had worked wonders in motivating Mujahideens fighting the Soviets in Afghanistan also achieved success in Kashmir. Thus, when the violent phase of ‘Operation Tupac’ commenced and the minority Kashmiri Pandit [KP] community was systematically targeted there wasn’t much resentment amongst local Muslims. So much so, when armed groups didn’t even spare members of their own faith, and eliminated those, who on account of their political or ideological beliefs were perceived to be a threat to the idea of Kashmir’s accession to Pakistan, it didn’t cause any ripples.
Resultantly, while on the one hand KPs were forced out of Kashmir, on the other hand secular and pragmatic Muslims weren’t spared either. Wearing of Hijab was made compulsory and incidents of acid attacks on those who didn’t comply were reported. Beauty parlors were forcibly shut down and screening of movies proscribed. A cigarette seller in Srinagar was set ablaze. Most importantly, the more than four-decade old demand of “Azadi” [independence] was replaced by the clarion call of “Kashmir Banega Pakistan” [Kashmir will become part of Pakistan]
So much so that numerous professionals, intellectuals as well as clerics championing secessionist agenda were murdered. Even the rank and file of Jammu and Kashmir Liberation Front which was fighting for an ‘independent’ Kashmir were also targeted. This again isn’t mere speculation or an irresponsible assessment.
In 2011, while speaking at a seminar, senior Hurriyat leader Prof Abdul Ghani Bhat himself admitted that “The present movement [in Kashmir] against India was started by us [by] killing our intellectuals,” emphasising that “Wherever we found an intellectual, we ended up killing him!” [Emphasis added].

The best way to bring out similarities of these two operations, is to replace just a few words in the Gen Yahya Khan’s 1971 “three elements” strategy in erstwhile East Pakistan, which has been done below:
(1) The Bengalis [Kashmiris who don’t toe Pakistan’s line] have proved themselves “unreliable” and must be ruled by West Pakistanis;
(2) The Bengalis [Kashmiris] will have to be re-educated along proper Islamic lines. The ” Islamisation of the masses ” [this is the official jargon]-is intended to eliminate secessionist tendencies and provide a strong religious bond with West Pakistan;
(3) When the Hindus [Kashmiri Pandits] have been eliminated by death and flight, their property will be used as a golden carrot to win over the under-privileged Muslim middle class. This will provide the base for erecting administrative and political structure in the future.
From the aforesaid, it is amply clear that ‘Operation Tupac’ is but a true replay of ‘Operation Search Light’ and this is what every Indian needs to keep in mind. While KPs were forced into exile, Muslims too were terrorised into submission by rampant targeted killings of their own community members. Religious indoctrination by pro-Pakistan clerics and over ground workers of politico-religious parties like the Jamaat-e-Islami Kashmir [which in way back 1989 had adopted Hizbul Mujahideen [HM] as its “militant wing” heightened communal animosity amongst Kashmiri Muslims.
Acts of commission and omission being attributed to ordinary Kashmiri Muslims as far as enforced exodus of KPs is concerned was the combined result of communal frenzy achieved through effective religious indoctrination as well as the instinct of self-preservation. There are indications that Pakistan is adding fuel to the ongoing controversy generated by the movie ‘The Kashmir Files’ through its proxies, many of whom portray themselves as patriots and activists championing inclusiveness and secularism.
It shouldn’t be forgotten that creating a communal divide in India only helps Pakistan, and so, rather than identifying ourselves as Hindus or Muslims and baying for each other’s blood, the need of the hour is to jointly thwart this devious design by rising up unitedly as Indians.