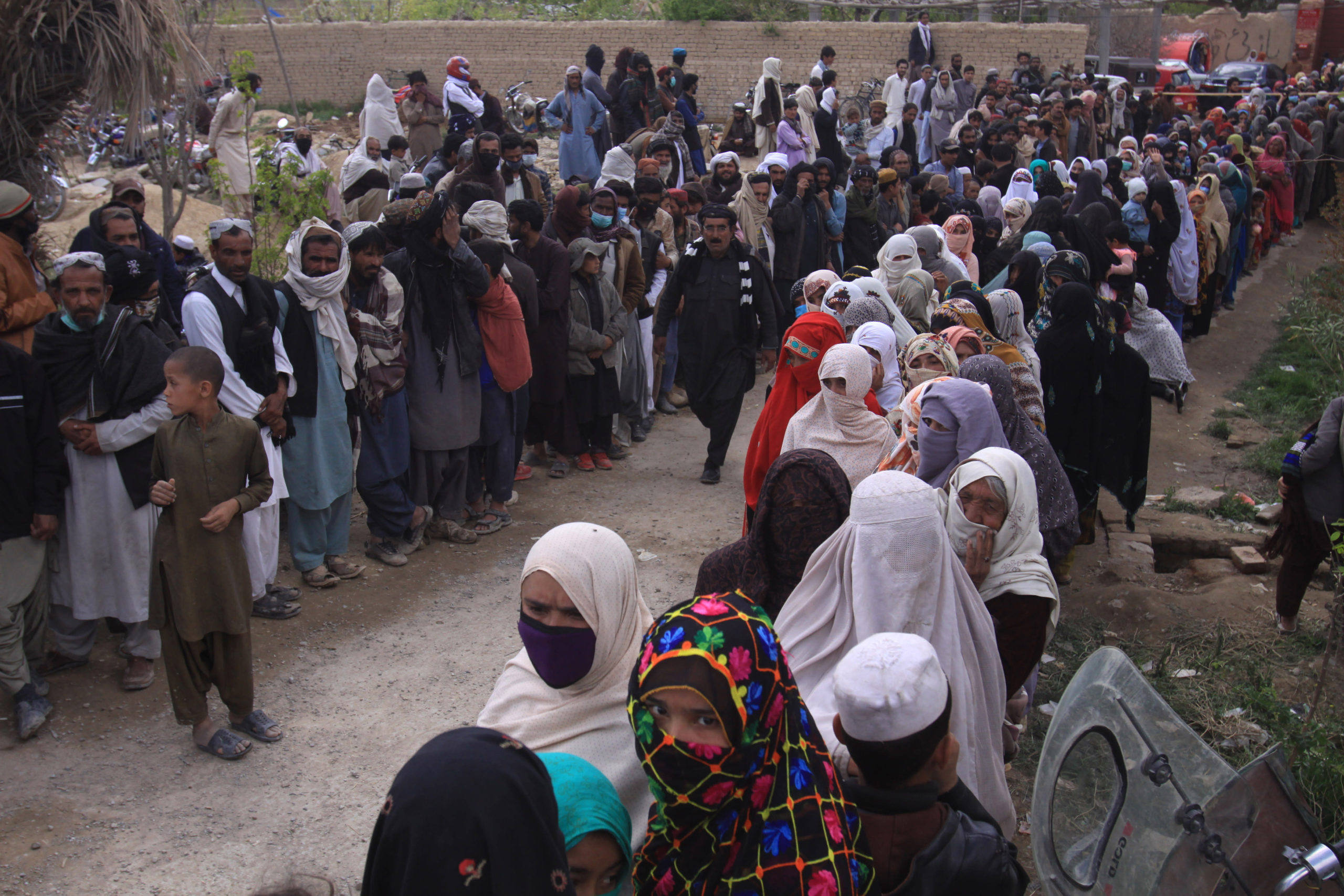 Weeks after the Pakistani government relaxed a series of poorly observed restrictions, a sharp spike in COVID infections has prompted authorities to reimpose measures and warn of the possibility of more severe lockdowns.

On March 18, Planning Minister Asad Umar, who is coordinating the country’s anti-COVID response, noted that daily hospital admissions and the number of people requiring critical care were skyrocketing.

“Please be very very careful, the new strain spreads faster and is more deadly,” he wrote on Twitter, urging Pakistanis to comply with the government’s Special Operating Procedures (SOP), which have been largely flouted since the first wave of infections ebbed last summer. “If SOP compliance does not improve, we will be forced to place stronger restrictions on activities,” he warned.

Umar heads the National Command and Operation Center, which coordinates Islamabad’s efforts to fight the coronavirus. On March 17, Pakistan recorded 3,495 infections and 61 deaths, according to government statistics. This represents a threefold increase compared to the beginning of the month.

The new wave of infections is worrying amid a slow rollout of vaccines. Islamabad purchased shipments of China’s Sinopharm vaccine this week after relying on donations from the United Nations and China to vaccinate its estimated 220 million people. So far, nearly half a million healthcare workers have been inoculated, and the elderly are now being vaccinated.

Across the country, authorities are imposing local shutdowns and reintroducing school closures and bans on large gatherings.

On March 15, Mahmood Khan, the chief minister or most senior elected official in the northwestern province of Khyber Pakhtunkhwa, announced that schools in the most affected districts would close till March 28.

The government also announced a “micro-smart lockdown” in several cities including Khyber Pakhtunkhwa’s capital, Peshawar, the national capital, Islamabad, and the adjoining city of Rawalpindi in the eastern province of Punjab. Lahore, the capital of the same province, is also facing shutdowns. A micro-lockdown refers to the specific closure of a street, neighborhood, or market in response to rising infections.

The Punjab provincial government said all businesses and shops must close by 6 p.m. In Khyber Pakhtunkhwa, they cannot stay open past 8 p.m. However, the announcements were met by swift criticism from business owners who called the measures “suffocating” and maintained the government is using COVID as an excuse to stop opposition protests.

“Instead of ordering shops to remain open only for 12 hours, the government should ask for 18 hours. This would reduce the rush in markets,” said Naeem Mir, head of the All Pakistan Traders Association. He told Radio Mashaal that to his knowledge the government had not consulted any businesses before making the decision.

“This is not acceptable,” he said, adding that if the government attempts to impose the lockdown, “we will close the shutters but continue to run business from behind closed doors. If the police raid our businesses (for violating the ban), we will offer bribes and shift the burden to consumers.”

An alliance of private school owners in the country has also challenged the restrictions, saying they would not close their educational institutions. “Instead of closing all schools, the government should close only those schools where coronavirus cases were reported,” said Malik Ibrar Hussain, chief of the All Pakistan Private Schools and Colleges Association, who echoed the belief in the government’s ulterior motives.

“The government has closed educational institutions to stop the opposition PDM [Pakistan Democratic Movement] alliance protest march. This is an injustice to students. The government is closing schools to save its skin,” he said. On March 16 the opposition march he referred to was postponed.

He warned that the association was prepared to resist if the government forces them to close schools. He added that, as a protest, they would move students to the road in front of the parliament building and resume classes there.

Day laborers, the transportation sector, and government offices are allowed to continue with business as usual.

The tally of positive infections has been above 2,000 cases per day since March 10. The highest single day of positive cases was June 13 last year, when 6,800 cases were reported.

Dr. Fazle Rabbi, a physician at the Pakistan Institute of Medical Sciences in Islamabad, told Radio Mashaal that the government ended the lockdown in mid-February when daily cases reached 1,000.

“But within two to three weeks, the daily figure jumped to 2,000,” he said, adding that the problem stems from the government’s inconsistent approach, which is once again putting a strain on hospitals.

But the statistics might not indicate the true toll of the pandemic because of limited testing and the country’s poor healthcare infrastructure.