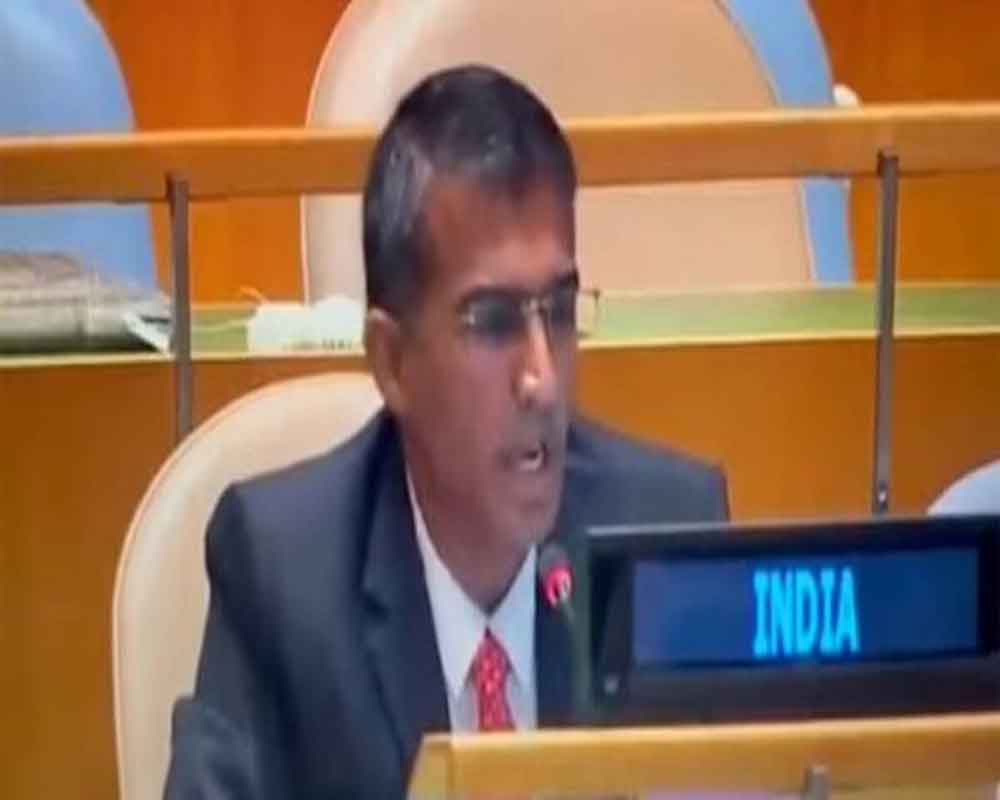 Strongly hitting out at Pakistan for again raking up the Kashmir issue at the UN, India has said a constructive contribution cannot be expected from a country that has an established practice of hosting terrorists and is the “epicenter” of global terrorism, and the biggest destabilising force in the world.

Counsellor in India’s Permanent Mission to the UN, A Amarnath, said on Monday that India does not need advice from a nation with a proven track record of illicit export of nuclear material and technology.

“Pakistan’s desperate attempts to peddle falsehoods and habit of abusing the sanctity of multilateral forums deserves our collective contempt,” he said.

“Pakistan has made a number of futile and unsubstantiated allegations against India, including in relation to the Union Territories of Jammu and Kashmir and Ladakh. These do not merit a response, as they pertain to matters internal to India,” Amarnath said.

India exercised its Right of Reply after Pakistan’s envoy to the UN Munir Akram raked up the issue of Jammu and Kashmir during the meeting of the General Assembly’s First Committee that deals with disarmament and international security issues.

Amarnath reiterated that the entire union territory of Jammu and Kashmir was, is and will always be an integral and inalienable part of India.

“Given its established State practice of hosting, aiding, and actively supporting terrorists, how could one expect any constructive contribution from Pakistan to the First Committee, that deals with important matters of international peace and security,” Amarnath said.

With the Pakistani envoy also referring to India’s defence arsenal, New Delhi hit back saying that as a “responsible State, India strictly abides by its obligations under international treaties and needs no advice from a country, which has a proven track record of illicit export of nuclear material and technology.”

“India’s security concerns are not confined to a region and, therefore, India has always approached these issues in a global context,” he said.

He said that in contrast to India’s constructive approach on disarmament matters, Pakistan has only been “disruptive”.

Amarnath said it is 25 years now that the world is paying the price of Pakistan’s obstructionist tactics in the CD (Conference on Disarmament) that have not allowed the conference to adopt a Programme of Work.

Pakistan has the dubious distinction of having single handedly blocked the negotiations on Fissile Material Cut-off Treaty (FMCT), including in 2009, when the Conference on Disarmament adopted a consensus Programme of Work, he said.

“Having joined the consensus on the Programme of Work, Pakistan revealed its true character by soon taking a complete U-turn and blocking any work by the CD,” Amarnath said.

Pakistan, as the “epicenter” of global terrorism, is the biggest destabilising force in the world and has repeatedly indulged in cross-border terrorism, Amarnath said.

“They have no regard for UN principles. While Pakistan’s Permanent Representative speaks about peace and security here, his Prime Minister glorifies global terrorists like Osama bin Ladin as ‘martyrs’. What more could be a better proof of the utter duplicity that this country is infamous for?” he asked.

Amarnath asserted that the General Assembly’s First Committee is “not the forum” to address bilateral or regional issues as it has a vast agenda dealing with global issues relating to disarmament and international security.

“We wish to reiterate that regional security issues have no place in the First Committee’s considerations,” he said.

He said the Committee should not only categorically reject Pakistan’s “nefarious and vicious designs” but collectively condemn Pakistan for its repeated efforts to politicise its work and hijack its mandate.

Amarnath said in the Right of Reply that India expects nothing new from Pakistan that harbours a “deep sense of insecurity and orchestrated hatred” for India and “our secular credentials and the values that my country stands for.

“However, despite its hopeless efforts, the world is able to see through its deceit and double-speak. It is time to hold Pakistan to account and not let them abuse UN platforms for spreading disinformation, hate and incite violence,” he said.

Amarnath said Pakistan’s baseless accusations against India are “indeed rich, coming from a nation that is encouraging sectarian violence against Muslims and suppresses the rights of minorities.”

“Going by its past practice and compulsive obsession with India, Pakistan may exercise its Right of Reply and continue its malicious false propaganda against my country. But I shall refrain from responding to it, out of respect for the work of the First Committee,” he said.