Pakistan will have to bear consequences for atrocities in PoK: Rajnath Singh 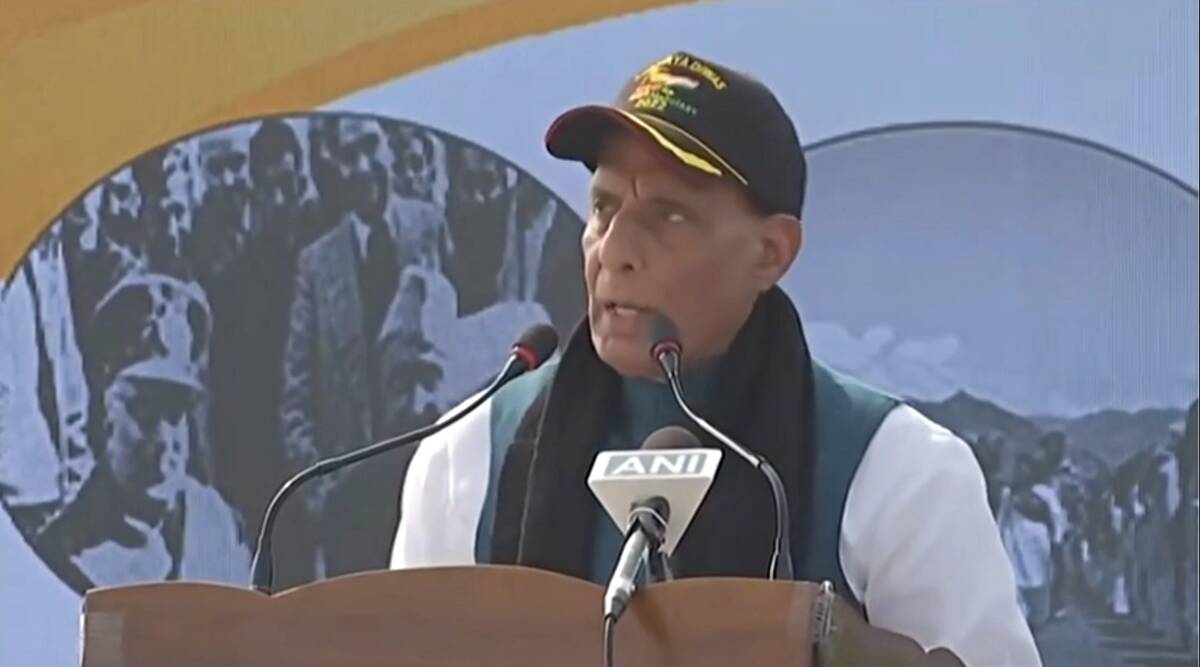 Defence Minister Rajnath Singh Thursday, while criticising Islamabad for committing atrocities against people in Pakistan-occupied-Kashmir, said that the country would have to bear its consequences.

Speaking at the Infantry Day celebrations in Jammu and Kashmir’s Srinagar, Singh said: “I would like to ask Pakistan, how many rights has it given to the people of our areas of which it has taken unauthorized possession? Pakistan is fully responsible for inhuman incidents. Pakistan, which is sowing the seeds of atrocities in PoK today, will have to face thorns in the coming time.”

The Defence Minister also hit out at the “so-called intellectuals”, saying that they have always raised their voices against “violation of human rights in action taken against terrorists by the Army or state security forces”. “Where does the concern over human rights go when our forces are attacked by the same terrorists, or the general public is attacked and treated with ruthlessness?” he asked.

Emphasising that terrorism has no religion, Singh said: “The tandav of terrorism which this state witnessed in the name of Kashmiriyat cannot be described. Countless lives were lost, and countless houses were destroyed. There is no account of how much blood was shed in the name of religion. Many people have tried to link terrorism with religion. But are the victims of terrorism confined to any one religion? Does a terrorist act after seeing whether there is a Hindu or a Muslim in front? Terrorists only know how to execute their plans by targeting India.”

The Defence Minister also blamed “selfish politics” for keeping Jammu and Kashmir “in the dark for a long time”. “Since Independence, this region, called heaven on earth, has succumbed to some selfish politics, and yearned to lead a normal life,” he said.

“After Independence, some selfish elements had divided the Kashmiri society into many parts. Forgetting Kashmiriyat, Kashmiri society was divided into Hindu, Muslim, Rajput and Sikh… even after being an integral part of the country, Jammu and Kashmir was being treated with discrimination. In the same nation, ‘two legislations, two marks and two heads’ were functioning,” Singh added.

He stated that “discrimination against people of Jammu and Kashmir ended under the leadership of PM Narendra Modi”.