Pakistan Will Fall Prey To The Taliban 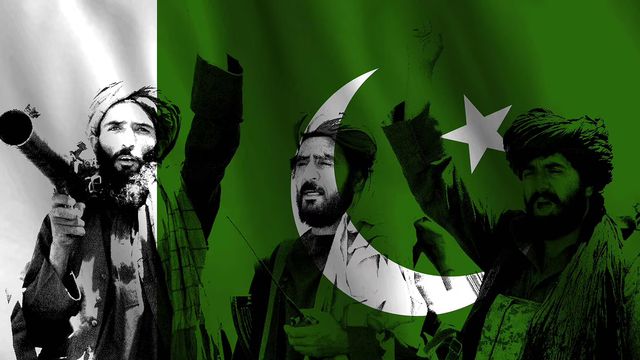 Taliban Rule in Afghanistan Will Be A Blessing For India

A Pakistani staying in London offers a startling and convincing perspective

Pakistan’s Army and its people are rejoicing the return of the Taliban government as some sort of victory of medieval Islam over the mighty West. Some even think that the two stan will merge to make a larger stan. Those strategic thinkers with hate-filled minds believe it can give new life to the dead horse of Kashmir. Some in the Indian media and defense analysts believe that a Taliban-Pakistan Army nexus can incite some insurgency in Kashmir.

I think Talibanisation of Afghanistan is a blessing in disguise for India.

PAKISTAN HAS FALLEN INTO A TRAP

Pakistan has fallen into a trap. Pakistan dug the trap thinking it was for others. So why is it a trap for Pakistan? The reason is that Afghanistan has zero-sum economic value. It is a country of 40 million people who are violent, largely uneducated, fragmented. Their loyalties are divided among several warlords who organize violence and control territory. There is no central authority across ideological, economic, military, social, and political spheres of life.

Who would like to invade barren, ugly, dry mountains with harsh and extreme climate? The stories of its strategic location or natural resources are just nonsense myth. It has no mineral resources that China would be eyeing. USSR never came here to occupy it, nor the US. The big powers used Islamic fundamentalism to their strategic benefit and that’s all. US created monsters in Afghanistan which are going to devour only each other. Pakistani society will be its prime prey. Afghanistan is a country that has exported only terrorism, hashish and asylum seekers. It is country with the worst economic, demographic, education, human development, health, women welfare, culture and entertainment, quality of life, trade, industry, agriculture, energy, security, communication, energy etc. Afghanistan has the worst indicators in the whole world and the Pakistani think they have been blessed a jewel in their crown!

WILL TALIBAN GET INTERNATIONAL AFFIRMATION?

Which foreign nation would invest in Afghanistan where the interim cabinet they have announced comprises of at least 14 wanted men on UNO’s blacklist? The interior minister is most wanted on the FBI’s most wanted list.

Five ministers are popularly known as “Taliban 5” for being ex-Guantanamo Bay inmates, handed over to the US by Pakistan. The Prime Minister is the one who ordered for the Bamiyan Buddha to be destroyed. The Deputy PM was arrested in 2010 from Karachi and was in Pakistani jail for eight years till January 2019 when he was released on the US orders to be made the political head of the Taliban office in Qatar! The Defence Minister is the son of Mullah Omar, the founder of Taliban. The Intelligence Chief was educated in a madrassa in Quetta and was arrested in 2001. Such is the brief introduction of the galaxy of the Taliban leadership.

FUTURE OF AFGHANISTAN, FALL OUT FOR PAKISTAN

The free lunch of the last two decades where USA pumped in over 1 Trillion $ is over. Soon Afghanistan will face hunger and the shortage of commodities. Soon the warlords, like wild hungry dogs, will be out hunting and scavenging anything they can come across – be that live prey or dead livestock. The Afghan people who have tasted a bit of freedom in the last 20 years will surely rebel against the harsh measure which Taliban shall definitely implement. I am appalled if the Pakistani junta believe that Pakistan can thrive by having a close contact with a society which is living in the stone age.

Afghanistan is an unfortunate land which has nothing but misery to offer to its unlucky inhabitants. It is the law of nature that any nation where free thinking is crime, women are persecuted, and music is haram can’t prosper. With Afghanistan, Pakistan has added manifold to its problems. I don’t think that this situation is a problem for India. It is a blessing in disguise for India. We had thought that the fate of the Pakistanis is already miserable enough. I am sure the real suffering for Pakistan has just begun.

Afghanistan will first implode, then explode

It Will Be The Kiss Of Death For Pakistan

Afghanistan will implode first and then explode. Pakistan will fall prey to Afghanistan. The kind of Islam which the Taliban profess will make its inroads into Pakistan, which is already in a bad state. Pakistan is a country with a lot of sleeper cells entrenched in the form of millions of illiterates who have only received madrassa education. Pakistan also has lakhs of terror breeding cells and hate filled, mindless army top brass.