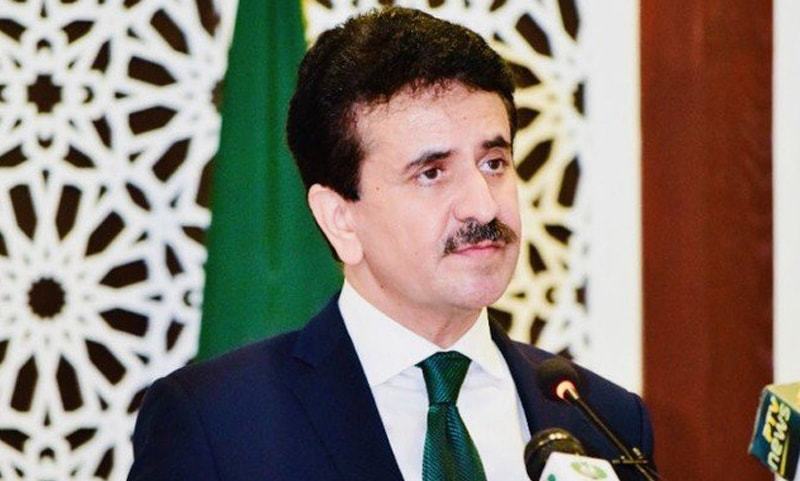 The Foreign Office on 29 Jul 21 welcomed China’s engagement with the Taliban, underscoring the importance of Beijing’s role in the Afghan peace process.

“We believe that China being a neighboring country to Afghanistan does have an important role to play in the Afghan peace process,” FO spokesman Zahid Hafeez Chaudhri said at his weekly media briefing.

The talks focused on peace and reconciliation in Afghanistan and Taliban’s relations with other terrorist groups including East Turkestan Islamic Movement.

The visit took place as Taliban made sweeping gains in Afghanistan and at the same time stepped up their outreach to other countries in a bid to gain legitimacy.

“We have consistently maintained that at this critical juncture in the Afghan peace process, all energies must be focused on reaching an inclusive, broad-based and comprehensive political settlement in Afghanistan. Reduction in violence leading to ceasefire is particularly significant in this regard,” the spokesman further said.

Recalling the commonality in Pakistan’s and China’s approaches towards the Afghan conflict, Mr Chaudhri said both countries were committed to facilitating and supporting an Afghan-led and Afghan-owned peace and reconciliation process.

Indian Ministry of External Affairs Spokesman Arindam Bagchi, meanwhile, in a statement from Delhi criticized Taliban advances, while commenting on the meeting between FM Wang and the Taliban delegation.

“Unilateral will of imposition by any party will not be democratic, cannot lead to stability, and cannot provide legitimacy,” Bagchi said.

India has in the past few months also tried to reach out to Taliban.

Mr Chaudhri criticized India, saying it was “among the spoilers of the peace process”. He pointed to what he called Indian opposition to the Afghan peace process and the efforts being made by the international community in this regard.

Meanwhile, in reply to a question about the postponed meeting of the Joint Cooperation Committee, the top decision-making body of CPEC, he said new dates for the meeting would be announced soon. He said foreign ministers of China and Pakistan had discussed the issue during their recently held strategic dialogue.

The meeting was postponed after a bomb attack on a bus carrying Chinese workers to the Dasu dam’s construction site. The spokesman, however, claimed that the postponement of the JCC meeting was not linked to the tragic Dasu incident.