Pakistan walks a tightrope with the IMF 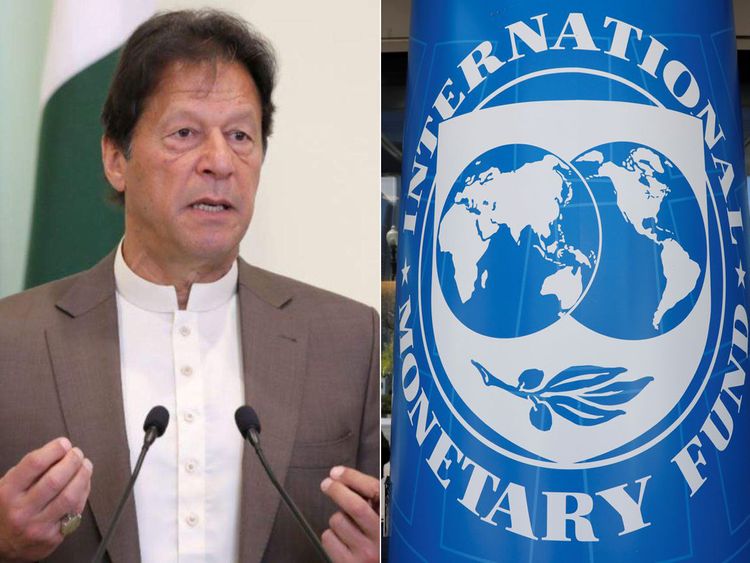 The International Monetary Fund (IMF) has postponed sixth review of its $6 billion bailout Programme for Pakistan. The review talks did not make headway and therefore now the assessment will take place in September. That might not appear strange at a first glance.

Pakistan has already had its previous reviews done together in March because of the exceptional situation created by the COVID-19 pandemic. For keen observers, however, this is a setback. The message that it sends out to other global lenders is not good — Pakistan has not fully met the targets it was supposed to under the Programme.

For a country of Pakistan’size, $6 billion spread over 39 months should not be a big deal. But the issue is not just of the instalments of the loans from the Fund. The IMF programme brings endorsements for the country for other lenders to lend a helping and timely hand with their loans.

The Asian Development Bank and the World Bank look towards the green-signals from the Fund to get approvals from their boards. When they see that the Fund isn’t not comfortable, they pull back or delay their support. This creates a cycle of financial setbacks.

Already the World Bank and the Asian Development Bank have delayed a collective loan disbursement of $1 billion because of what is going on between the government and the IMF.

Suspension of the review

The government representatives don’t see much trouble in the suspension of the review. They say with confidence that the Fund programme is intact and its payments will resume after September review is done. That may be so but there are areas where the government has fallen short on its agreed goals.

Removing bottlenecks in the energy sector, which is the country’s economic black hole, swallowing resources, is one area where the IMF is not happy with the progress made so far. Part of the suggested reforms includes the painful decision of increasing electricity charges. This has big political implications.

The government, roughly two years away from crucial national elections, wants to avoid picking up the cost of public anger. Taxation targets are another issue. The new finance minister had suggested that he would not impose new taxes and instead would improve collection of revenue from incentives and administrative actions. That plan has hit snags upon launch.

The government had to withdraw levies on mobile phone calls and internet use. This alone has left a gap of Rs100 billion in revenue gathering plans. The government gave new powers to taxmen to arrest without warrants those who are non-compliant, evading or dodging taxes.

Now in the face of stiff resistance and reaction from the business community, it is thinking of scaling down these measures. Government officials themselves are unhappy with their medical allowances and provident funds being brought into the tax net.

It is quite likely that the government may have to withdraw this measure or continue with it at the cost of losing support from the very sections on whose performance it relies to implement its policies. Moreover, petroleum prices will have to be increased to a massive Rs30 per litre or else the yearly target of Rs610 billion will remain elusive. This will be another source of public outcry.

Clearly, there is no easy way out of the dilemma caused by political needs, IMF conditionalities and revenues that are always short. Pakistan spends 35% of its total earnings on debt servicing while over 16% goes to defence needs.

This requires bailout packages to meet a chronic deficit. Pakistan has gone to the IMF almost 22 times for bailout since 1958. This was perhaps the reason why before coming to power, Pakistan Tehreek-e-Insaf, now the ruling party, spoke to the popular sentiment by committing itself to never going to the Fund for more borrowing.

However, economic compulsions pushed it towards the very direction it wanted to avoid. Now in the middle of the programme, it is facing tough choices. Leaving the Fund programme is not an option; at least the current finance minister has flatly ruled it out.

Meeting the Fund’s conditionalities have big political repercussions; prime minister Imran Khan has ruled many of these measures out for now.

Suspension, delay, more negotiations and more appeals for more concessions seems to be the only path left for the IMF and the government to find mutual ground. But then both know that there is a limit to which flexibility can be shown on Fund related commitments.

It is only a matter of time before this limit is reached, forcing the government to either comply fully or pull out of the Programme completely.