Pakistan under western pressure to condemn Russia’s invasion of Ukraine 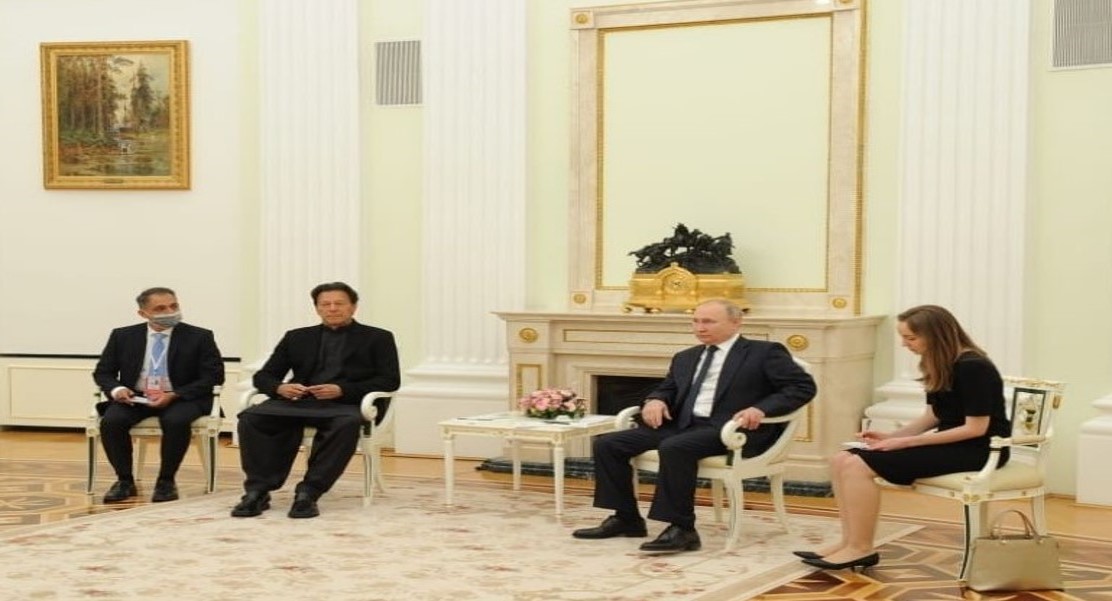 The NATO, US, UK and the European Union (EU) are taking to global platforms like the UN General Assembly (UNGA) to gather global support in condemning Russia over its aggression in Ukraine

The ongoing conflict, triggered through the invasion of Russia in Ukraine, has brought the world into a divided approach between the west and the east. The NATO, US, UK and the European Union (EU) are taking to global platforms like the UN General Assembly (UNGA) to gather global support in condemning Russia over its aggression in Ukraine.

Pakistan’s stance on the matter has been neutral as it abstained from voting at the UNGA in favour of a resolution, tabled by the US, calling on global powers to condemn Russia for waging a war in Ukraine.

But it seems that Pakistan’s stance on the conflict, is irking the west as US and the EU has notified of the consequences, Islamabad’s position may inflict at both regional and global level.

In a recent statement by a group of 23 envoys, Pakistan’s position on the conflict was termed as “undiplomatic”, while the US stated that it has already communicated Pakistan about the regional and global consequences, war in Ukraine could have.

“We have briefed the government of Pakistan on the impact that Russia’s unprovoked war against Ukraine could have on regional and global security,” said a US State Department spokesperson.

Pakistan Prime Minister Imran Khan’s recent response to the EU envoys’ letter, demanding Islamabad to condemn Russia invasion of Ukraine, in which he slammed the regional bloc and countered their demand, questioning of where the same countries were when New Delhi broke international law and annexed the state of Jammu and Kashmir, is also expected to have major consequences on the country, both diplomatically, politically and economically.

“EU Ambassadors wrote a letter to Pakistan, asking us to issue an anti-Russia statement. I ask EU ambassadors, did you write that letter to India as well?” questioned Khan.

He not only slammed the latest demand of EU, but also slammed the US for forcing Pakistan to join them and join the western bloc through its war on terror, which he said resulted in losing at least 80,000 of its citizens, displacement of at least 3.5 million people, and losing over $100 billion.

“I ask the EU ambassadors, did you thank us? Did you say we helped you in your war? Did you appreciate us,” the Prime Minister asked.

This strong and rigid response by Khan has sent uncertain waves among the country’s financial market as the stock market has already started to respond negatively due to confused and uncertain future of the country’s relations with the western bloc.

For many, Pakistan’s refusal to side with the western bloc, reflects that it is siding with Russia, from who, Islamabad plans to import at least 2 million metric tons of wheat in the coming days.

Experts are wary of Pakistan’s eyeballing the western bloc and fear that consequences of which, may have a major impact on Pakistan’s position, the future of the democratic ruling government of Khan and the country’s efforts to gain diplomatic support from the west, in getting itself out of the FATF grey list.