Pakistan to send aid to Palestine to help with Covid-19: Fawad Chaudhary 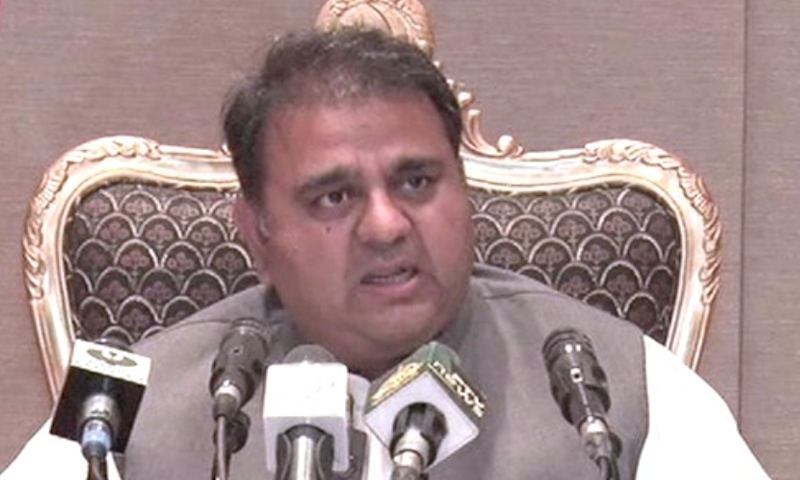 Addressing a press conference in Islamabad after a meeting of the federal cabinet, he said Pakistan was the first Islamic country that adopted a “very clear and strong stance on Palestine” which it was standing by even today. The foundation of Pakistan’s policy on Palestine was laid down by the Quaid-i-Azam and Prime Minister Imran Khan was its “trustee”, he added.

Chaudhry said that Pakistan’s leadership and efforts for Palestine were being “accepted by the entire Muslim ummah”, including Palestinian President Mahmud Abbas and the country’s ambassador to Pakistan who had thanked Pakistan for its support.

“[Turkish President Recep Tayyip] Erdogan said what was in his heart for Palestine was on Imran Khan’s tongue. There is a very big role of Prime Minister Imran Khan.”

A day earlier, Foreign Minister Shah Mahmood Qureshi left for Turkey on a diplomatic mission to bring the international community’s attention to the worsening situation in Palestine.

After Turkey, Qureshi will leave for New York with the foreign ministers of Palestine, Turkey and Sudan where he will hold “important meetings” with dignitaries and “raise a voice [for] oppressed Palestinians in the United Nations General Assembly”.

Chaudhry said that the government would present a report on electoral reforms in parliament on Monday. “Our stance is that ECP (Election Commission of Pakistan) reforms are very necessary and we want to bring EVMs (electronic voting machines).”

To this end, the National Assembly speaker and the Ministry of Parliamentary Affairs would invite parliamentary reporters and leaders for a meeting this week so a detailed discussion could be started from Monday, he added.

During the meeting, the reporters and parliamentary leaders would analyse the EVMs themselves and see how they could prove to be effective in combating rigging in elections, the information minister said.

Criticizing the opposition for its inconsistent “narratives” on electoral reforms, Chaudhry said the PPP and PML-N had first claimed the Result Transmission System (RTS) malfunctioned in the 2018 general elections.

“The opposition’s narrative on election reforms is not only non-serious but proves that they do not believe in transparent and fair elections,” Chaudhry said.

The information minister said the government was also going to bring legislation that would make it mandatory for an elected parliamentarian to take oath within six months, failing which their seat would be considered to be vacant.