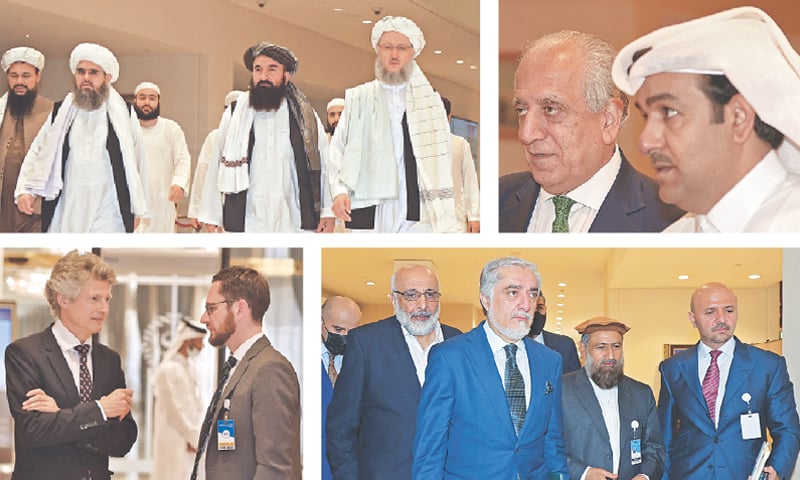 Prime Minister Imran Khan said on 12 Aug 21 Pakistan would influence the Taliban for holding direct talks with Turkey to secure Kabul International Airport after US troops completely exit the conflict-hit Afghanistan by August 31.

Regarding the impression that US President Joe Biden is not giving due importance to him, Prime Minister Khan said he was not waiting for the president’s telephone call.

“We will be trying the best thing for Turkey and Taliban to have a face-to-face dialogue, so that both could talk about the reasons to secure the Kabul airport,” he said while talking to foreign media persons at PM House (partly reported in Thursday’s issue).

He was responding to a question by a reporter about the government’s position after Turkey proposed a new joint mission involving itself, Pakistan and Hungary to protect the Kabul airport.

The prime minister mentioned his meeting with Turkish Defence Minister Hulusi Akar on Wednesday, during which they also discussed security situation in the region, including Afghanistan.

“We will also talk to the Taliban and use our influence [for a meeting with Turkish government] he said.

Mr Khan said the Afghan government was getting extremely critical about Pakistan, thinking that it had “some magic powers” to persuade the Taliban.

He said in fact, persuading the Taliban had become more difficult.

“Now, our leverage on the Taliban is miniscule as they think that they have won against the Americans,” he said.

About the controversy over President Biden’s phone call, the prime minister said: “I keep hearing that President Biden hasn’t called me. It’s his business. It’s not like I am waiting for any phone call.”

The prime minister’s comments come days after National Security Adviser Moeed Yusuf had said Pakistan had other options if Mr Biden continued to ignore its leadership.

Pakistan, the PM said, would deal with any government in Afghanistan, “elected or selected” by its people.

“An inclusive government would be the best. But if the Taliban do a forceful military takeover, the result will be a civil war and a nightmare for Pakistan,” he added.

The prime minister said Islamabad was “worried” about the law and order situation in Afghanistan because any civil war could result into a direct impact on Pakistan in the shape of an influx of refugees.

To a question on China’s future role in Afghanistan, he said China being an emerging power and a neighbour would have its part in rebuilding of the war-torn country.

He explained that the Taliban were a Pakhtun-majority group and hence there would be spillover effects in Pakistan’s Pakhtun majority areas.

“It happened in 2003/2004 that our Pakhtun areas reacted to what was happening in Afghanistan and Pakistan lost 70,000 people in that because we supported the Americans.

“So there is a likelihood that we will again have problems in our Pakhtun areas,” the premier explained. He added that close to three million people had also been internally displaced from the tribal areas.

Prime Minister Khan pointed out that Pakistan already housed three million registered Afghan refugees with more unaccounted for. “Our economy is just recovering [so] we don’t want another inflow of refugees,” he said.

Pakistan’s entry in the US-led war on terror in 2001 led to a “civil war in the tribal areas”, the prime minister said, explaining that as a result, the militant organisations formed to wage jihad against the Soviet Union turned against Pakistan.

Replying to a question on the extent of Pakistani influence over the Taliban, the premier said that even back in 2001, when Pakistan recognised the Taliban government and was “most influential”, the group had still refused to hand over Osama bin Laden (to the US).

“So even then Pakistan’s influence was not all-encompassing.”

Prime Minister Khan said he had tried to persuade the senior Taliban leadership during their visit to Pakistan earlier this year to come to a political settlement but they had refused to talk to President Ashraf Ghani.

He said he had suggested an interim government in 2019 before the Afghanistan presidential election but “the Afghan government was very critical about this remark […] Once President Ghani got elected and the Taliban were excluded, it was always going to be a problem from then onwards since he insisted they talk to him while they didn’t recognise him or the elections”.

“Now the Afghan government is extremely critical about Pakistan [and] they think we have some magical powers that we will make the Taliban do whatever we want [them] to do,” the premier said, adding that the Afghan government didn’t realise that Pakistan’s leverage was “minuscule and diminished” since the American withdrawal.

He said it became extremely difficult to persuade the Taliban once the US gave a date for withdrawal and the Afghan government was now blaming Pakistan for the situation in Afghanistan.

Prime Minister Khan spent a busy day on 12 Aug 21 as after inaugurating Terbela Dam expansion project, he held a meeting with the visiting Foreign Minister of Iraq Dr Fuad Hussein. The PM appreciated Baghdad’s resolute efforts to rebuild the country and wished well for the upcoming parliamentary elections in Iraq.

On Afghanistan, Prime Minister Khan reiterated that there was no military solution and that a negotiated political solution was the only way forward. He outlined Pakistan’s consistent support for an inclusive, broad-based and comprehensive political settlement. While reaffirming Pakistan’s resolve to support Afghan peace process, he urged the international community to reinforce these efforts as peace in Afghanistan was a shared responsibility.

Thanking the prime minister for extending warm hospitality to his delegation, Foreign Minister Hussein conveyed cordial greetings of the Iraqi leadership. He affirmed Iraq’s desire to forge stronger relationship with Pakistan in pursuance of the vision of the leadership of the two countries.