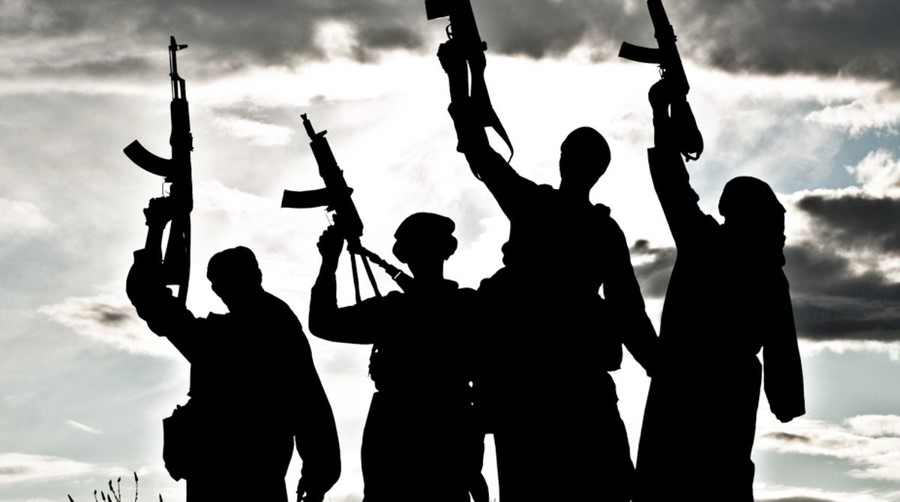 The recent apprehension of Pakistani militant, Ali Babar Patra in Uri Sector along the Line of Control and the revelations made by him should not come as a surprise to those who know and have followed the terror factory that Pakistan has been running for more than last three decades now. This terror factory, which probably started with the inception of Operation Topaz, coupled with ISI’s involvement in training the mujahedeen to fight the Soviets in Afghanistan, runs far deeper than just training of terrorists with the aim of pushing them into Kashmir. Pakistan blatantly promoted and encouraged radicalisation, made terrorist commanders into national heroes, created an ecosystem with in its own territory that today has led to the rise of multiple proscribed terrorist outfits flourishing and carrying out acts of terror in the Indian sub-continent almost at will.

The origin of terrorists being pushed across the Line of Control is no longer restricted to the bordering areas of Pakistan Occupied Kashmir.In fact, if the background of Pakistani terrorists apprehended in the valley in last five years is analysed, it becomes adequately apparent that these terrorist have been inducted into J&K from all over Pakistan. To name a few, Lashkar-e-Taiba militants Yasin (Bahawalpur) and Bahadur Ali (Lahore) were apprehended from Lolab and Handwara respectively in the year 2016, Mohammad Amir and Waqar Ahmed, both again fromLashkar-e-Taiba, belonging to Pakistan’s Punjab province were apprehended from Magam and Pattan in the year 2017 and 2019 respectively. Recent apprehension of Ali Babar Patra who hails from as south as Okara in Pakistan makes it abundantly clear that the entire terror infrastructure of the country has been put together to push as many militants as possible to disrupt peace in the valley.

Once in the valley, these Pakistani terrorists are used for conducting surgical acts of terror at public places targeting innocent civilians and Security Force’s personnel alike, conducting selective political killings as if they are paid mercenaries, doing anything to create a sense of insecurity and ensuring that the valley stays in global headlines for all wrong reasons. Their masters sitting in Pakistan run the show, sacrificing these scapegoats to keep the terror industry in the valley up and running, executing mindless acts of terror that openly reek of political conspiracy and religious fanaticism.

So how does this terror factory work and from where are these young boys picked up to join terrorist folds? In most cases, the infiltrating terrorists are highly motivated first timers, between the age group of 17 to 25 year. These boys come from poor family background with limited access to education or decent living conditions. Most of them are school drop outs, who either start working as daily wagers or get admitted in the Madrasa. It is generally the poor financial condition, large family size, illiteracy, lack of employment opportunities coupled with strong religious leanings that forces the family to make their kids leave school and join the Madrasa. Madrasas in Pakistan are acting as the institutionalised centres of radicalisation with affiliation to Wahabi/Salafi/Ahl-e-Hadith form of Islam and patronage from the terrorist tanzeems. More or less the same narrative was once again revealed in Ali Babar’sconfession.

These Madrasas are privately funded and offer free education. Even the food and lodging is free of cost which doesn’t exert any kind of financial burden on the family. Local Madrasas in small towns/villages generally have a strength of approximately 200-300 students of different age groups and this is where the deliberate and steady process of radicalisation takes place. Students at the Madrasa are repeatedly told that anyone who doesn’t follow Islam and doesn’t read Namaz is a Kafir. They are also told that as a Muslim, they are duty bound to fight against Kafirs. Students are made to believe that by joining the Tanzeem they will be following Allah’s path and achieve martyrdom.In addition, guest lectures and visits of terrorist commanders and venom spitting religious leaders to the Madrasa are organised to create a hero like image amongst the students to motivate them to become Mujahideen and join the folds of terror organisations in the name of Jihad.

Except for the period of Ramzan month when students are given leave and are allowed to visit their homes, they are confined to this vicious environment. Cooped up with no access to the out side world, the young minds are radicalised in a well calibrated manner. The families of the new recruits are duly informed about the recruitment of their children into the Tanzeem through the Madrasas and the recruits are even sent home on leave before joining the first leg of training.

Post radicalisation, starts the process of anti India subversion that prepares the ground for taking up arms and infiltration into the valley. They are repeatedly briefed and instigated against the make belief poor treatment and suppression of the Kashmiri Muslims in the valley. They are told that the Indian Army and the government doesn’t allow the Kashmiri Muslims to follow their religion and that India is illegally controlling the territory of J&K. Once the seeds of hatred are sown and suitable candidates are earmarked to be recruited into the Tanzeem they are given basic training at training camps in Pakistan Occupied Kashmir. In the process Pakistan has created a pool of terrorists, who after receiving basic training are sent back to Madras as to continue their indoctrination process and can be inducted into the valley after a short refresher course as and when required.

Most of the Pakistani terrorists apprehended over the years have confessed that on reaching the valley they were surprised to see the life style of Kashmiris and the freedom of religion that exists in the state. Some of them even admitted that they were contemplating to return to Pakistan because they felt that the cause they were sent to fight for was non-existent and both Islam and the Kashmiris are flourishing in the valley. Once the illusion of Jihad and so called oppression of Kashmiris is broken, these terrorists either become completely dormant or go into survival mode avoiding contact with Security forces because going back to Pakistan is not an option.

Madrasas all across Pakistan have become the breeding grounds of terrorism and the recruitment is no longer limited to Pak Occupied Kashmir only, the way it used to be earlier. Religion, hatred against India and oppression of Kashmiri Muslims are the factors often being used to indoctrinate the recruits. Meanwhile, Pakistan continues to run its terror factory unabated and live by the sword despite facing multiple threats of home grown insurgency in most of its provinces including Baluchistan, KPK, Sindh and Punjab.