Pakistan, The Benefactor From All That Makes Kashmir Cry 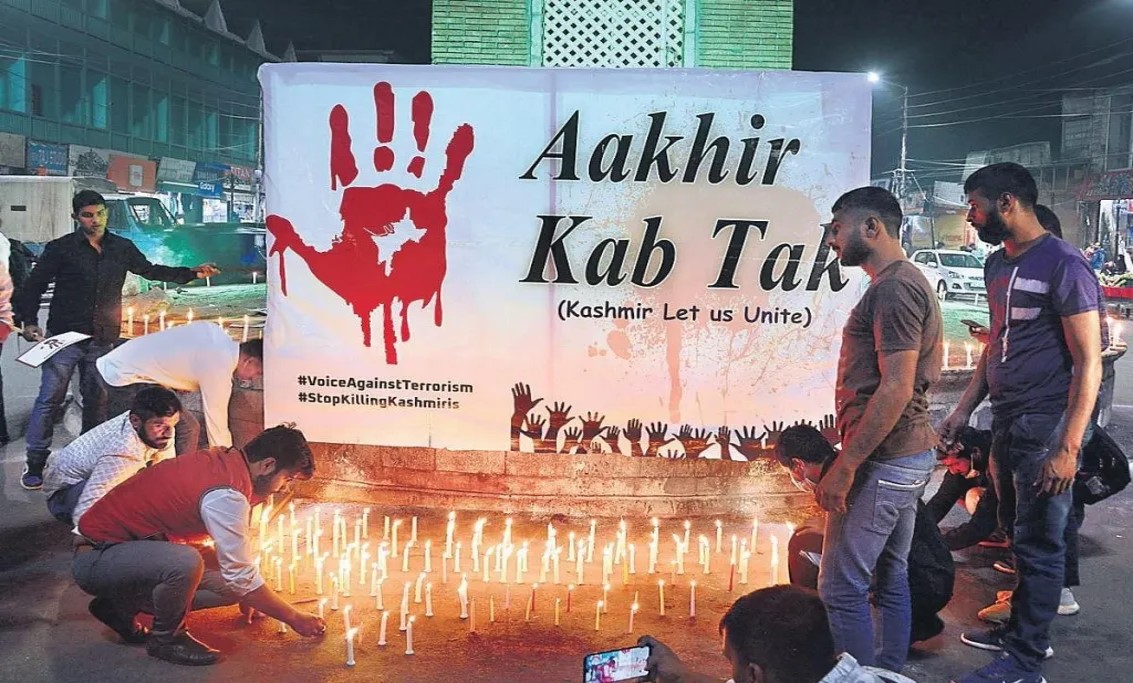 The disruptive diaspora and the nexus are suddenly active again. There is a desperate attempt to paint Kashmir in black colours. Most of these voices were muted or silent on the series of killings by the terrorists in last few weeks.

It is true that the Hyderpora incident has caused damage. It has provided fodder to terror apologists to instigate people. It is absolutely right to hold security forces to high standards. But it is wrong to use any mishap or tragedy as tools of propaganda to instigate violence. The lack of Kashmiri casualties forced the shift of propaganda machine to cries about collateral damage to houses when terrorists took shelter in these houses. The bigger the blast or more the number of houses affected, the bigger was the glee of these propaganda photo artists. The damage to houses are the favourite images of the gloom and doom amplifiers who are masquerading as journalists. The restraint of the security forces in almost all operations did not suit their narrative. It needs to be remembered that restraint in the face of armed terrorists means restraint when the security men are faced with life-threatening situations.

Propaganda Machines Were Waiting For Images Of Gloom From Kashmir

Pakistan, the benefactor from all that makes Kashmir cry, marked the old man’s death with a song and even a postage stamp. These merchants of Kashmiri deaths use every tragedy as an opportunity for propaganda.

There is a clear pattern in Pakistan’s morbid interest in Kashmir. It lives on propaganda and survives on death. The Pakistan Army and the weak government sustain on this propaganda. Hence, their proxies in Kashmir show the same character traits.

Loss of civilian life in an anti-terror operation is highly tragic and unfortunate. Immediately, these proxies swing into action. Photos, clips, statements, short videos and even songs appear within hours of any tragedy. The social media is flooded with tales that feed victimhood. Last year Babar Qadri was killed within hours of requesting sense and well-being of Kashmiri youth in a Facebook live session. This nexus said some platitudes about the pain of his young daughters. The voices that are shrill now were silent at the killing of a Kashmiri who was only seeking an open debate for the future of the youth of Kashmir. His plea to the youth did not suit their agenda. Hence the silence. They were scared then, they are scared now of the merciless targeting by the terror proxies of Pakistan. They are also complicit in the nexus propaganda.

In the last few months, JK Police have given enough examples of restraint during an operation. Only a few days ago, terrorists escaped while a policeman was injured in the neck. Police showed restraint to avoid civilian casualties, and this allowed the terrorists to escape. Last month the Army gave a Pakistani terrorist a chance for surrender on the Line of Control. The Army stayed true to its promise of giving a chance to the misguided. The Hyderpora incident is worth an investigation. Justice should be delivered and seen to be delivered.

In times like these it is the responsibility of the general population, the civil society and also the politicians to act in a wise manner and find a way towards solutions. But unfortunately, there are many opportunists. They can play with a whole region to sustain their relevance. Pakistan plays on this opportunism to indirectly justify the terror activities it is carrying out in Kashmir. A political stunt which leads to chaos and mistrust is part of the terror factory which is running is Kashmir for the past 30 years.

It Is Important That Justice Is Done, And Is Also Seen To Be Done

The pain of the families of the dead is understandable. They deserve justice and they deserve the empathy of the nation. Let the incident be judged on the basis of evidence. We hope that the truth comes out soon. The police handling of the incident and public messaging left lot to be desired. Flip-flops on OGW or not, evidence, contesting witness statements etc gave the intifada factory room to create a ‘doubt’ narrative and create an emotional furore. In contrast, better handling and sharing of information could have shown the security forces action in true light.The actions by the administration to handover the bodies of the dead civilians to the families and the ordering of judicial enquiry are steps in the right direction as per the law of land. We hope that justice is done, and it is also seen to be delivered.