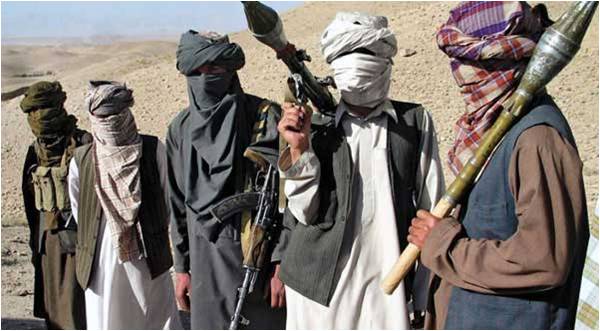 Pakistani proxy outfits like TRF, PAFF, Kashmir Tigers, etc, which are offshoots of traditional terror groups like LeT and JeM, have gained prominence and are being provided continuous support by the ISI.

The latest strategy by jihadi outfits resorting to the use of “hybrid terrorists” for conducting hit-and-run targeted killings of civilians, mostly non-Muslims, in the Valley can prove to be a major tool to cause disturbance during the upcoming Amarnath Yatra, they added.

The ISI, said the sources, has instructed terrorist commanders to carry out regular attacks on CRPF units/naka parties in J&K, particularly in Srinagar and surrounding areas, through newly recruited cadres by providing them small arms like pistols, grenades, etc.

Srinagar and South Kashmir continue to remain the epicentre of terror-related incidents in J&K. North Kashmir largely remains the preferred transit destination for jihadis infiltrating into the Valley. The peace in Srinagar seems elusive with incessant terrorist activities.

Valley-based Hizbul Mujahideen (HM) operatives especially in downtown Srinagar and South Kashmir are trying to float new proxy outfits in association with released terrorists and over ground workers (OGWs) under the instructions of the ISI.

After the announcement of the life sentence to Yasin Malik, anti-India slogans, stone-pelting incidents, and clashes with security forces took place in and around Srinagar city. Also, the ISI in association with various organisations abroad is orchestrating protests in support of Malik to draw the attention of the international community.

Since January, 93 terrorists including 28 foreign ones have been neutralised in J&K. In a significant development, security forces on June 6 killed one Pak LeT terrorist identified as Hanzalla, resident of Lahore, in a joint operation in Sopore, Baramulla.

According to the sources, terrorist launching pads across the Line of Control and international border in Pakistan-occupied Jammu and Kashmir (PoJK) are intact at different places in varying concentration levels. Continuous efforts are being made by Pakistan-based outfits, especially the ISI, to ensure that maximum cadres are made to infiltrate into J&K to keep the strength of hardcore, committed militants sufficiently high in the coming days, they added.

Infiltration attempts have largely shifted to the Rajouri/Poonch sector, said the sources, with the active support of Pakistan and ISI, and with directions to explore new routes. Inputs reveal that Pakistan-based terror operatives of the Lashkar-e-Taiba (LeT), Jaish-e-Mohammad(JeM) and HM are working in coordination to infiltrate cadres into J&K from Rajouri, Poonch, and Jammu sectors in the near future.

Pakistani proxy outfits like The Resistance Front (TRF), People’s Anti-Fascist Force (PAFF), Kashmir Tigers, Jammu and Kashmir Ghaznavi Force (JKGF), United Liberation Front (ULF), etc, which are offshoots of traditional terror groups like LeT and JeM, have gained prominence and are being provided continuous support by the ISI to coordinate and claim terror activities in the Valley.

Activities of the LeT in coordination with HM cadres have lately seen a surge with continued local recruitment.

They are arranging small arms and are trying to recruit OGWs as hybrid terrorist networks for different outfits in the Valley, revealed the sources.

Pakistan and PoJK-based LeT handlers with active support from the ISI are propping up terror activities of the TRF mostly in Srinagar and South Kashmir, which is involved in targeted killings with the aim to sabotage the peace process, they added.