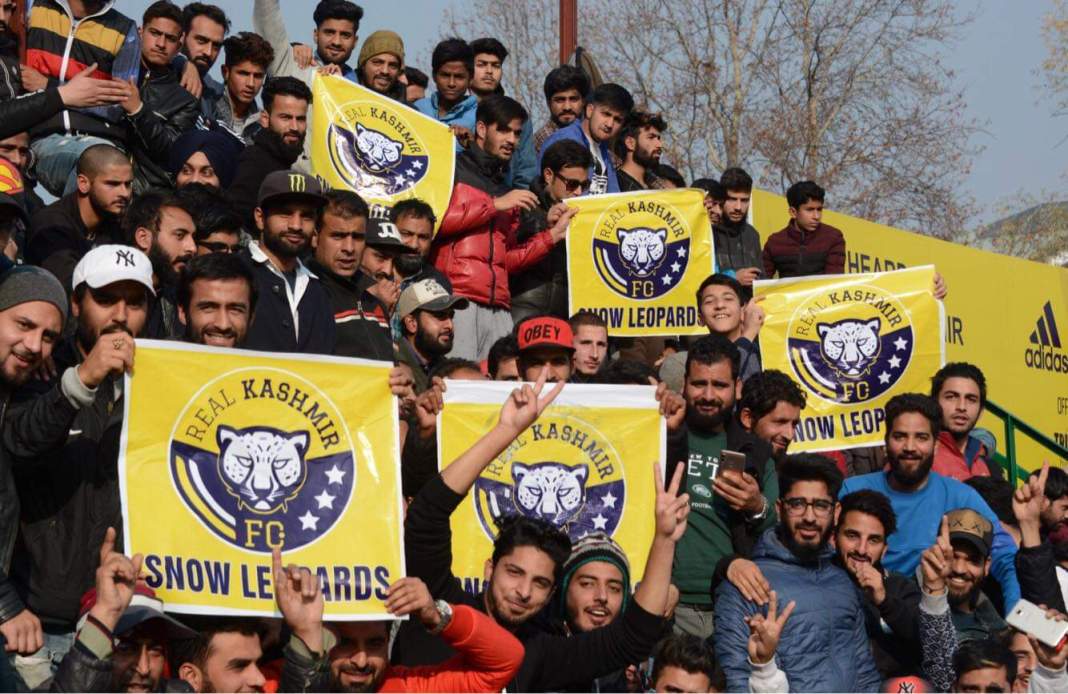 The strategic assets of Pakistan in Kashmir media are unhappy over the enthusiastic youth participation in sports activities across the length and breadth of the Valley. The numbers of youth participating in these events is seeing a manifold increase. Local tournaments are mushrooming, and the youth are evidently having a ball.

The love for cricket is phenomenal. Hockey, football, volleyball and other sports are witnessing a surge. Social media is abuzz with live commentaries of tournaments each day. Thousands of Kashmiris come out to watch these sports activities being organized with or without the support of the Administration.

At times, jubilant and emotionally charged supporters of opposite teams even fight with each other. At places, police is deployed to avoid clashes. From street sports to organized sports activities, the number of participants is in thousands.

Each district has iconic sports figures now. They have earned name and fame in their respective areas.

The enthusiasm of the youth has made Pakistani stooges in Kashmir media miserable. According to highly-placed sources, a so-called journalist has written a mail to his masters in Pakistan, expressing anguish over the involvement of thousands of youth in sports activities. He has urged his sponsors to do something to stop this positivity. The two attacks by terrorists in single day on Saturday in Srinagar could be attributed to what this moron has asked for from his masters.

I have long insisted that every killing by terrorists has a context. It is imperative to initiate action against the persons who may have caused it. Investigation must be conducted into the letter written by this so-called journalist. If found guilty, he must be held responsible for the killing of innocents. There should be fast track hearing of such cases, and public prosecutors should ask for capital punishment for such enemies of humanity.

We have reached the point where illiterate, uneducated, narrow-minded bigots like Sarjan Barkati ask for prohibition on laughter and insist that people should remain in perpetual state of mourning. Such people who don’t want to see smiles on the faces of our young generation should rot in hell.