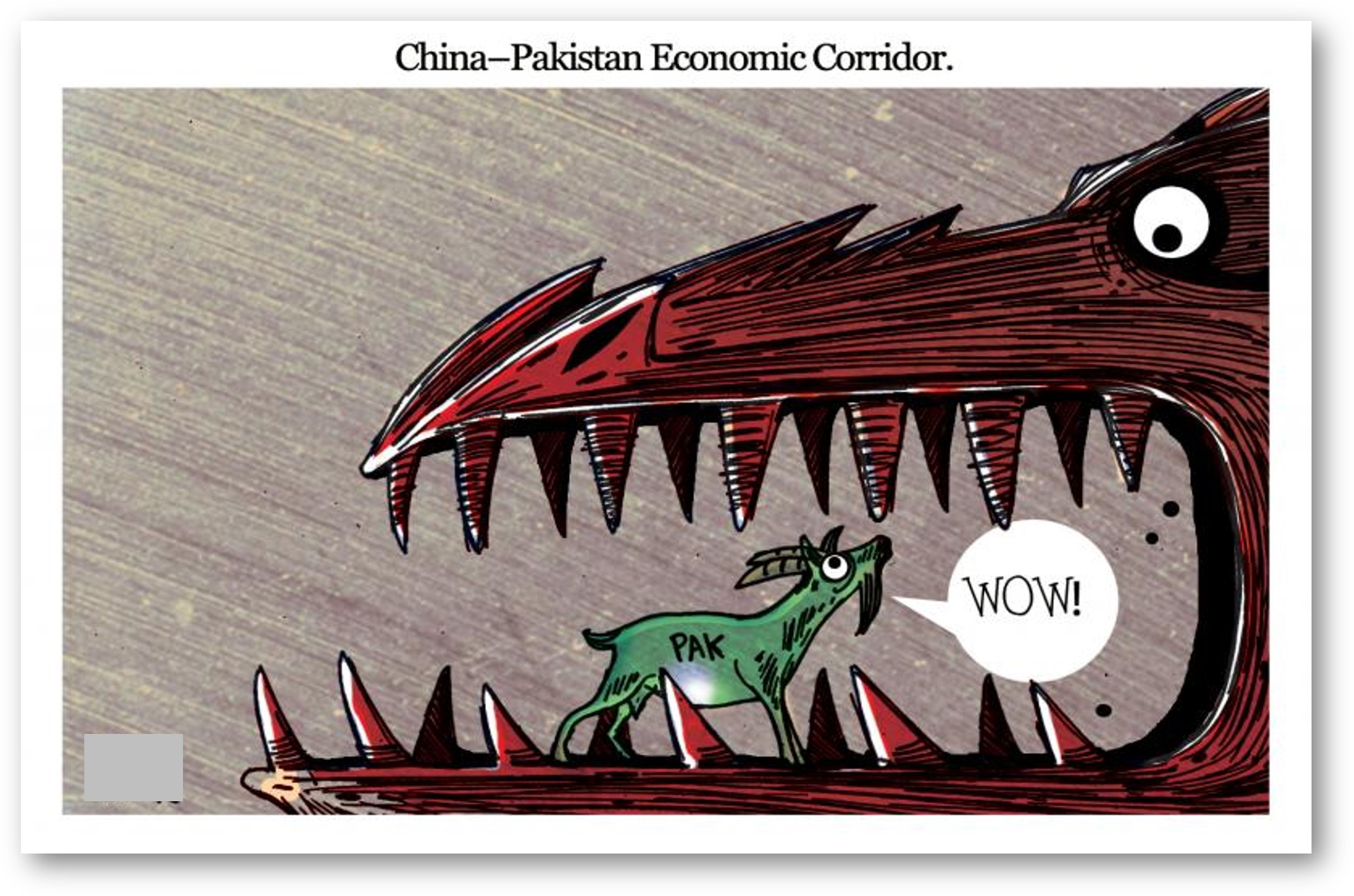 Pakistan government is forcing its Navy, one of the defence arms of the country, to vacate land at critically important Gwadar in Baluchistan, to oblige China

The Cabinet committee of the Pakistan government, dealing with the issue of making land available to Chinese, has ruled out all pleas of its Navy to retain land, just measuring 20 acres – the navy was already forced to vacate 72 acres of land at Gwadar to the Chinese companies – which shows it very clearly that Pakistan, in all practical terms, has surrendered its security concerns to the wishes of the Chinese.

The latest decision of the Government must have surprised and shocked Pakistani Navy. This is much worse than setting up of military bases – a cold war phenomenon – and it must have delivered lessons to the Pakistani public that their government trusts Chinese more than their own security forces for the defence of their nation.

These developments, though concerning the defence of Pakistan, have immense implications for the whole of the region, particularly India. There are multiple issues, which need to be considered seriously and addressed with a geo-strategic response.

There is no way out to shut eyes to the changing dynamic of geo-strategic calculation, where China and Pakistan are seeking to become neighbours, removing all physical hurdles.

This is a considered view in Pakistan and Beijing that these two iron brothers cannot be neighbours unless they get Jammu and Kashmir. With what is happening in eastern Ladakh, these plans of the two cannot be dismissed as their dream only.

India should take these developments very seriously. India knows about the plans of Pakistan on Kashmir and there is an adequate knowledge and response to it, but the Chinese factor has to be figured in with greater seriousness.

Although it has been argued that China and Pakistan are old friends. Certain things need to be reflected with.

A clear-eyed view of the history without judging anything with prejudice to the past, or for that matter the present.

China and India fought war in 1962, and India suffered huge defeat, Jawans were lost and China occupied the Indian territory. Thereafter, India woke up to its defence needs.

Thereafter there was a deep chill in the relations of the two countries, China claimed what it had occupied in the wake of 1962 war was its own territory, and the relations further dipped with Beijing drawing closer to Pakistan.

In 1993, the two countries signed historic agreement to maintain peace. “The maintenance of peace and tranquillity along the Line of Actual Control in the Indo-China Border areas”, signed in September 1993.

This obligated the two countries and their armies to maintain status quo on the borders pending till the final settlement of the border in a mutually agreeable manner, meaning thereby that neither side would indulge in any activity prejudicial to the status quo as agreed in the Agreement.

This was followed by another agreement, which is documented as the Agreement on Military Confidence Building Measures, 1996, which detailed the protocols to be followed by the two armies at the LAC.

In 2005, these modalities were discussed further to consolidate the pacts and the mutual understanding, though these stated confidence building measures did not lead to demarcation of the boundary.

All these agreements were violated by China when it mobilised its troops at the LAC in eastern Ladakh, which also triggered Galwan Valley clash in June 2020, resulting in the death of 20 Indian soldiers.

This is a glimpse of the situation that prevails at the LAC for 22 months and there is no end in sight, despite claims to the contrary. This stand-off is proving to be more strategic threat than it appears on the ground.

Gwadar development, in which Pakistan’s Planning Minister Asad Umar told Express Tribune after the cabinet committee meeting that the government has not accepted the Navy’s request to retain the land for the security reasons, because “occupation of the land by the Navy was hampering work on Gwadar port and the development of its free zone.”

Pakistan Navy is one of the important wings of Pakistan armed forces, but it is being denied the land that it needed for the defence of the country. This is a clear messaging that Pakistan can surrender anything to please Chinese.

The major concern, emanating out of it, is that CPEC passes through Gilgit-Baltistan, Pakistan occupied Jammu and Kashmir, before reaching Gwadar.

If Islamabad can refuse permission to its own Navy to retain 20 acres of land for the defence of the country, how can it be expected to stand up to Beijing at any stage on any issue. This needs to be analysed in proper perspective.