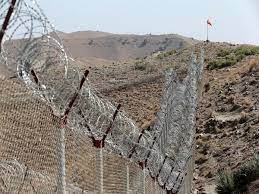 To cover up their failure, Pakistan has been quietly supporting the global terrorist group, Islamic State of Khorasan Provinces (ISKP) and other outfits for carrying out a dirty war against Afghanistan.
The recent devastating attacks sponsored by Pakistan are a deceitful method of compelling the Taliban
government to follow the diktat of Rawalpindi which is bound to cause a blowback, reported Al Arabiya
Post.

A series of suicide attacks carried out by Pakistan’s new cohort, the Islamic State of Khorasan, killed over 25 people, mostly Shias and Hazaras in Kabul, in September this year.The attacks come in the wake of the fraying of Pakistan’s deep-rooted relationship with its old ally, the Afghan Taliban. Pakistan is miffed at the Taliban on several issues, but more so on the terrorist group, Tehrik-e-Taliban Pakistan (TTP) which it considers a grave threat.

The TTP is protected by the Afghan Taliban, sheltered mostly in border areas in Afghanistan and now
regrouping in Pakistan’s Swat and nearby tribal areas, reported Al Arabiya Post.
The suspicion and anger between the two allies were reflected in the statements made by senior leaders
recently.

A few weeks back, Afghan Deputy Foreign Minister Sher Abbas Stanekzai accused Islamabad of “receiving
millions of dollars” from the US to permit drones to fly over Pakistan’s airspace for operations in
Afghanistan.