Pakistan May be Heading Towards a Coup said Mehmood Khan Achakzai 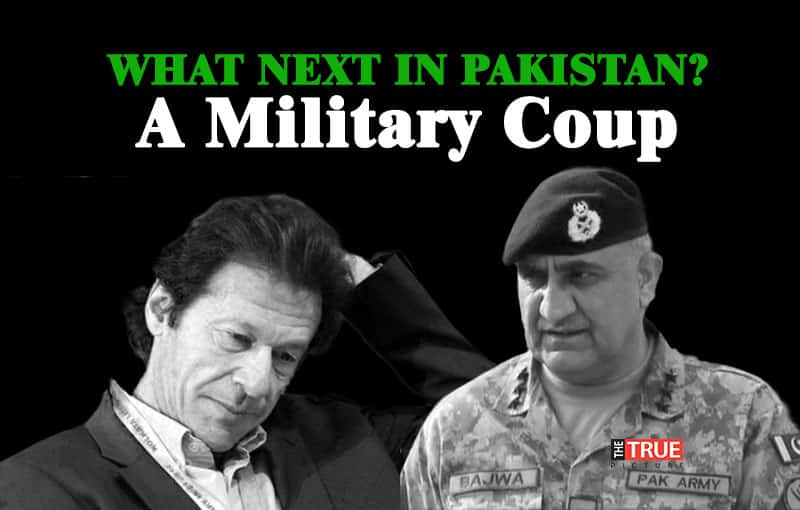 Pakhtunkhwa Awami Party chief and former National Assembly member Mehmood Khan Achakzai, while addressing a press conference at his residence in Quetta, said that Pakistan’s problem is not Imran Khan but lack of constitutional rule, adding that the country could not function unless the constitution and law prevailed.

The people of Pakistan are worried about a change in the policy along the Pak-Afghan border. Achakzai has said that Pashtun and Baloch tribes have inhabited Pak-Afghan border for centuries. People have been living on the border without passports for a long time, but now, the policy is changing, which is creating trouble for Chaman and other border areas. They have been moving between the two countries without a passport for centuries. The new policy will deprive them of their livelihoods and there could be a revolt. The country may go to a civil war. “If Pakistan cooperates with Afghanistan, the passport system between the two countries could be postponed for the next ten years”, Achakzai added.

Pakistan belongs to us as much as it belongs to a general and a judge, and this country cannot function unless the constitution and law prevail. Chairman Pakhtunkhwa Awami party said that corruption is the product of our own institutions. He also said that we need a separate Pashtun unit until the Pashtun and Baloch problem is not solved, the country will not develop. Baloch is sitting in the assembly by force, and we want a united Pashtuns assembly.

Chief of the Army Staff (COAS) General Qamar Javed Bajwa met with senior serving and retired military officers at Corps Headquarters in Lahore and had an interactive session on wide-ranging issues. The army chief discussed the security situation in the region, measures to optimize dividends of peace and stability and also challenges and opportunities, said a statement by the Inter-Services Public Relations (ISPR).

Army Chief Gen Qamar Bajwa celebrated Eid with soldiers stationed along the LoC. According to the ISPR, in his Eid message, Gen Bajwa said that “our enemy is trying to destabilize Pakistan and the region. Pak army was aware of the intentions of the enemy and could give a befitting reply in case of any misadventure. The visit took place in the background of one-year anniversary of the abrogation of the special status of Kashmir by India. Gen Bajwa reiterated that Pakistan will continue to stand with the Kashmiris against brutalities committed by India in Kashmir. He said that Kashmiris are bravely fighting Indian atrocities.