Pakistan is faking it on Kashmir 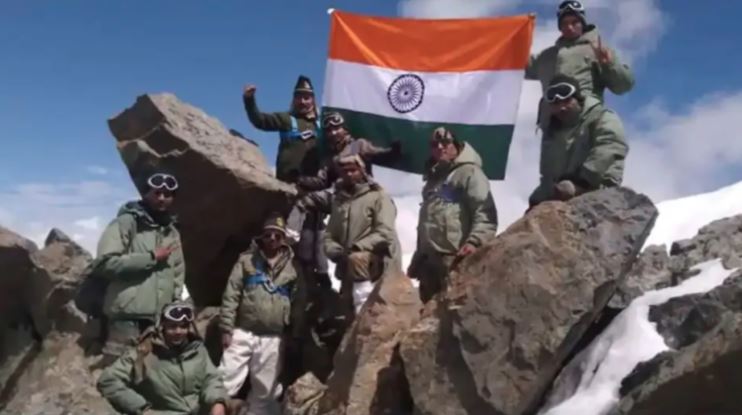 Pakistan Prime Minister Imran Khan’s announcement at the United Nations General Assembly (UNGA) and the subsequent heating of the LOC is a message that a playbook is being played. Pakistan is in no mood to negotiate any lasting peace with India. India may have agreed for ceasefire on LoC hoping it may open doors for sustainable peace on the border.

The harsh truth is that this is wishful thinking on our part. Indians need to understand the fact that the country with greater urge for peace will have lesser power to negotiate. Past experience has shown that most Indians want peace with Pakistan. Peace is a good thing. But we Indians have the tendency to jump at any option for peace. We are always more willing to make space for it. Equally, it must be understood that peace must be negotiated from a position of strength. Only then it can sustain. A settlement for peace from a weak or even equal wicket is always fragile and vulnerable.

Pakistan Opted For Ceasefire Due To Internal Compulsions

In February 2021, Pakistan and India agreed for ceasefire along the LOC and all other sectors. Pakistan opted for ceasefire because it was under pressure on its eastern and also the western front. As the enemy nation, Pakistan has always tried to keep India engaged in low-intensity proxy warfare on multiple fronts, like in Punjab and Kashmir. Early this year, it was Pakistan which was engaged on both fronts.

A ceasefire on the LOC immensely benefited Pakistan. It enables Pakistan to focus its forces entirely on the eastern front. Immediately after the ceasefire, there were reports of troops from LoC including some SSG moving to the Af-Pak region. We can only guess how they had been employed in the last six months.

That is our weakness and our mistake. There is a difference major difference in ceasefire violations when they happen on the LoC. Pakistan military is intentionally deployed inside the villages. When a military target is hit, the villages are vulnerable to be hit. At times, they do get hit. On this side of the LoC, India’s military is intentionally deployed away from the villages. Hence when our villages are hit by Pakistan, it is only when there is Pakistani intent to harm innocent civilians.

Pakistan is now more secure on the Western front as compared to a few months ago. So Imran Khan obliquely makes a reference in the UN General Assembly that the ceasefire will not hold. Why does Imran Khan hint that LOC may not remain incident-free? This is because Pakistan’s jihadi mercenaries who were fighting in Afghanistan are back. If Pakistan holds on to them for too long, it will face domestic pressure.

Pakistan cannot restrain them beyond a point. By alluding in the UN that the ceasefire will not hold, Pakistan has stated its intent. Over the last six to eight months, Pakistan has told the jihadi mercenaries who plan to infiltrate into India – we are not holding you, and we are not stopping you.

There has been no infiltration except from the Jammu sector. It is known that if Pakistan Army is not supporting the jihadis, the infiltration cannot take place. The recent surrender of LeT terrorist in Uri sector has thrown the lid off the direct complicity and intent of Pakistan to continue to push terrorists and weapons into J&K.

Pakistan has placed nothing on the table to signal any change of intent towards India. Hence India’s kinetic and mind space effort must be to make the cost of war very heavy for Pakistan. The cost must be heavy in all facets of National Power including diplomacy, economy, military, and information space.Peace can be negotiated only from the position of strength. India has the capability to prove military strength on ground. Winning kinetic battle is the start. This has to be the base for the battle for mind space.

Pakistan uses every platform it can to malign India. The Kashmir component of Imran Khan’s address in the UN General Assembly was again driven by falsehoods and malicious propaganda. When Pakistan’s intention towards India has not changed, anyone singing their tune within India is a radical or a naïve intellectual working against national interest. This has to be clearly understood by our leadership and also our people.

No Articulation of Change of Intent
There is no statement from Pakistan to prove that the intent of their leadership has changed. The events unfolding in Afghanistan and Pakistan’s participation in it has established Pakistan’s complicity. Imran Khan’s statements in UNGA have again established that Pakistan is always batting for Afghanistan.Pakistan is happy with the failure of the allied forces in Afghanistan and the success of the Taliban.

We Have to Make Costs Heavy For Pakistan
In all these spheres of National Power, we have to make the cost so heavy for Pakistan that it knows it cannot hit India. Pakistan’s treachery and its use of terror for strategic gains have landed it in trouble with the Financial Action Task Force (FATF).

With FATF, Pakistan is caught in a bind of its own making.But at the UN, we are not challenging Pakistan’s lies enough. Pakistan keeps bringing up the Kashmir bogey. Why aren’t we saying strongly enough – where are minorities threatened in India? Where is the data to prove that the minorities have lost in any way? What locus standi does Pakistan have to talk of minorities in India? Let it produce its own data on minorities – the way the numbers of minorities have fallen every decade, the rampant and blatant attacks on minorities. Macro gross figures are enough to prove India’s record of taking care of its minorities and the near extermination or conversion of Pakistani minorities.

Which media house has a dedicated Kashmir desk for the required research and articulation? Kashmir is the method for Pakistan to exist. Pakistan is the product of the two-nation theory. On account of its many fault-lines and inherent flaws, Pakistan is failing on multiple counts. Kashmir is Pakistan’s raison d’etre – the chief reason it is able to exist.

Make a study of the choices that India and Pakistan are making. India is focused on poverty alleviation, on heath, on Make in India, on economic progress and social welfare initiatives. Pakistan is focused most on beating the Kashmir bogey domestically and internationally so that all its failure in taking care of its citizens is covered. Google the credentials of the so-called academicians, activists and journalists who are labelled as Kashmir experts. Majority of them are from Pakistan or supported by Pakistan. Today it pays to be writing anti-India on J&K. You can avail fellowship and direct funding from ISI proxies. In the West, these self-proclaimed experts are overtly or covertly supported by ISI. Bankrolled by Turkey and ignoring the looming crises within, Pakistan remains steadily fixed on Kashmir.

Pakistan is entirely focused on poisoning its population in the name of Kashmir, and making false fantastic claims. For the average man in Pakistan or in Afghanistan , all that is stated by the Pakistani state on Kashmir is the truth. They believe that there is persecution of Islam in Kashmir. That is why so many Pakistani surrendered or apprehended terrorists have expressed surprise on hearing the azan in the Kashmir valley. They are unmindful that they have been duped. Pakistan has grabbed huge information space within its own territory and in Kashmir with its fake and fabricated anti-India narrative.

The average Kashmiri knows about the falsehoolds peddled by Pakistan on Kashmir. “Allah na karey, itna bura haal nahin hai”, the average Kashmiri is likely to say when confronted by Pakistan’s falsehoods. But for Pakistan’s domestic population, the lies peddled by their government on Kashmir are the truth. The radical mind space has occupied a large space in Pakistan society – the illiterate and the poorly educated is being groomed to be anti-Indian. They are incessantly fed the propaganda to inflame them on Kashmir. Pakistan is poisoning its future generations against India. This shall come with heavy costs for the deviant nation – Pakistan. This truth must reach Pakistan – and also the rest of the world.

How to counter information warfare
On September 28, General Officer Commanding (GOC) of the Chinar Corps Lt Gen DP Pandey stated that terrorists are entering India in connivance with Pakistan military commanders. Lt Gen Pandey revealed that terror launch-pads in Pakistan have been full for four to five months, and over the last one month, infiltration attempts have increased.

Ali Babar Patra, the teenage Pakistani terrorist captured by the Indian Army during a live encounter in Jammu and Kashmir’s Uri sector in the last week of September confirmed Pakistan’s propaganda on Kashmir. “We were told that the Indian Army is carrying out a bloodbath, but everything is peaceful here. I can hear the azaan (call for prayers) on the loudspeakers five times a day. The behaviour of the Indian Army is completely opposite to that of the Pakistan Army. This makes me feel that there is peace in Kashmir,” Patra said.