Pakistan Intent Is To Keep Kashmir Closed To The World 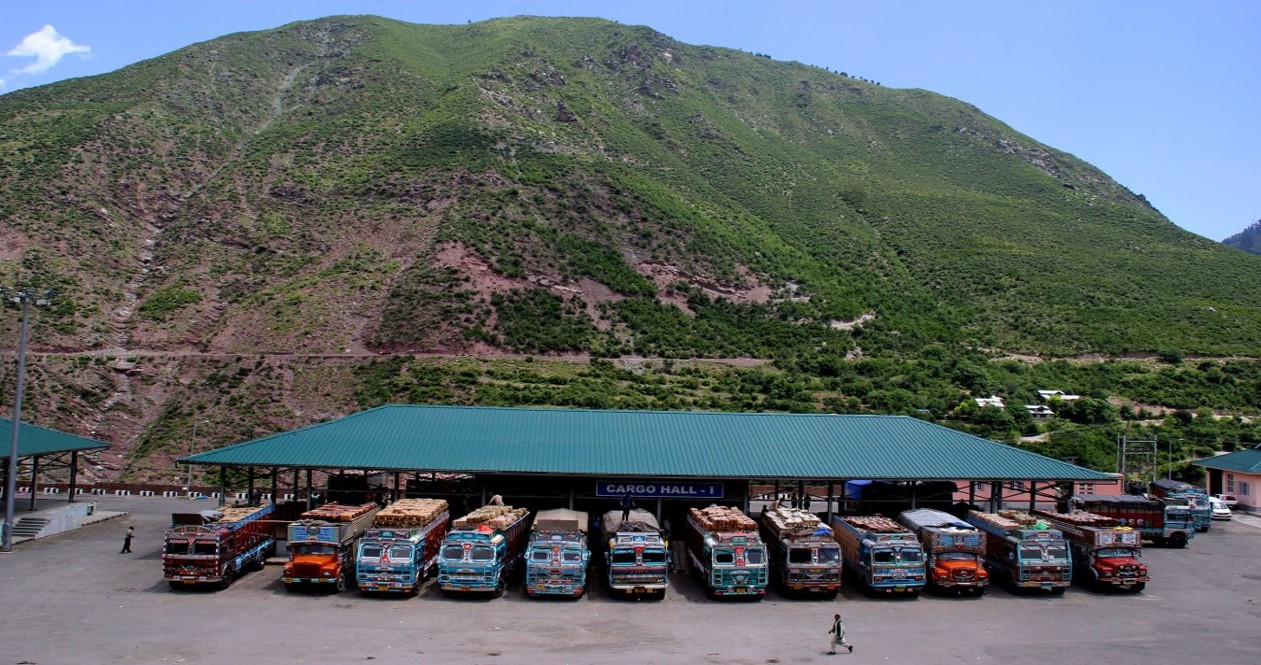 Earlier this month, Pakistan scored a self-goal. It is globally known that the Pakistan Army also has the significant portfolio of the country’s foreign relations and foreign policy. But one had not assumed that the Generals would be so blinded as to score a clear self goal.

Self goals arise out of misjudgment, and Pakistan scored a classic here. It refused to allow the use of its airspace for the direct flight between Srinagar and Sharjah. The Srinagar-Sharjahflight revived the direct air link between Kashmir Valley and the United Arab Emirates after 11 years. Most Kashmiris know that Pakistan is no friend of Kashmir. For over 30 years, Pak has bled Kashmir in its bid to make India hurt. Those few Kashmiriswho had remained star-struck are getting a lesson in Pakistan’s malice.

One would not have thought it was possible to better Pakistan’s self-goal on the denial of airspace. But Pakistan’s carefully nurtured strategic assets – the poster-boys and poster-girls of rage – manage to outdo their mentors. The gravy train from Pak works the magic. It makes them more loyal than the king.

Gowhar Geelani, one of Pakistan’s poster boys of rage could not digest the anger of the Kashmiris at Pakistan’s refusal of air space. Gowhar tweeted: Those tweeting rage about the airspace permission or denial for the Srinagar-Sharjah flights must also share the same sentiment in relation to the trans-Kashmir bus service and trade routes like the Srinagar-Muzaffarabad, Poonch-Rawlakot etc. You can’t selectively hail & deplore. Gowhar is a classic instigator. But sometimes, even those masquerading as intellectuals and the bearers of truth let their carefully cultivated mask fall. With his tweet expressing outrage on the airspace issue, Gowhar has picked up the ball and carefully and deliberately put it into Pakistan’s net.

Working on Pakistan’s payroll, Gowhar does not care that the so-called trade routes were used by Pakistan as instruments of narco-terrorism. He does not care that these routes were used to pump guns into Kashmir, to strengthen the terror ecosystem sponsored by Pak, and terrorise more and more Kashmiris. Every Kashmiri knows that the bus service failed because of Pakistan’s terror nexus in the region, supported by Syed Geelaniand others. The terror nexus turned the trans-Kashmir bus service and trade routes into well-greased smuggling networks. Weapons, drugs and hawala – all these flourished. The nexus killed the effort and has been complicit to snuffing any efforts to open trade or routes.

Some Statistics That Gowhar May Ingest – The Big Hauls

Cross-LOC trade was briefly suspended after discovery of cocaine worth INR 10 crore from a truck involved in this ‘trade’.

January 2014: Police seized 114 packets of Acetyl Morphine, a kind of heroin from a truck involved in Cross border trade. Kameshwar Puri, an officer involved in the find said, “We found 148 sacks of almonds, and 114 of them contained a one-kilogram brick of acetyl morphine, a kind of morphine, a kind of heroin, embedded in the centre. The drugs were completely pure, so after it reached its suppliers in India, 114 packs could easily been stretched to 500 Kgs.” Police investigation further revealed that the consignment was booked at the Chakoti Trade Facilitation Centre (CFTC) in Muzaffarabad in the name of Masroor Mir. Masroor had crossed into the Pakistan Occupied Kashmir in 1990s for arms training and has since then continued to live there. The camouflaging of the drugs in the packaging of ‘allowed materials’ creates less suspicion and detection.

Later in 2014: 3 Kg heroin was recovered from a truck involved in cross LoC trade.

February 2015: 12 Kgs of contraband substances was recovered from a Pakistani truck in Uri. The substances were carefully hidden in orange cartons.

March 2015: 2 kgs of heroin was recovered in Srinagar from two persons belonging to Jabra village in Uri, Kashmir

February 2017: A truck involved in transporting goods in the cross LoC trade with registration number JK03B-1586 while coming back from the other side was apprehended near Uri. A Chinese pistol, two magazines and 14 pistol rounds, 4 AK magazines, 120 AK rounds, and two Chinese grenades were confiscated from camouflage cavity of the truck.

July 2017: 67 kgs of cocaine worth INR 300 crore was recovered from a truck involved in cross border trade at Uri. The vehicle was a part of the trade project, carrying the number AJKXA-267.

Going by Gowhar’s playbook, if Kashmiris want that Pakistan airspace must be allowed for the Sharjah flight, terror sponsor Pakistan must again be allowed a free run in Kashmir for the supply of narcotics, arms, and ammunition. In April 2019, India suspended cross-LoC trade, alleging misuse of the facility by individuals linked to terrorist groups. Since then, Pakistan has focused on drones and terrorist infiltrators to supply narcotics and ammunition to Kashmir. Drones and terrorist infiltrators do not work as well as the charming façade of cross-border trade. Drones are a far more expensive deal for Pakistan. There is only a limited amount of narcotics and ammunition that the drones or terrorist infiltrators can carry. And both invite far more international censure and condemnation if caught.