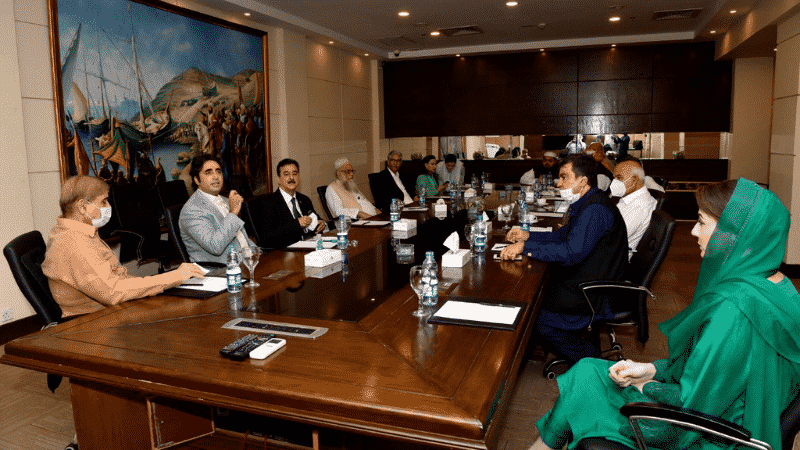 So far one thing is clear: the experiment of 2018 has failed. The state institutions had cooperated unprecedentedly and the media coverage was all favourable. Still, the government could not deliver. Once again, there are slogans for change. There is a serious demand for a “grand national dialogue“. The reason for that is that the state is facing most of the challenges, not the government. Therefore, there is an urge to have a grand dialogue at the national level. The reasons for holding the dialogue are:

These are the challenges that Pakistan is facing at the moment. To deal with them Pakistan needs to ensure ‘unity’ at the national level. Otherwise, the country will face a civil war. The Supreme Court Bar Association should aim at organizing a Grand National dialogue. Or a council of elders can be formed which would include people like Gen Abdul Waheed Kakar and others. The dialogue would engage the government, the army, and the opposition. The dialogue would have four goals to