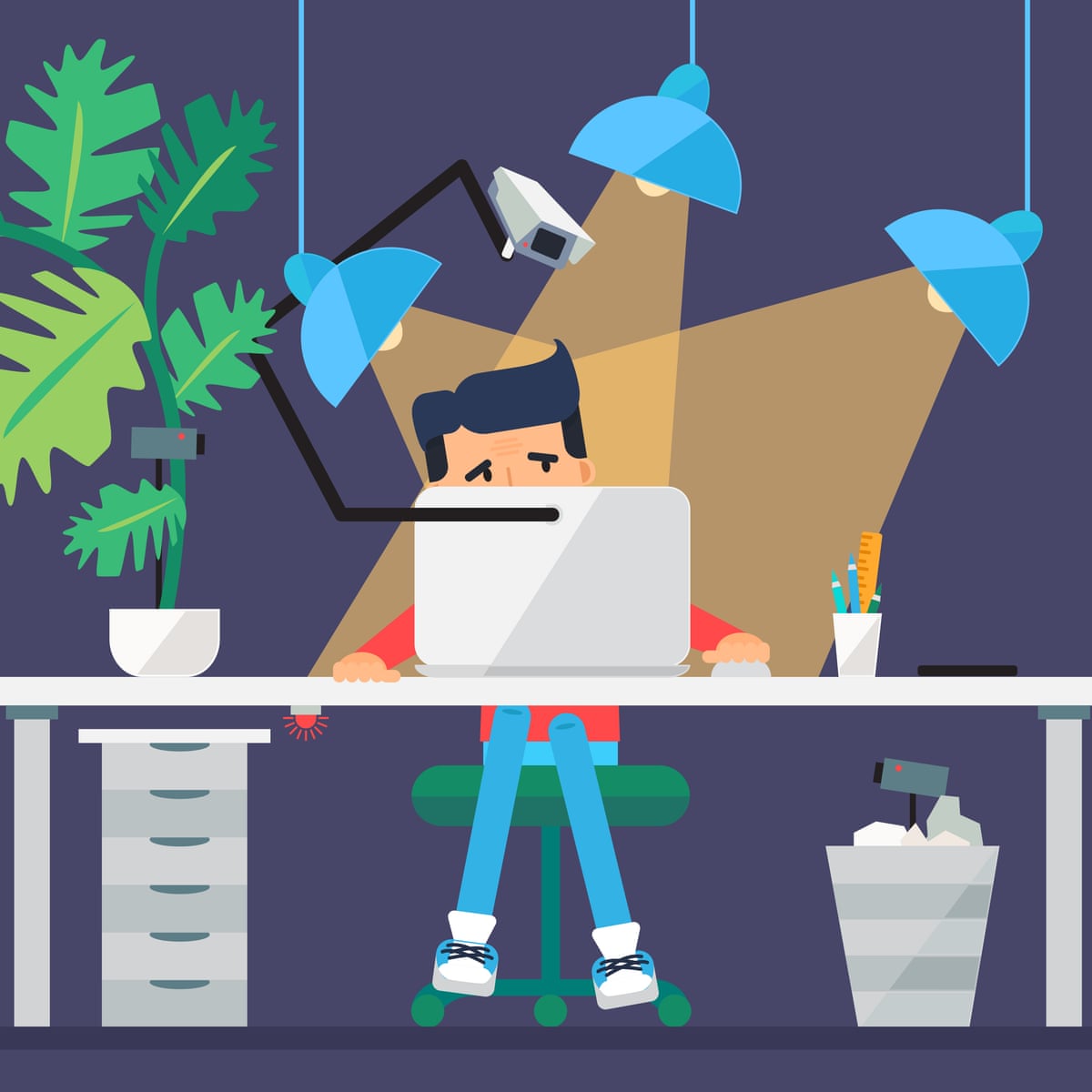 As journalist Bilal Farooqi was led to a dark cell in a police station in the southern Pakistani city of Karachi, a dirty towel hooded over his head, he prepared for a long night ahead. “I had been thinking, as soon as I had been brought to the police station, the first thing in my mind was that I’m definitely going to be fired,” he says. “I realised that it was going to be a tough few hours.” Farooqi’s ‘crime, for which he was arrested under PECA at his home on the evening of September 11, was to have tweeted criticism of the Pakistani government and military, particularly regarding the actions of a religious organisation known for inciting violence against the minority Shia Muslim sect.

He was arrested under Pakistan’s Prevention of Electronic Crimes Act (PECA), a law passed in 2016 that regulates Pakistanis’ use of the internet and authorises the government to censor content. Increasingly in recent years, PECA defamation clauses have been used to target journalists and rights activists who express dissent against the government and the country’s powerful military, which has ruled Pakistan for roughly half of its 73-year history. Last month, the government made public a new expansion to PECA that would outlaw online criticism of the government and public office holders; allow the government to ban online platforms like Facebook, Twitter and YouTube; and require all platforms including messaging apps like WhatsApp to share users’ decrypted data with authorities without judicial oversight.

On Tuesday, authorities said they were withdrawing the explicit ban under PECA on criticising the government, but maintained other provisions that have been used to block online dissent and arrest those who express it. The PECA require large technology and social media companies to establish offices and data centres on Pakistani soil within 18 months, give the government the power to impose fines of up to $3.14m and allow authorities to block online platforms for violations of government censorship and data surveillance requests. Rights groups have decried the laws as an attempt to muzzle free speech and dissent online, while major technology companies like Google, Facebook and Twitter have threatened to pull out of Pakistan entirely if the regulations are not amended.

“Their goal appears to be complete control over information by the state, and for the state to have total hegemony over information,” says Farieha Aziz, co-founder of digital rights group Bolo Bhi. “They want to turn the internet into another PTV the state-owned television news channel.” Amin-ul-Haque, Pakistan’s information technology minister, said the government supported freedom of speech, but would not tolerate certain forms of content. “The government of Pakistan will not tolerate three things in any form”. “Hate speech, number one. Number two is anti-state content, and number three is vulgarity.” The process of formulating the rules, digital rights activists and other stakeholders say, was flawed from the start.

In February, the government enacted a similar version of PECA, dubbed the Removal and Blocking of Unlawful Online Content (Procedure, Oversight and Safeguards) Rules, that was swiftly rejected by technology companies and rights groups as being too broad and granting authoritarian powers to block and monitor content to the Pakistan Telecommunication Authority (PTA), the country’s internet regulator. Days later, Prime Minister Imran Khan ordered that version of the rules to be rescinded and for a consultative process to be launched to revise them. Aziz said several rights groups boycotted the initial consultations “as just an eyewash”. Individual companies and stakeholders did, however, hold consultations with the government, the results of which were never made public. “There was no transparency on what conversations happened or what was discussed,” says Aziz, whose rights group held independent consultations to which the PTA was invited but did not attend. “Typically, consultations require drafts being circulated for public input, white papers to be released and other forms of disclosure as well.”

Since March, the PTA held several consultations with technology companies on the rules, including social media giant Facebook, which has more than 11.5 million users in Pakistan, and the Asia Internet Coalition, a regional organisation that represents Google, Facebook, Twitter, Amazon and other tech giants. “We tried to tell them that you cannot blanket ban things,” said a social media company representative with knowledge of one of the meetings, speaking on condition of anonymity. “You need to keep certain principles in mind. You can’t just ban everything that you don’t like.” The representative said the government ignored all of the social media company’s concerns, particularly those regarding requirements for large companies with more than half a million users, like Facebook, Twitter and others, to establish data servers on Pakistani soil.

“We had a consultation, they listened to us, and then there was nothing. We repeatedly asked for an updated draft, and were not given it,” said the representative. “They heard people one time everything we said to them, none of that was taken on board.” A second representative of a major social media company, also speaking on condition of anonymity, confirmed that their company had aired concerns regarding the new regulations. The Asia Internet Coalition (AIC) issued a statement shortly after the release of the rules that corroborated that account. “AIC members are alarmed by the scope of Pakistan’s new law targeting internet companies, as well as the government’s opaque process by which these rules were developed,” said Jeff Paine, AIC’s managing director. “It’s chilling to see the PTA’s powers expanded, allowing them to force social media companies to violate established human rights norms on privacy and freedom of expression.” IT Minister Haque, however, denied the accusations, saying that a consultative committee “took all stakeholders on board”.

One of the core concerns of rights groups and technology companies has been around the requirement for all online platforms in Pakistan to provide decrypted data to law enforcement authorities without a warrant. The new rules require such companies to provide “any information or data or content or sub-content contained in any information system owned or managed or run by the company in decrypted, readable and comprehensible format or plain version”. Aziz, the rights activist, says the broadening of the government’s power to surveil citizens’ data is part of an ongoing tightening of freedom of expression “to shrink and control this space”.

“Even when PECA was being introduced, we said this fits a larger pattern,” she said. “This is not just a law for the internet, it is also there to muzzle dissent and to expand law enforcement powers and we’ve seen encroaching powers, the censorship, the use of police cases to threaten freedom of expression, the blocking, the muzzling of dissent.”

For Facebook, which owns the WhatsApp messaging platform, a ubiquitous app for Pakistan’s more than 85 million cellphone broadband subscribers, and others, the question of breaking encryption would be fundamental to their business. “We do not do that anywhere in the world. Breaking encryption is a huge debate that is happening globally right now, and it is not something that our company would do,” said a major social media company representative. The requirement to break the encryption could also cripple local technology-driven businesses that require secure communications for financial transactions. “E-commerce and e-banking will all suffer because it will make that whole system vulnerable,” says Aziz. “They want gateway level filters that do deep packet inspection.”

Companies will ‘struggle to survive’ Under PECA

The potential effect on Pakistan’s fledgeling technology industry, which recorded more than $1.19bn in exports in 2019, according to central bank data, and is valued locally at more than $1.2bn, could be huge. “It’s important to realise that the big companies like Facebook and others have a lot of impact on the tech ecosystem in Pakistan,” says Hija Kamran, digital rights lead at rights organisation, Media Matters for Democracy. “They routinely fund startups and small and medium-sized companies to conduct their businesses. If and when they decide to pull their operations from the country, the implications can be drastic.”

The new regulations set a fine of up to $3.14m for companies that fail to comply with any part of the rules, including requirements to accede to government censorship requests within six hours in some cases. “Local Pakistani businesses, especially small and medium-sized enterprises, cannot afford to pay these fines,” says Kamran. “The effect is pretty clear they will struggle to survive in a legal regime that constantly threatens their opportunity to do business.” Legal experts say the new rules could also be in breach of Pakistan’s constitution on both freedom of expression and the scope that such regulations which are passed by administrative decree rather than a parliamentary majority can have.

“The fundamental issue in relation to the rules is that the rules cannot beyond the statute PECA,” says Zahid Ibrahim, a lawyer in Karachi. “This is delegated legislation but it seeks to expand what was supposedly unlawful under the PECA law.” Banning dissent, muzzling journalists. The main areas of concern for rights groups are the clauses of the regulations that deal with banning content based on the “the glory of Islam“, “the integrity, security or defence of Pakistan” or “public order, decency or morality”.

In recent years, rights groups such as the Committee to Protect Journalists and Reporters Without Borders have documented a sharp increase in censorship of coverage of dissent and criticism of Pakistan’s government and military. Certain opposition politicians’ speeches are blocked from television news coverage, editors are routinely sent “advice” on how to cover events and coverage critical of the military is commonly muzzled, journalists have told Al Jazeera. The new rules say, journalists, are an attempt to expand that control to online and social media, which has remained largely freer than traditional media such as television and newspapers.

One of the tweets for which Farooqi, the journalist, was arrested included a reference to an article in his newspaper that had been censored by the authorities. The tweet was accused of being “anti-state”. “The motive behind my arrest was clear: to end criticism, and the larger motive is to send a message of deterrence, to show that if I can be picked up, then anyone can be picked up.” Farooqi believes the aim of the laws, as demonstrated by how they have been applied, is to curb all dissent online, whether by journalists or regular citizens. “The state is not in the mood to tolerate any dissenting views. They want that no-one should ever oppose their policies. That these are our policies, everyone must accept them. You are not to say anything about them, ever. “The little bit of space that is left for journalists and citizens, they want that to be finished.”