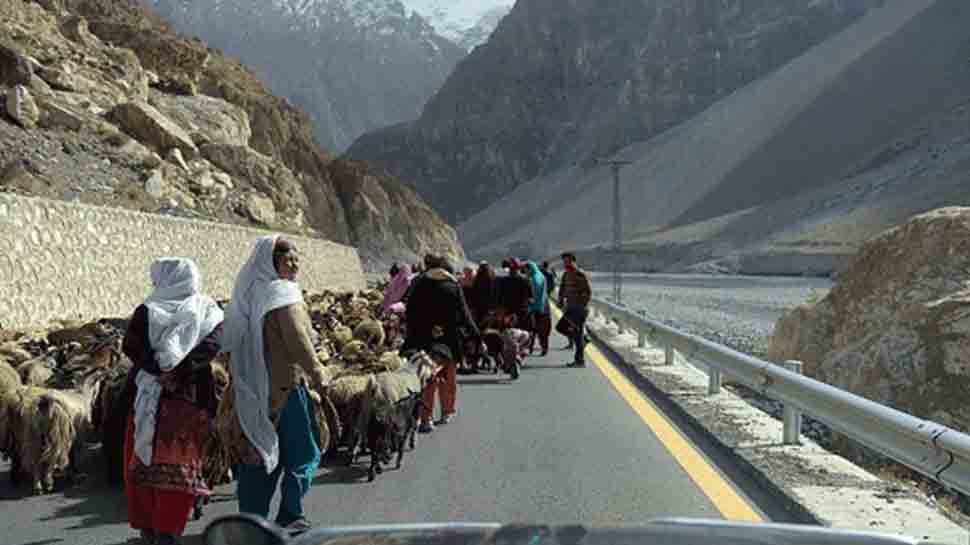 At a panel discussion on ‘Rhetoric vs Reality: Comparing Human Rights & Development in J&K and PoJK-GB’ organized by Law and Society Alliance and Defence Capital, the activists noted that accepting and acknowledging that a genocide took place against minorities in Jammu and Kashmir (J&K) and this was fomented by Pakistan-sponsored Jihad, will be the first step to heal the deep wounds that have been perpetrated.

People of Pakistan-occupied Kashmir (PoK) and Gilgit-Baltistan (G-B) are living under hell, like slaves, and are denied all forms of human rights, including freedom to practice religion of their choice, speak their language or follow their culture and customs, global human rights activists have said.

At a panel discussion on ‘Rhetoric vs Reality: Comparing Human Rights & Development in J&K and PoJK-GB’ organized by Law and Society Alliance and Defence Capital, the activists noted that accepting and acknowledging that a genocide took place against minorities in Jammu and Kashmir (J&K) and this was fomented by Pakistan-sponsored Jihad, will be the first step to heal the deep wounds that have been perpetrated.

The event marked the release of the Hindi and Urdu versions of the study report ‘Human Lives Matter: Comparative Study of Human Rights and Development in Jammu and Kashmir and Pakistan-occupied Kashmir and Gilgit-Baltistan’.

Pakistan-origin human rights activist Arif Aajakia, joining the online discussion from London, said, “We have been seeing the havoc Pakistan has caused in Kashmir for over 70 years. Pakistani Army has kept the issue burning as this conflict provides its leadership their bread and butter.” He said, the entire G-B has been mortgaged to China. “Basically, the people of G-B and PoK are living under a hell, like slaves. We also see that the demography has entirely changed in these two regions.”

Aajakia said, whereas people of India in the state of Jammu and Kashmir enjoy human rights, eat Kashmir food, speak Kashmiri language, and wear Kashmiri clothes, and practice Kashmiri customs for the last seven decades, people of PoK and G-B cannot speak in their mother, cannot wear ethnic clothing, practice local customs, and have no freedom of religion, or language. There is also a demographic change that has happened in PoK and G-B.”

A key Kashmiri voice, social activist Sushil Pandit, in his arguments, said the comparison between J&K and PoK was a bit odious. “Because Pakistan came into existence on an exclusivity principle based on incompatibility. It asserted that Muslims cannot live with Hindus, therefore, they need a separate state. They failed to explain how Muslims continued to stay with Hindus for centuries now.”

Pandit said, India’s plurality is visible in all aspects of its national life, be it languages, ethnicity, culture, food, clothing, religion and even Gods. “Pakistan’s singular exclusivity begins with God and narrows down to language. Why did Pakistan lose Bangladesh? Because it practiced hatred towards the Bangla language and the Bengali race, used it as a colony, and denied them their legitimate political share in power. Now, they are attacking the plurality even within Islam. Look at Shias, Hazaras, Ahmedis, and Balochs. Now they are talking about ‘Takfiri Islam’ — who is a true Muslim?”

The Delhi-based activist said Pakistan was not true to its Punjabi culture and language. “At the Lahore Literature Festival last time, not a single Punjabi book was seen or was talked about. To speak in Punjabi even in the Punjab Legislative Assembly is banned. This is also what they have done to Kashmir and Kashmiris. We are talking about an anomalous state, a diseased state.”

As the way forward, he suggested that the world needs to be honest in acknowledging what happened in Kashmir and its responsibility to deliver justice. “What is happening in Kashmir is Jihad – naked and unabashed Jihad. This is not about disenchantment and alienation or about development or anything else. It is about a civilizational assault.”

Sonam Mahajan, a social activist and geopolitics commentator, highlighted from the reports of the Law and Society Alliance that India has done much better in human rights and development indexes than Pakistan.

On the linguistic freedom in both the regions, Mahajan said Dogri, Kashmiri, Urdu, and Punjabi are spoken and these languages flourish in Jammu and Kashmir, whereas in PoK, there is a clear language imposition: Only Urdu. “Pakistan just wants to exploit the vulnerable people in Jammu and Kashmir – who feel vulnerable for no reason! You can see how the rest of the country is doing without carrying baggage.”

He called for working on counter-radicalisation measures in Kashmir. “Kashmir people want to do all those things that an average Indian is doing.” He said, the youth of Jammu and Kashmir do not want to raise ISIS flag. “To hell with Pakistan or what their proxies do. I have a strong faith in India and the Indian Army. I trust them and believe that they would stop the enemy where they are standing.”

Ajmer-Sharif Gaddi-Nishan and Chairman of Chishty Foundation Haji Syed Salman Chishty said he was certain the latest reports from Law and Society Alliance will “expose the fictitious stories and narratives peddled by Pakistan, and help people to know more about the actual situation pertaining to J&K, PoK and G-B. It shall also help in raising the unheard voices from the region.”