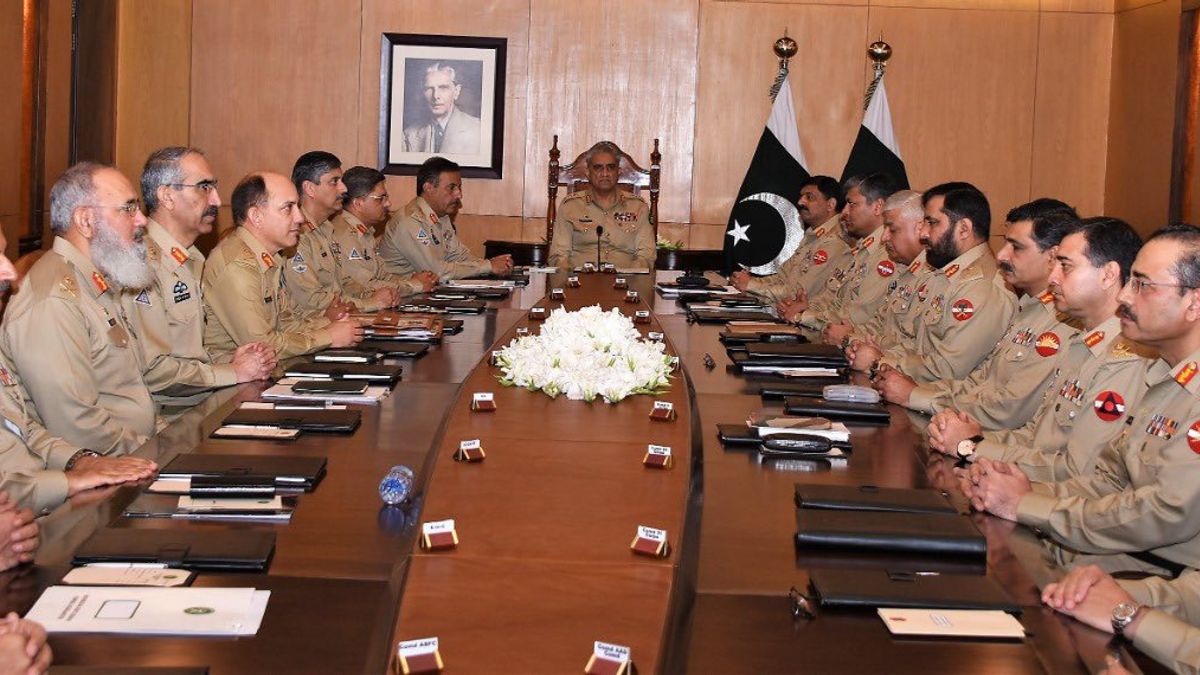 Addressing people on the occasion of the laying of the foundation laying in Chakwal, Prime Minister Imran Khan declared the opposition’s demand as an invitation to the army to intervene in political affairs. The Prime Minister said that the only demand of the opposition was that it should get NRO somehow. He said that the army was being asked to bring down the democratic government and if the army chief did not remove the government then the army should remove the army chief.

The Prime Minister condemned the attack on the army by the opposition and said that the language used by the opposition against the army was akin to that of the Indian propaganda machine. In this regard, he also referred to the recent report of the DisinfoLab. Our neighbours, India and Bangladesh, have learned how to exercise the mandate of their people in the true spirit of democracy. Thus, they have achieved democratic stability in their political system despite complaints of corruption, nepotism, and bribery.

They have not even learnt to wait for their turn, which is an important element of the democratic tradition. At the time of the 1970 elections, the military, and the establishment faced a major front. The result was a breakdown of political governance and a lack of timely dialogue. The country was divided but all the blame was laid on the soldiers who were sacrificing their lives to save the country. Political parties got chances to promote real democracy after the long rule of General Ayyub Khan, Ziaul Haque and Parvez Musharraf. The status of political parties is determined by their manifesto and “adherence to internal democratic values enshrined under the constitution in all conditions.”

Political parties do not hold elections for acquiring positions; instead, the method of nomination is adopted while the positions are given away by the leader. Therefore, the more sycophantic one is, the more important he becomes in the eyes of the leadership. In these circumstances, by democracy one means removing obstacles that come in the way of one’s throne. The PPP and PML-N have been in power for 35 years. They are still in power at one level or another. When the two parties signed the Charter of Democracy in London in May 2006, they pledged not to use unconstitutional means to remove each other from power and not to ask the military to intervene.

However, now both the parties have acknowledged that they would abide by constitutional and democratic values in all circumstances. When the PPP came to power in 2008, it largely respected democratic traditions, but the PML-N and its leaders could not live up to their promise as opposition and continued to urge the military to intervene. The PTI is a political reality, but the PML-N and the PPP are constantly insulting the mandate of millions of people by mocking the PTI as the selected party of the army. PDM did not discuss democracy in its meetings, its entire focus is on the removal of the government mentioning the army in the wrong context.

This is not politics or democracy. In fact, it is fascism that asks for relief from the state only for a few families. The Prime Minister rightly pointed out that if the opposition refuses to negotiate with the elected government and insists on negotiating with the institutions, it means that it ignores the five-year mandate given to the government and breaks the promise made in the Charter of Democracy. The Pakistani military is currently battling Indian, Afghan, Israel, and US agencies. The opposition must ensure consciously that it does not run after political interests and engage in anti-national security activities.