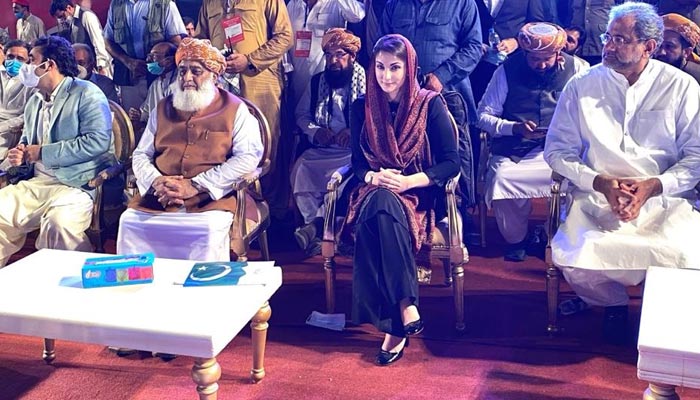 Despite all the big claims made by the government, the rallies of PDM have attracted big crowds. The last rally at Multan has set a new direction for the whole movement. The government tried hard to stop the rally but could not. The local administration, after Prime Minister Imran Khan’s announcement that no public gathering would be allowed because of the second wave of the Covid, had locked the doors of Qila Qasim Bagh stadium where the PDM rally was supposed to take place. It had also started arresting PPP workers as the party was hosting the Multan rally. One day prior to the rally, PPP supporters along with PML-N supporters broke the locks and entered the stadium. Thus, the event did not only unite PDM but also the workers of different alliance parties.

The presence of late Benazir Bhutto’s daughter Asifa Bhutto Zardari made the Multan rally even more interesting. With Asifa and Maryam Nawaz on the same stage, the next generation of the main two political parties was also united in Multan. The leadership of both parties has played a crucial role to create an environment of cooperation and consensus. The criticism by PML-N leaders like Shahbaz Sharif and Shahid Khaqqan Abbasi of the government’s plan to roll back the 18th Amendment was received well by the PPP leadership. This was the first time that PML-N supported the autonomy of the provinces publicly.

There should be no scarier moment for any status-quo ruling party than the consensus among opposition parties in the country. If the current movement by the opposition drags on, it would bring PPP and PML-N closer. Unlike in the past, the situation is different this time. At the time of presenting the “Charter of democracy” in 2004, it was the leadership of the two parties that had come closer. This time the workers of the parties are coming closer.